Shipping heads demanded funds raised should go back to the industry to help pay for future fuels. But it also heard compliance would be ‘perhaps not as challenging’ for companies as other proposals in the EU Fit for 55 package

None of the funds raised by bringing shipping companies into the EU’s carbon market are earmarked for the industry, Carnival Corp’s Tom Strang told a panel discussion. He said shipping needed the funds to pay for future fuels infrastructure 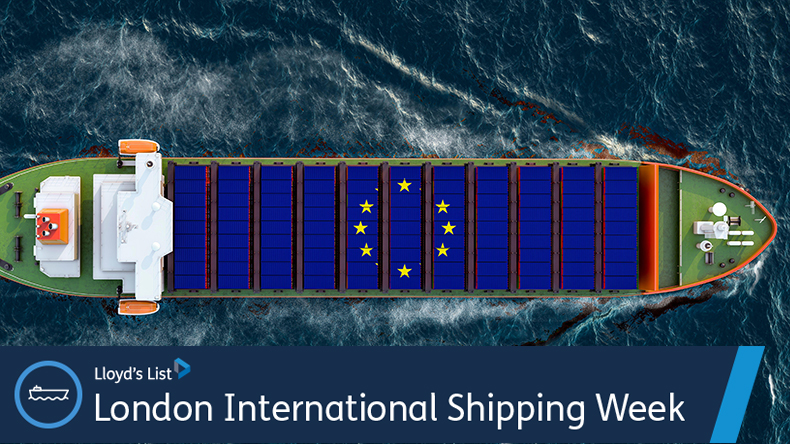 Source: Olekcii Mach / Alamy Stock Photo Most of the funds raised by the EU’s emissions trading system were divided among EU states.

NONE of the funds raised by shipping’s inclusion in the European Union’s carbon market are earmarked for the industry under current proposals, it has been claimed.

“As far as I can see, none of the funds that the member states have allocated from the ETS are earmarked for maritime. Not a single one,” said Carnival Corporation senior vice-president for maritime affairs Tom Strang. “This has got to change.”

Shipping’s proposed inclusion in the EU’s emissions trading system is a key plank of the Fit for 55 legislative package, and would represent a significant move toward pricing the industry’s carbon dioxide emissions.

Speaking during a Norton Rose Fulbright panel discussion, Mr Strang called for more of the funds to go back to maritime to help pay for the huge costs of rolling out the infrastructure needed if hydrogen or ammonia were to be viable future fuels.

Transport & Environment sustainable shipping officer Jacob Armstrong said most of the funds raised by the system were divided among EU states and a small amount went to the EU Innovation Fund, which was projected to reach about €20bn ($23.5bn) in the next 10 years.

Mr Armstrong said shipping companies could apply for money from the Innovation Fund and some already had.

T&E, an environment group, was pushing to have funds go directly back into shipping, but earmarking was difficult for regulatory reasons, Mr Armstrong said.

The panel was told smaller owners could go into pools to help share the administrative and compliance burden of the emissions trading system.

Some ship operators could move away from Europe to avoid paying the costs, but the risk of this could be lessened if the scheme was properly implemented.

Mr Strang said the ETS should not be looked at in isolation, but as part of the whole Fit for 55 package, which also included the FuelEU Maritime proposals on reducing carbon intensity of ship fuels.

“It’s going to be challenging, but I think it perhaps is not as challenging as some of the other proposals we’ve seen,” he said, adding that some of FuelEU’s discussions around mandating shore power for ships were “unrealistic”.

He said few impact assessments had looked at the challenges for the cruiseship sector. “Once we do things that are going to make fundamental changes, it’s got to be done on the basis of facts and reality,” he said.

The industry would have to wait and see if the ETS was the best market-based measure to lower emissions. Mr Strang hoped the challenges could be ironed out in coming months, adding there was “an awful lot of uncertainty”.