Why COP26 matters to shipping

Shipping’s chicken and egg COP conundrum requires the industry’s coalition of the willing to present 2050 net zero as an achievable reality, even while shipowners struggle with the reality of that ambition

Regulatory uncertainty may be trumping climate urgency as shipping stumbles in the race to zero, but the maritime sector must avoid being perceived as laggardly in its decarbonisation ambitions. Progress at COP26 will directly inform the pace of change inside the IMO. Failure will slow investment, undermine the IMO and amplify financial risk for the entire sector 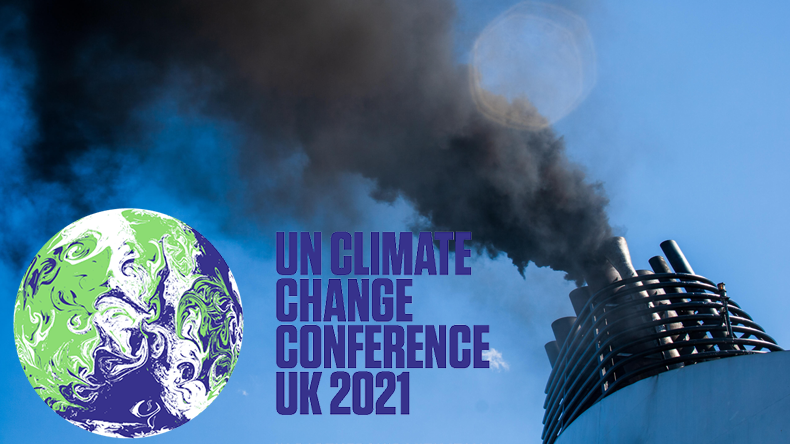 Source: Main image: Alamy Stock Photo Shipping needs to put on a good show in Glasgow. Its future depends on it.

TRANSLATING political statements and corporate commitments into gigatonnes of carbon dioxide is hardly an exact science, but in the run-up to the November climate summit COP26 the shipping industry is desperately trying to make the rhetorical, tangible.

The steady stream of calls to action, commitments and pathways is about to turn into a flood as companies, alliances, and governments jostle for position in a bid to present a suitably ambitious strategy for shipping’s zero carbon timeline.

This is no mere marketing greenwash. The success, or failure, of this positioning exercise will ultimately steer the direction of regulation in shipping for the next decade, either sustaining, or potentially undermining the continued mandate of the International Maritime Organization as the industry’s primary regulator in the process.

Shipping needs to put on a good show in Glasgow. Its future depends on it.

The race to zero will not be won in the maritime sector without a major regulatory push — that much is now at least a consensus position across a maritime sector divided over policy priorities.

But the chicken and egg nature of climate change politics requires the industry to be deemed suitably advanced from a business perspective to warrant prioritised policy amid a slew of competing sectors vying for national and international interests.

That could be a hard sell.

As eye-catching as Maersk’s green methanol order was, the zero-carbon fleet orderbook remains a series of pilot projects awaiting scalable infrastructure, rather than viable orders.

For all the talk of ambition, the majority of shipowners are waiting for regulatory clarity and available zero carbon infrastructure before strategic decisions and investments are made.

There are two distinct conversations happening within shipping simultaneously. The first is an internal industry conversation about the practical, pragmatic choices being taken by companies daily in a market where zero-carbon infrastructure does not exist at scale.

“Of course every progressive shipowner wants to zero carbon ships, we want to we want to be part of the solution. But we need to do it economically,” explained Ardmore chief financial officer Paul Tivnan.

“The ambition for 2050 is there, but the reality right now is that you have two trades — those companies that are trying to run modern efficient fleets, and others that probably won't until the regulation forces them to. It’s a fine balance for owners and you don't want to go too early.”

But even as regulatory uncertainty is trumping climate urgency for the majority of the industry, there is a second conversation focused on political influence, rather than market reality.

Those corralling the industry into presenting united 2050 targets are doing so with the knowledge that shipping’s race to zero won’t be won without a major regulatory push.

The differences of opinion over the extent to which the IMO initial greenhouse gas strategy is aligned to the global temperature goals of the Paris agreement, are no longer the battleground.

Here the priority is to make a suitably bold commitment to accelerating zero-carbon investment in a bid to convince governments to match them with the required policies that will, in their words “supercharge the transition and make zero emission shipping the default choice by 2030”.

The Global Maritime Forum will on Wednesday unveil the latest tranche of its ‘Getting to Zero’ campaign that will see over 150 high profile signatories from across the maritime sector commit to the scaling and investment required to deliver full net zero decarbonisation of shipping by 2050.

It is the latest in a series of high-profile attempts to present a coalition of industry leaders from shipping, finance, ports and charterers as the pace setters for the rest of the industry to follow when it comes to greening maritime. And there are signs that such efforts are gaining momentum.

Those attending keynote conferences during London Shipping Week heard container giant MSC and class society Lloyd’s Register both talking up the commercial reality of a viable ocean-going net zero vessel being available in the market within 24 months. They were joined by numerous associations and companies keen to use any industry platform to stress the need for pace and scale, all backed by a chorus line of ministers and climate tzars urging audiences to “turn ambition into commitment”. Meanwhile, the artfully scheduled announcements of COP26 action plans were revealed to the assembled ranks of those who will travel to Glasgow in November to make the case for shipping.

Much of this may feel like marketing rather than progress, but it is marketing with a critical purpose.


Why COP26 is crucial

In 2015, governments set a destination with the Paris Agreement —to limit global warming to 1.5-2°C above pre-industrial temperatures — but failed to agree the means of getting there. Governments made national pledges to cut emissions but, the Paris documents called on signatories to promise more every five years — starting in 2020.

COP26 is therefore a crucial moment in terms of climate policy. However, it will not directly discuss shipping targets. So why does COP26 matter so much to maritime?

The answer lies inside the IMO, where the opening gambits that will ultimately decide how carbon is priced into maritime trade, are being played out.

The proposals for so-called market-based measures submitted to the next Marine Environment Protection Committee meeting in November will realistically only mark the start of a difficult political process within the IMO, the outcome of which will largely depend on government positions yet to be decided.

Progress agreed at COP26 will directly inform the direction of national strategies, ultimately opening up, or closing down the debates that follow inside the IMO.

Back in 2013 when market-based measures were last on the table, the IMO debate spectacularly imploded as climate economics created a schism between developed and developing nations.

While the strategic roadmap for the IMO has since been agreed, much of the underlying tension related to MBMs has not fundamentally changed in the intervening years and even the most optimistic IMO insiders privately concede that they remain unsure how the debate will play out based on current national positions.

The IMO, meanwhile, is also no longer the only show in town.

The European Commission’s proposed “Fit for 55” policy package creates an incentive for the shipping industry to accelerate its decarbonisation efforts, but without a coordinated global framework the fragmented middle majority of shipping will struggle to match the pace-setters. Strong leadership in the private sector could yet play a key role in raising the ambition of policy makers and advocating for more effective, and more global policies.

Such positions are not decided within the IMO, but a positive outcome to COP26 could help unlock the political impasse in shipping, translating into an accelerated timeline within the IMO.

“The conversation heading into the UN General Assembly and then COP26 is going to be crucial for shipping,” said Lloyd’s Register’s global head of sustainability Katharine Palmer, who also acts as the shipping lead for the UN High-Level Climate Champions Team.

While shipping will unlikely be able to lobby for any significant change to the outcome of COP26, by presenting an ambitious and coordinated pitch of the industry’s alignment with climate science and readiness to invest in zero-carbon technology, the collation of the willing hope to assuage political concerns that shipping be pigeon-holed as a laggard sector.

“The key objective of these political summits is to secure increased ambition from states, while also mobilising finance and increasing the scope of collaboration,” said Ms Palmer. “We want to see that momentum then translated back into the IMO discussion from member states. To do that we have to show that shipping is ready to go from a business perspective with a level of ambition aligned to the political commitments. We need to give that clear message to the governments and regulators that they just now need to provide the framework and supports.”


Climate risk is real for shipping

The counter to all this is what happens should the collation of the willing fail in its bid to assuage political concerns that shipping be pigeon-holed as a laggard sector?

Here the predictions become somewhat starker, if not more general.

Warnings of regulatory regionalisation and challenges to the IMO’s mandate have to a certain extent already materialised. Unilateral action controlling shipping calling at European ports from 2023 is now a given and increasing national restrictions and a fragmented patchwork of regulation now seem inevitable given the pace of consensus agreement within the IMO structure.

But perhaps the more significant risk yet to fully emerge will be financial, rather than regulatory.

According to the former governor of the Bank of England Mark Carney, companies and industries that are not moving towards zero-carbon emissions will be punished by investors and go bankrupt.

As far back as 2015 Mr Carney described a possible “Minsky moment”, named after Hyman Minsky, an economist, in which investors’ expectations about future climate policies adjust sharply, causing fire sales of assets and a widespread repricing of risk. That could spill over into higher borrowing costs.

Such general scenarios from economic Cassandras have largely been written off as alarmist by shipping industry leaders until recently, but with investors and lenders now firmly focused on the outcome of COP26 and increasingly viewing environmental, social and governance policy as a filter through which investment is being considered, attention is now being paid.

Mark Lutes, senior adviser on global climate policy at WWF Climate & Energy, said: “If the rest of the world is decarbonising, and the global shipping sector is not doing its part, there will probably be more draconian measures applied that may be more expensive and disruptive to the sector.

“If companies want their business model to survive these kinds of changes, they should be building these in their plans already. Otherwise, we are going to see a lot more stranded assets, bankruptcies and failures in the sector.”

BIMCO urges talks at IMO before adoption of market-based measure

The Lloyd’s List Podcast: How to comply with decarbonisation rules even before they have been set