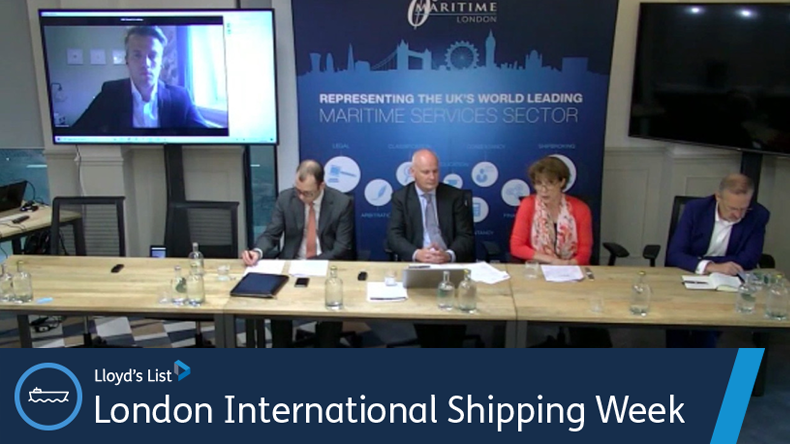 A panel heard that China's blocking legislation poses risks for shipping in that the US controls the money, but China controls the trade.

THE next big risk for shipping is the implementation of Chinese blocking laws to counter US sanctions if geopolitical tension among the two dominant countries increases.

The claims were made at a London International Shipping Week insurance industry event, during a panel moderated by the International Group’s sanctions expert, Mike Salthouse.

Mr Salthouse, global director of claims for North of England P&I, has lobbied US, European Union and UK government officials extensively on sanctions implementation on behalf of the wider global P&I sector.

China and the EU are using so-called counter sanctions, known in Europe as a blocking statutes, that protect against sanctions with extra-territorial reach beyond a country’s own companies and citizens. This includes US secondary sanctions on Iran.

While US enforcement of sanctioned Iranian oil trades has left tankers a highly visible compliance target, tracked by government agencies and industry alike, Iran’s container fleet has sailed under the political radar and continued to quietly trade with international partners

The blocking statute has placed European companies in (untested) conflict with EU regulators in what Mr Salthouse said was a “damned-if-we-do-and-damned-if-we-don’t” position with the US over Iranian oil trades.

“What we’re all now worried about is where we have a large country just as important as the US to global trade, and we’re talking about China, which now has its own blocking legislation and the risk for our own industry is that the US controls the money, but China controls the trade,” he said.

“And that’s a really difficult position to be in if you’re involved in shipping.”

International shipping is mostly done using the US dollar, while China is crucial to seaborne trade.

The country imports three quarters of the world’s iron ore, one fifth of all crude and 18% of all coal shipments. Container lines ship millions of teu to the US from China.

Shipping found itself on the front line of US sanctions implementation on Iran’s and Venezuela’s shipping and oil sectors that were imposed more than 20 months ago, with insurers and banks among marine service providers targeted to ensure compliance.

Mr Salthouse said that P&I clubs were expected to police sanctions enforcement which had been “quite challenging”.

A subterfuge fleet of some 180 vessels has evolved over the past two years dedicated to sanctioned trading, using deceptive and illicit practices to evade detection and regulatory scrutiny.

These include simple measures such as switching off vessel-tracking devices, or painting over a vessel’s decking to avoid satellite monitoring, to more sophisticated spoofing of locations, identity tampering, establishing fraudulent companies, flag-hopping and complex logistics and ownership networks.

The EU is currently amending its blocking statute, adopted in 1996, and has called for submissions from the banking and finance sector by November.

China introduced its own version earlier this year.

“We’ll have to see where the consultation [in the EU about the blocking statute] ends up,” said Daniel Martin, partner with London law firm HFW with expertise in regulatory and international trade and sanctions.

“The key area over the coming years is going to be that tension between China and others. And I think that's sort of watch-this-space type area, I think we have to see how that develops.”

Mr Martin said the use of sanctions as a foreign policy tool was well embedded in the US even though there was no longer a “policy-by-tweet” approach. However, key sanctions surrounding Iran, Russia and Cuba remained unchanged under the new Biden administration.

“None of the measures that were enacted during the Trump era have been repealed, though, they're all they're all still there, and the law is still the same.”