Home Secretary's decision to turn back asylum seeker dinghies probably contradicts the rules on SAR and the ColRegs, not to mention the law of asylum itself, says leading QC 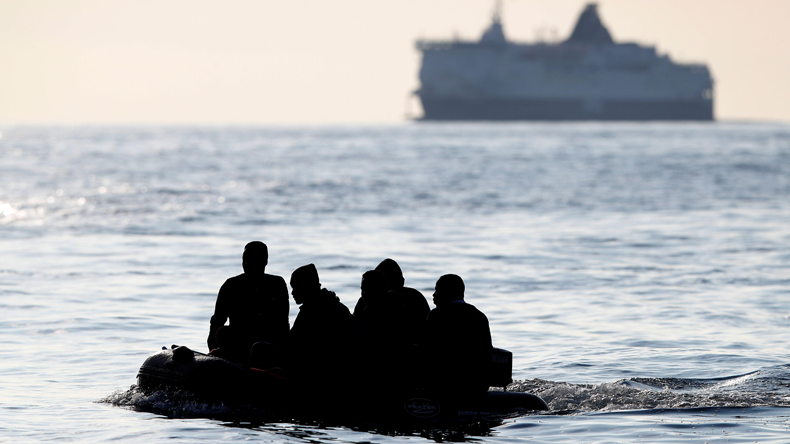 Source: Reuters / Alamy Stock Photo Migrants in the English Channel, one of the world's most congested waterways, recently.

HOT news in the government’s ongoing efforts to tackle cross-Channel migration; media reports suggest Home Secretary Priti Patel has asked Border Force vessels to “push back” boats carrying migrants, but only where it is “practical, safe and legal” to try.

This new policy is apparently supported by months of training for the Border Force personnel involved, and unpublished legal advice that it would be legal to do so “in limited and specific circumstances”, which have not been identified either.

No less a seafarer than Admiral Lord West, speaking on BBC Radio 4’s World at One on September 9, was moved to say that “bumping and pushing them back… is highly problematic and what it might achieve is someone being killed”.

It is hard to disagree with that assessment.

No Lloyd’s List reader will need to be reminded that the English Channel is one of the busiest, most congested and consequently most dangerous stretches of water in the world.

If a migrant boat were pushed back anywhere, it could only be to the halfway point (or outside UK territorial waters), at which point it could try again.

No doubt the first pushback would be done safely, but with frustration mounting and safety margins eroding, it is far from fanciful to envisage a significant casualty being the result.

Enter the law. At least three regimes are capable of impacting this practice.

The first is search and rescue. In broad terms, SAR states and vessels in a position to help are under an obligation to assist vessels and people in distress at sea.

Rescued people must be landed at a place of safety and so cannot simply be pushed back into someone else’s zone. To be fair, it seems very unlikely that the Home Secretary is really suggesting the contrary.

Then there are the Collision Regulations. Domestic legislation may, now or in the future, entitle government vessels in certain circumstances to get physical with other ships.

However, that would not entitle them to embarrass or impede the passage of uninvolved merchant ships.

Again, the contrary is not being suggested, but the propensity of pushback cat-and-mouse to result in a close quarters situation between a merchant ship and either a Border Force or a migrant vessel is obvious.

Finally, there is the law relating to asylum. It is at this point that I make clear that these are largely uncharted waters for me, as a shipping disputes lawyer.

It is a fundamental principle of the international law of asylum that an asylum seeker cannot be landed at a place where he or she may face persecution, direct or indirect.

Of course, no one would sensibly suggest that cross-Channel migrants would face direct persecution if returned to France. Indirect persecution is more difficult, however, and the assessment of that risk must be made on a person-by-person basis.

That self-evidently cannot be done if the vessel carrying dozens of migrants is simply pushed back into the middle of the Channel.

This has been pointed out by the UN Human Rights Council, and was the basis on which a 2012 decision of the European Court of Human Rights held the similar practice of the Italian Navy in the Mediterranean to be unlawful.

None of this will be news to those advising the Home Office.

To make matters more surreal, there is some talk that the Home Secretary herself will give her personal go-ahead before the tactic is used. Every time. How will she get any other work done?

The ‘limited and specific’ circumstances in which this gambit might be played; the vanishingly small improbability of it having any useful result; its questionable legality; and the prospect of Ms Patel herself having to sanction each individual pushback, combine to mean that this tactic will have no meaningful impact on the numbers of migrants crossing the Channel by boat.

Less generously, it has the hallmarks of a headline-grabbing gimmick born of cynical gesture politics. On that score, at least, it has proved quite effective.

James Turner QC is a barrister and arbitrator at Quadrant Chambers, specialising in shipping and cross-border commercial disputes.