Green pastures for shipbrokers as carbon price on freight revealed 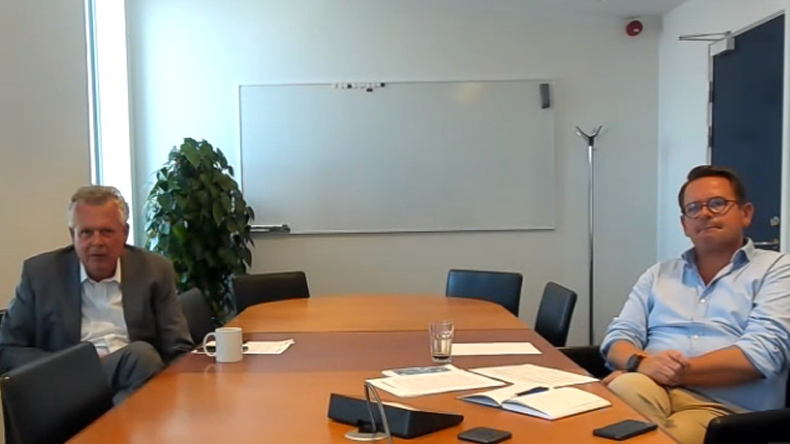 SHIPBROKERS are establishing new divisions to help owners prepare their fleet for complex carbon efficiency and emissions regulations, with one index already showing that EU allowances can hike freight costs by more than 25%.

Maersk Broker and Simpson Spence & Young are among those to have recently launched products to audit the impact of new metrics, establish the cost of compliance, or incorporate futures trading or offsets to management exposure, especially in European waters.

“There are significant uncertainties around the cost of operating,” Jesper Bo Hansen, managing director of advisory services at Maersk Broker, said in an interview.

The Copenhagen-based brokerage has partnered with McKinsey & Co to develop a fleet decarbonisation optimisation tool, using more than 130 individual data points from ships to model the regulatory impact.

“We now provide a service to shippers where we go in and we take a snapshot of where they are today, with every known regulatory element, with known fleet, known financing, known fuels available, availability of engines etc and then we do a snapshot and on the back of that shipowners can decide [the path forward],” Mr Hansen said.

The International Maritime Organization outlined in June the new technical measures contained in an Energy Efficiency Index for Existing Ships, known as EEXI, and a Carbon Intensity Indicator to cut carbon intensity by 2% between 2023 and 2026.

In addition, the EU has proposed that shipping be included in the bloc’s Emissions Trading System from 2023, covering all voyages in the economic area and 50% of carbon emissions for inbound and outbound international voyages.

Like the EEXI and CII metrics, measures begin in less than 18 months, when owners have to buy European Union allowances for, initially, 20% of their emissions, rising to 100% by 2030.

Already, numbers produced from the European Energy Exchange Zero Carbon Freight Index give the first insight into how much the price of carbon will add to freight costs. Current values show time-charter equivalent rates are up by one quarter.

The index, launched in early July, calculates the value of an average panamax or capesize futures contract, adjusted for the theoretical price of carbon.

This is derived from two sources: The dollar-per-day average rate of the front-month forward freight agreement contract, which is settled against Baltic Exchange indices, and the European Energy Exchange’s own EUA futures market.

This has shown that since August 13, the difference in cost between the recalculated or so-called synthetic front-month panamax FFA and the current value is between $7,000 and $10,300 daily. That represents an average rise of 25.7% over the current Baltic Index rate.

“That index is the first indication of what the cost of compliance will be,” said SSY senior director Duncan Dunn.

“In shipping, where you are used to our carriers having a commercial life of 25 years, and 2030 is only eight years away, it does show the underlying immediacy to get a handle on carbon trading.”

The EU is controversially going ahead with incorporating shipping into its emissions trading, with a target to reduce greenhouse gas emissions by 55 percent by 2030.

In the past month, SSY’s new carbon desk began to broker trading in carbon offsets, as well as FFA futures and options alongside EU carbon allowances to cover emission requirements.

Studies are already showing that emissions from about 75% of bulk carriers and tankers will not comply with EEXI and CII metrics by the time they are introduced from January 1, 2023.

That means that many ships in the global fleet will need to impose engine power limitations or another form of CO2 abatement to comply.

Maersk Broker is among those shipbrokers who have pivoted to carbon-focused solutions, as owners seek to bridge the gap between old and new propulsion technologies and future fuels.

Owners have to translate regulations into numbers and costs for specific fleets and ships, as they make investment decisions on newbuildings versus retrofitting.

“The regulatory environment is changing all the time,” said Mr Hansen. “We don’t think the thresholds are going to be any weaker than they are today.

“The shipping industry has a capacity of stretching the period in which these regulations are going to begin. But we have joined the choir of urgency because we believe there is going to be less elasticity in the decision process and less flexibility in the implementation process as opposed to what we’ve seen in the past.”