World’s largest shipowning nation dismissive of plans to include shipping in the EU carbon market, but Greek owners hint they could support a ‘less disruptive’ measure based on buying and selling carbon allowances 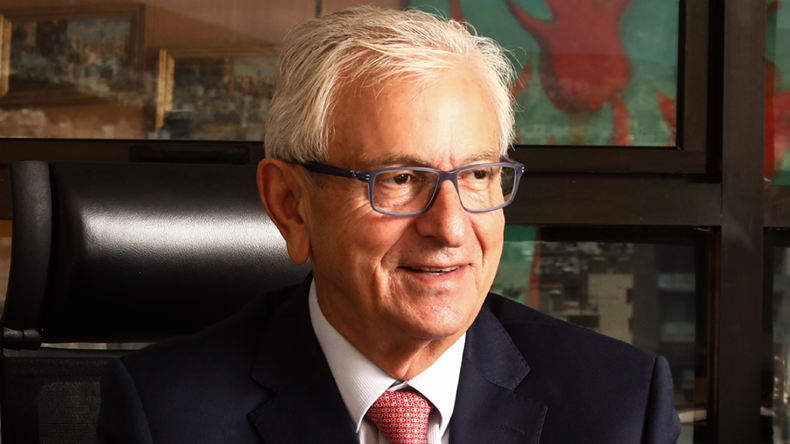 Veniamis: European Union plans for a regional emissions trading system are “incompatible” with the global nature of maritime transport.

SHIPPING industry needs continue to be ignored by political decision-makers internationally even though the important role of shipping has become even more evident since the outbreak of the coronavirus pandemic, according to Greek shipowners.

“The industry’s needs are absent from the list of priorities of governmental officials and decision-makers,” said Union of Greek Shipowners president Theodore Veniamis.

This was despite the industry’s “undeniably indispensable” contribution to securing global supply chains and the flow of vital goods and commodities to people around the world.

While that was true in both good times and crises, it was “thanks to the thousands of vessels operating worldwide and the hard work of maritime professionals and seafarers — ‘the heroes of the seas’ — that a global economic meltdown has been averted,” he said.

Greek shipowners, representing as much as 58% of European shipping capacity, have welcomed recognition by the EC that a vessel’s commercial operators should be accountable for the cost of compliance, but otherwise are scathing about Brussels’ proposals

The pandemic had called attention to shipping’s role in a globalised, interconnected world “probably in an unprecedented way”.

Writing in the UGS annual report, Mr Veniamis saved his harshest criticism for the European Union, saying its recent plans for a regional emissions trading system were “incompatible” with the global nature of maritime transport.

The European Commission’s ‘Fit for 55’ package “seriously undermines” global efforts to decarbonise the sector, he said.

“We need to be clear that shipping decarbonisation cannot be a realistic goal without the crucial contribution of ship engine manufacturers, shipyards, marine fuel producers and suppliers.

“Unless significant R&D investment is allocated for the development of appropriate propulsion systems and marine fuels, shipping will continue to be carbon captive. However, it is shipowners that are called upon to comply with misguided policies and primarily revenue-generating legislation.

Three groups unite to ask the EU that the upcoming measure on shipping’s greenhouse gas emissions is backed by a price stabilisation mechanism and that the commercial operators be held responsible for paying the cost. They also argue the measure should not just be limited to domestic EU voyages

“The months ahead appear to be even more challenging,” he warned, citing mainly climate change-related regulatory moves.

The UGS could support “a less disruptive” European Union market-based measure in the form of a dedicated fund that would buy and sell allowances under the EU Emissions Trading Scheme based on their average price in the previous year, the report said.

This would be “more workable” for the thousands of small and medium-sized enterprises comprising the industry, according to the union.

The other proviso was that such a fund should finance R&D into new green marine fuels.

At the same time, the EU should focus on supporting the global competitiveness of its shipping industry and wider maritime cluster.

The EU’s ‘Green Deal’, important though it was, “should not overwhelm the maritime policy agenda,” it argued.

Based on data for 2020, Greece remained the world’s largest shipowning nation, said the UGS.

With a fleet of 4,901 vessels, Greek owners controlled more than 19.4% of global deadweight tonnage and represented 58% of the EU-controlled fleet
Advertisement

Greek owners urge priority vaccination for ‘heroes of the sea’