All hail the smart shipping revolution

It’s not just about the bottom line, it’s about doing right by seafarers, too

Welcome to the era of hyper-connectivity, which will divide the industry between the brave and the timid 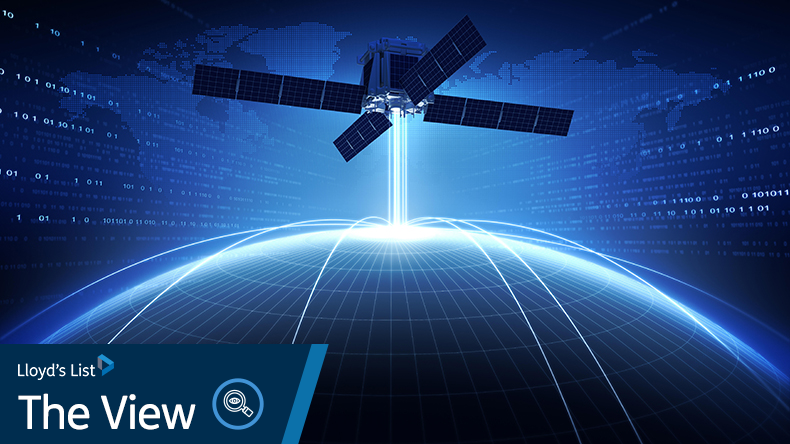 Source: Andrey Volodin / Alamy Stock Photo Modern telecommunications mean that a vessel in the mid-Pacific can be as connected as a digitally enabled office in a major city.

FOR nearly all the 6,000 years during which people have sailed the oceans, seafaring was the most isolating pursuit of any regularly undertaken by human beings.

It is little more than a century since the invention of radio diminished the extent of the seclusion, making possible regular exchange of information with those on land.

Now, in 2021 — in a way that would have been deemed fantastical not so long back — a vessel in the mid-Pacific can be as connected as a digitally enabled office in a major city. Welcome to the brave new world of hyper-connectivity.

Data can flow with minimal latency from ship to operations centre, with the bridge and engine room teams fully integrated into a unified decision-making structure.

Much of the gratitude accrues to the advanced operators that have invested money to make it happen.

Behind them, watching their every move, is a sizeable group of companies apprehensive about risks that might have financial repercussions.

And behind them, constrained by bean counters, is a long tail of shipowners who probably won’t invest a red cent in digitalisation until they have no choice in the matter.

To be fair, it hasn’t always been easy to decide on the right positioning. There are so many questions that need to be asked.

What’s the best form of connectivity for a fleet operating in a given part of the world? Can digital solutions help reduce CO2 emission in line with regulatory requirements?

Can crew management software be used to retain expertise and skills within a company, whether on board a ship or onshore?

The good news that connectivity is better now than it has ever been, and will be 10 times as good in the near future.

Smart shipping will divide the industry between the companies with vision and courage, and those sticking with what they know.

And — on this, Merchant Navy Day in the UK — let us remember that smart shipping can also help solve perhaps the number one problem faced by crews, which is being apart from their loved ones.

The crew crisis has brought the issue into sharp relief. Although more than one in five seafarers has now been vaccinated against coronavirus, around 9% are still working beyond the expiry of their contract.

Svitzer, the harbour towage operator, confirmed this week that some of its employees had spent more than nine months on their vessels.

That is the reality: Eight people on a tug measuring 30 m in length and 11 m in breadth, for almost a year.

While nothing can compensate for the heartbreak of ongoing separation, connectivity allows them both to be paid electronically and to speak frequently with their families via satellite.

But are you ready for the revolution? Let Lloyd’s List help you find out. We are hosting a webinar on October 28 to discuss the reality of smart shipping.

The discussion will look at the future of maritime connectivity and the potential it brings for data analytics, and the dramatic implications for human resource management at sea and ashore. Join us to find out more.

Lloyd’s List is hosting a webinar on October 28 to discuss the reality of smart shipping. You can register to attend the webinar for free here.

One ship is hacked every day on average