The potential for further disruption to inland gasoline and diesel supplies, and onshore oil production due to the floods and power outages, could affect trade flows for several weeks, even though port operations themselves are less impacted 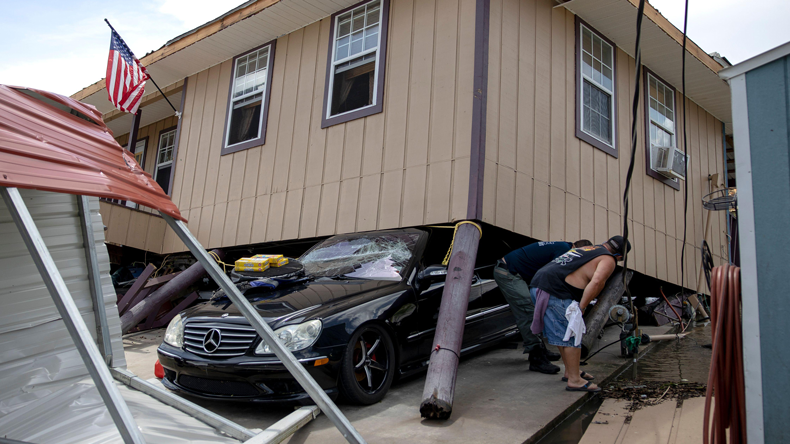 Source: Xinhua / Alamy Stock Photo The full extent of damage from Hurricane Ida is not yet known.

THE impact of Hurricane Ida on US energy infrastructure is likely to reverberate across the shipping sector as the nation’s largest chemical, petroleum and natural gas hubs remain closed and early reports of damage threaten a quick recovery.

The potential for further disruption to inland gasoline and diesel supplies and onshore oil production due to the floods and power outages could affect trade flows for several weeks, even though port operations themselves are less impacted.

Earlier this week, officials warned that floodwaters had spilled over a temporary levee erected near a Phillips 66 refinery in Plaquemines and, in neighbouring St. Bernard Parish, almost two dozen barges unmoored by Hurricane Ida’s 150 mile-per-hour winds damaged the dock at the giant Valero Refinery. 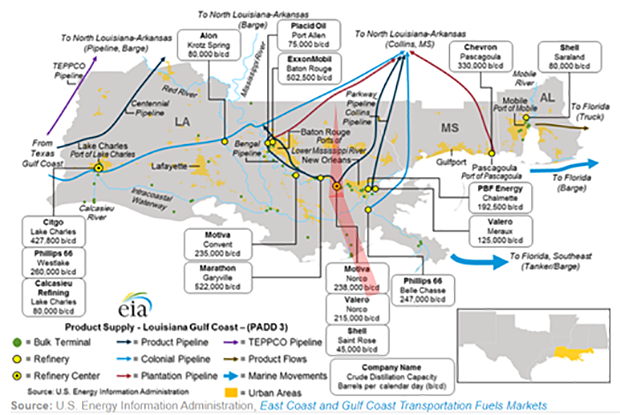 Meanwhile, a grain elevator responsible for nearly 9% of Louisiana’s bulk seaborne exports of corn, soybeans and wheat has also been damaged.

Around 1.8m barrels per day of crude production in the US gulf coast, representing about 17% of total US oil output, remains shut as of Tuesday, as reported by Reuters.

About half of the state’s refining capacity — approximately 4.3m barrels a day — lay in the path of Ida and is not currently operational.

US ports to reopen after assessing hurricane impact

However, the full extent of the damage to oil refineries is yet unknown — which is the biggest factor for tanker trades. 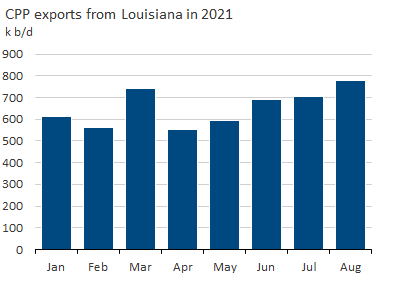 The impact of Hurricane Ida on crude exports, meanwhile, has been fairly limited, given its trajectory is much further east than the key export hubs of Corpus Christi and Houston in Texas.

“US LNG and LPG exports likely to remain muted as US Gulf oil and gas production temporarily shuts in,” said Randy Giveans, Jefferies senior vice-president of equity research, in a recent report.

“US chemical production and exports will also likely decrease,” he added.

Around 700,000 bpd of clean products are exported from the impacted ports, mostly on MR/handies, Braemar ACM estimates.

US ports to reopen after assessing hurricane impact