LNG is not the only transition option

Why is LPG not more popular? asks Isle of Man Ship Registry’s Senior Surveyor. The simple answer is that it needs wider exposure and greater promotion. LPG is safer, easier to handle, and is widely available

Isle of Man is working with BW LPG in retrofitting 15 vessels to run on LPG. The VLGC BW Gemini enabled IOMSR to issue the first flag acceptance of a modification to use LPG as fuel for older gas tankers 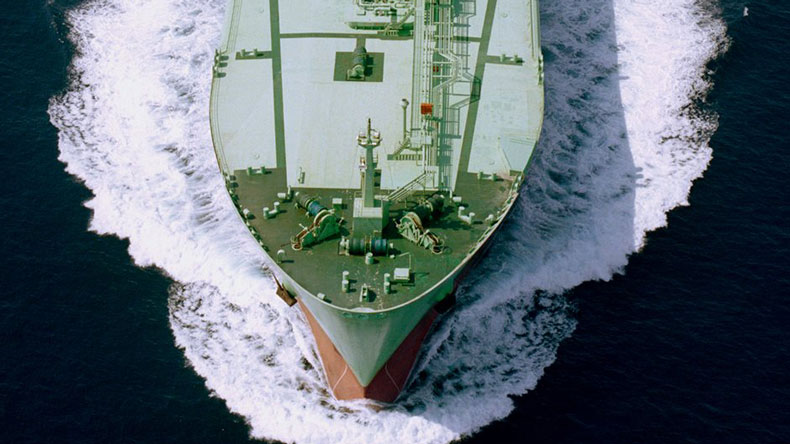 In total, BW will retrofit 15 vessels to run on LPG.

SHIPPING’s greenhouse gas emissions discussion continues to move at pace with much of the talk around liquefied natural gas and its role as a transition fuel.

There is much less talk when it comes to another gas alternative, one that is easier to handle and less harmful to the environment.

Liquefied petroleum gas, in the form of propane and butane, can play a major role moving towards the 50% reduction in GHG emissions set by the International Maritime Organization for 2050.

LNG was the ‘original gas fuel’ used in ships and is more widely known and readily accepted.

But it contains methane, a greenhouse gas that scientists consider to be more harmful than carbon dioxide, and combustion must be very efficient to minimise ‘methane slip’ into the atmosphere. That is not to mention its -162°C temperature at ambient pressures.

In contrast, LPG has had the methane removed during production, is kept at a much warmer temperature, at moderate pressures, compared to LNG and needs much less exotic containment.

The benefits of LPG include improved safety over LNG, much cheaper materials, and much wider availability. Further, LPG can be supplied by road tankers at most ports.

LNG can still be supplied using vacuum insulated road tankers but the gas transfer process from tanker to vessel must be strictly controlled and takes much longer as a “cool down” process has to be carried out first.

Why, then, is LPG not more popular? The simple answer is that it needs wider exposure and greater promotion.

LPG and the benefits it can bring as a transition fuel are not circulated in the way LNG is. LNG also had a massive head start when it came to regulation.

LPG was not permitted as a fuel gas in the 1983 IGC code1 (as amended), LNG being the only option. It was only in 2016 that the code was changed to allow alternative fuel use “providing the same level of safety as natural gas in this code is ensured”.

Isle of Man Ship Registry has worked to help our clients meet ever more demanding GHG emissions targets, also helping to raise the profile of LPG.

Our work alongside Oslo-listed BW LPG is paving the way for ships to be retrofitted to run on LPG.

In total, BW will retrofit 15 vessels. It has already cut its emissions considerably, reduced operating costs and is already justifying the switch to LPG dual-fuel through its return on investment.

The very large gas carrier BW Gemini (IMO: 9703007) was the first of BW’s nine Manx-registered LPG vessels to be retrofitted. It set a precedent and enabled IOMSR to issue the first flag acceptance of a modification to use LPG as fuel for older gas tankers.

Gas carriers already have the safety and control systems in place to handle a liquid gas cargo. Other types of ship would have to install it, which raises more issues.

Both LNG and LPG burn very cleanly — there are few carbon particulates emitted, no sulphur, and about half the NOx emissions of refined fossil fuel.

However, all new fuels have safety and distribution challenges.

Something that must be considered by anyone ‘going gas’ is crew training. Specific handling through gas tanker safety familiarisation is a minimum, simply to be aware of containment hazards and what to do in the event of fire.

What of other fuel alternatives “beyond transition”?

Biofuels can be a ‘drop in’ option and used with very little modification to engine and fuel systems. They currently have supply and scaling issues.

Emissions depend on the biomass used and the ratio of oil/ester used to make the fuel, as well as the power loading on the engine. Because they are organic, biofuels have to be stabilised and are naturally slightly acidic, which has to be understood.

Methanol use can be accommodated through the IGF code2 and has substantial reductions on emissions, but it is classified as toxic and in strong daylight pure methanol burns with a near invisible flame.

Hydrogen has a very wide flammable range and can be difficult to contain; ammonia is a highly toxic fuel and has a high affinity for water which can be dangerous to a person’s mucous membranes in the event of leakage.

Whichever fuel option is considered, a vessel’s service and trade, initial construction, and whether to outfit or retrofit must all be taken into account.

No matter which option is decided upon, capital and operating expenses will remain the driving considerations.

The retrofit versus newbuilding debate is not as clear-cut as it may seem or is portrayed. There are obvious benefits to both from a green perspective.

On a carbon footprint basis, from initial keel laying to trading, newbuildings that are well designed and efficiently constructed in all areas have an obvious advantage over a retrofit done on an older vessel.

However, retrofitting has a lower carbon footprint, permitting LPG fuel use in around two months compared to a year or so for a newbuild. It was previously not an option because of the way the IGC code was written. This allows massive capital expenditure savings and is a huge step in the direction of emission reduction over a much smaller timeframe.

Being a ‘green operator’ will eventually provide commercial bargaining power and it is better to physically reduce emissions than to simply trade emissions through carbon offsetting.

In the move to alternative fuels there is a huge push to deliver set objectives and targets. Teamwork and open minds, together with collaboration and standardisation across the industry are key to this.

Governments have regulatory-imposed safety in mind now, evolving at a pace that tries to keep up.

Designers must work with the available technology but going forward we are likely to see new materials, better construction methods and stronger, lighter, and more carbon friendly materials being used.

Operators have running costs and efficiency considerations. After all, there would be no commercial point having a ‘super-efficient, future-fuelled’ vessel, if the propulsion method must be accommodated at the expense of being able to carry minimal cargo.

1 The International Code for the Construction and Equipment of Ships Carrying Liquid Gases in. Bulk

Methanol has its limitations for shipping

Owners look to future-proof LNG newbuilds, but much is still uncertain