The Lloyd’s List Podcast: Why the container crunch is going to get worse before it gets better

Spoiler alert — the container crunch is going to get worse before it gets better. With the seasonal surge in demand only adding to the existing chaos there is no immediate end in sight to the supply chain disruption that has generated one of the most extraordinary container markets ever witnessed. The Lloyd’s List Podcast takes a step back this week to consider the state of container shipping, what happens next and why rates are unlikely to return to previous market norms 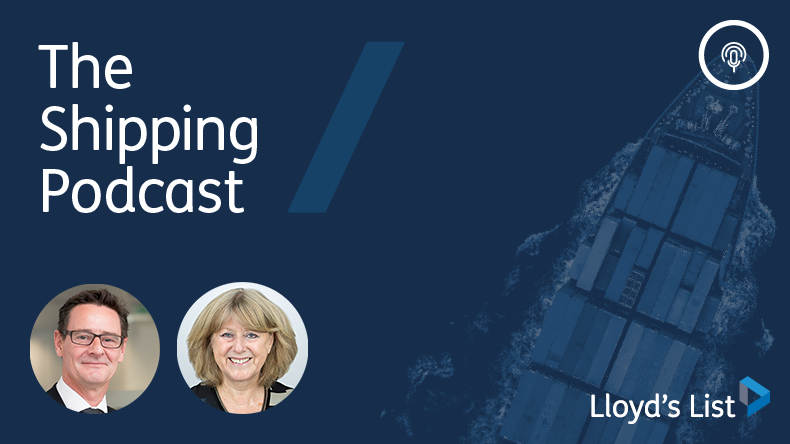 HAVING spent several decades becoming world leaders in making little or no money, box carriers find themselves in the somewhat unusual position of running low on superlatives to describe how vast the piles of cash they have been hoovering up this year have become.

The setting of new records barely rates a mention these days; a new record seldom lasts long enough to be of significance, but given the fact that rates have risen 10-fold at the extreme this year, we thought now may be a good time to stand back and take a look at what happens next.

Because this is not a short-term issue. Nobody sensible expects freight rates to stabilise in the near term.

The seasonal surge in demand for consumer goods ahead of the annual holiday shopping season is only adding to the crunch as factories rush to get their goods to US and European markets on time.

Then you have the low inventories to consider, routine coronavirus shutdowns, heavy stimulus spending and a growing US economy.

That’s all coming after a year of disruption, lack of containers, port congestions and a shortage of vessels in the right positions that has created a situation in which cargo demand far exceeds available capacity.

Never have the rates been higher, and never has the service been poorer, argue the line’s customers. It’s so bad that some retailers have been forced to take shipping matters into their own hands and start chartering ships.

Spoiler alert — it’s going to get worse before it gets better.

But how much worse and how much better? For this week’s podcast we have drafted in our resident box boffins to take a short break from analysing the detail and consider the bigger picture.

Weekly Briefing: Box capacity cheaper to buy than rent | Capes eye $50,000 per day | Tankers down, but not out