Tanker owner suggested the misfortune was triggered by a bankrupt charterer, whose default on hire forced the vessel to leave Cambodian waters to refuel and change crew 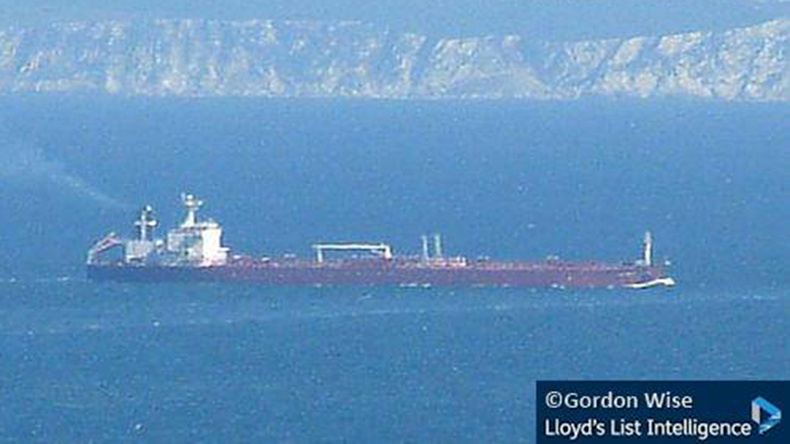 WORLD Tankers Management has denied allegations linking one of its tankers with the removal of oil from Cambodia.

The Singapore-based company said in a statement the “wrongful allegations” have threatened the wellbeing of the crew on the Bahamas-flagged Strovolos (IMO: 9178056).

The Indonesian navy said on August 25 that it had seized the vessel carrying 300,000 barrels of crude oil.

This came after the Cambodian government issued a red notice on Interpol to arrest the tanker regarding claims it stole crude from the kingdom.

The tanker had switched off its Automatic Identification System signals in its journey to Indonesia’s Batam island from Thailand and anchored illegally in the archipelago’s waters, according to the naval authorities.

The owner denies the claim, saying the vessel entered Indonesian waters to repatriate the crew, many of which had been on board since September 2020.

The previous attempt for crew changeover in Thailand failed because of coronavirus restrictions.

World Tankers Management said a reason for the detention seemed to be the allegations by the Cambodian government that the vessel and crew had committed criminal offences in relation to its departure from the country’s Apsara field to refuel.

In May, Strovolos loaded 300,000 barrels of crude in the oil field in the Gulf of Thailand off Sihanoukville, in southern Cambodia.

But it was forced to leave the territorial waters to refuel at the nearby port Map Ta Phut in Thailand, after the charterer defaulted on the hire and refused to supply bunker when it was running out, according to the shipowner.

When contacted by Lloyd’s List, the company separately confirmed that the charterer is Singapore-listed KrisEnergy. The oil and gas firm was the operator of the Apsara field but went under in June.

The statement said the tanker owner had requested the charterer to unload the oil on board by arranging ship-to-ship transfer “at a convenient and practical location”, but no agreement has been reached.

The trip to Indonesia for crew rotation was also allowed by the Royal Thai Navy that had boarded the vessel, acting upon the request of the Cambodian government.

“The vessel has been wrongly charged with stealing the cargo. It is not and has never at any time been our intention to misappropriate the cargo,” said the statement. “It is our express requirement that it is offloaded from the vessel by the party that owns it on terms that we are paid the sums owed to us or otherwise that such amounts are adequately secured in the usual way.

“The vessel has at all times operated entirely within the trading area agreed in the charter.”

The shipowner said part of the crew have been detained onshore by the Indonesian authorities, while the rest are still being kept on board.

Indonesia’s navy was quoted by AFP as saying it was questioning the crew of 13 Indians, three Bangladeshis and a trio from Myanmar at its base near Singapore.

Its Bangladeshi shipmaster could face up to a one-year sentence and a $14,000 fine if convicted on maritime violation charges.

“Our crew are entirely innocent and blameless in this matter and should not come to bear the brunt of commercial and political issues,” said World Tankers Management. “The human rights of our crew are paramount and all parties involved in this matter, including the Cambodian and Indonesian authorities, should recognise and respect this.”

The company said it is now seeking aids via diplomatic channels and the UN Human Rights Office.