Supply chain congestion is removing capacity from the market, pushing up rates. But the extremes seen for some cargo do not reflect the reality of the majority, says Rolf Habben Jansen 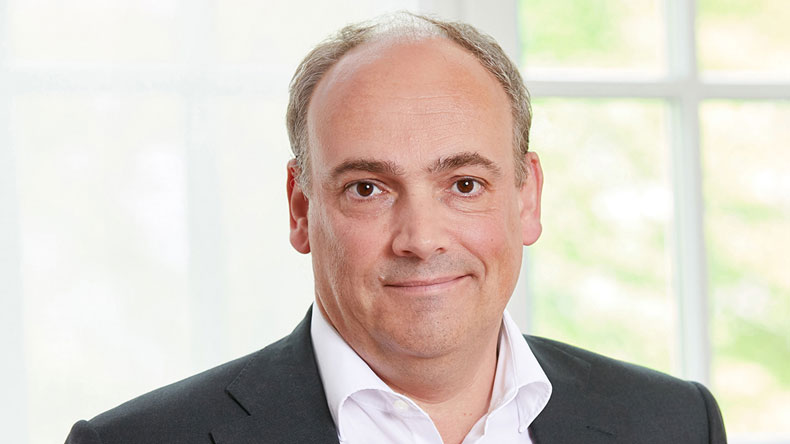 Rolf Habben Jansen-led Hapag-Lloyd saw revenues surge on stronger rates in the first half of the year.

HAPAG-Lloyd sees no reduction in demand until at least the first quarter of next year, and even that estimate may be pushed out again, with congestion and disruption in the supply chain lasting for at least another six months.

“We saw some signs in the second quarter that congestion was easing a bit, but then we had the effect of Yantian and today the outlook is for demand to remain strong.”

The comments came as the German container line reported a $1.5bn profit for the second quarter on revenues of $6.6bn, driven by a 46% increase in average freight rates over the first half of the year.

Volumes increased, but only by 4.3% from the depressed level in the first half of 2020.

Hapag-Lloyd raises outlook after earnings soar in first half

Second-quarter results for container lines were always going to be good. Now the outlook for the full year looks even better

What volume growth there was had been very much US-led and was limited by the lack of capacity in the market, Mr Habben Jansen said.

“Because there are a limited number of ships available they are being diverted to the places that are strongest,” he said.

“If there were more capacity available we would probably have seen more growth in other parts of the world as well. Rotations on the Pacific are shorter so it is easier to transport more boxes there.”

And things are likely to get worse before there is any improvement, with congestion in many regions getting worse again.

“It was to be expected that things would get tighter in the peak season but there is so much pent-up demand,” he said.

“We’re seeing reports of factories not closing over Golden Week in China so I think the likelihood is that it will stay strong this year. Inventories are low so there will be demand there too.”

There was a high certainty that this would last until at least Chinese New Year in 2022.

“Normally then we would then enter into the slack season but how much that will happen is difficult to say at this point,” Mr Habben Jansen said.

“We have reasonably good visibility up to Chinese New Year but beyond that we don’t. I would expect that if the situation around Covid eases a bit there will be less congestion and that will make more capacity available, which will help markets to ease a bit.”

Congestion had developed as the global economy rebound faster than anticipated but occurred while Covid-related restrictions were in place in many parts of the world.

This came on top of a period of low investment in both ships and supply chain infrastructure in terminals and inland distribution.

“As an industry we will grow 4%-5% this year and probably higher on the head haul,” Mr Habben Jansen said.

“We’re trying to squeeze everything we can from the assets we have but the only way to move more is to get more assets which will take until 2023 when a meaningful number of ships are available.”

But additional shipping assets alone will not solve the crisis.

“Everyone is trying to get their hands on every bit of steel they can find and deploy it as extra loaders,” he said.

“Drydockings have been delayed or cancelled. Everything is being done to maximise the amount of capacity but there are limitations on what you can handle.

“For the ports it is difficult because all these small extra-loaders are not very efficient. It is easier to do one very big ship than to do 10 very small ones.”

Port and inland infrastructure had been the hardest hit by the Covid-related restrictions.

“They have the toughest job at this time,” Mr Habben Jansen said.

“But this cascades to carriers who need more ships and equipment for the same amount of capacity. But congestion at destination is the biggest issue that has a ripple effect on availability and the need to put in more ships.”

It was that lack of capacity that was pushing up rates, rather than carriers themselves, he added, pointing out that Hapag-Lloyd’s average freight rate was only $450 per teu higher than last year.

“There are boxes being moved at $15,000 because there is simply not enough space,” he said.

“But our average freight rate is $1,600 per teu. That means that mathematically, those high rates must be a small percentage of our freight.”

Hapag-Lloyd was doing its “utmost” to honour contract commitments to customers.

“That means a very big chunk of the ship will be filled with commitments that we have made a long time ago, he said.

“But there is still huge demand for these last few boxes and the market rates are simply very high. If we tried to not follow the market, we then get so many bookings that our system collapses. But today there is very little space left for additional cargo which is leading to these crazy rates.”

Hapag-Lloyd raises outlook after earnings soar in first half