Rising abandonment cases high on the agenda at the IMO

The IMO is trying to tackle the issue of rising abandonment cases, which look to be heading for another record

The IMO’s legal committee, which took place last week, heard a proposal to potentially set up a mutual emergency fund for seafarers to support crews in cases of abandonment 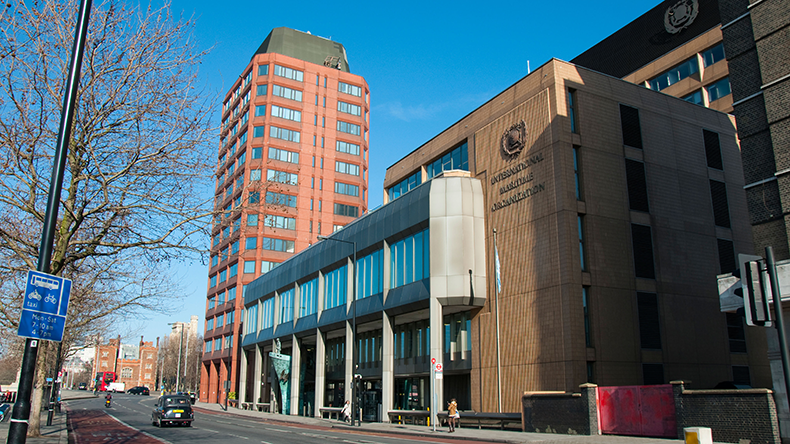 Source: Tracey Whitefoot / Alamy Stock Photo The IMO is concerned that the issue of abandoned seafarers is growing.

THE near-record abandonment of seafarers has been a matter of “great concern” at the International Maritime Organization, which is trying to tackle the issue.

A legal committee meeting last week noted that 53 cases of abandonment were reported so far this year, “alarmingly surpassing the previous year’s record” of 85 cases, which involved 1,300 seafarers. In 2019, there were 40 cases, only half of which have been resolved.

Abandonment occurs when shipowners fail to pay wages for at least two months, or when they fail to cover the cost of repatriation, or when they leave the seafarer without maintenance and support.

The International Transport Workers’ Federation has recovered $45m in owed wages last year alone; a significant figure given the challenges

Lloyd’s List has highlighted the plight of abandoned seafarers who lack basic provisions in several articles this year.

The IMO reminded member states that “each and every case of abandonment reported was about real people, who experienced stressful, inhumane and unsafe consequences, while their families were equally affected” and encouraged flag and port states to fulfil their obligations.

Practical guidelines for flag and port states on how to deal with abandonments are being drawn up so that cases can be resolved more quickly, but a balance between safe manning levels of vessels and repatriation needs to be struck, according to some views expressed at the meeting.

These guidelines are expected to be completed next year.

Delegates attending the meeting noted the “systematic and global failure” by member states to comply with their obligations to facilitate repatriation of seafarers. The rapid rise in cases could only partially be attributed to the pandemic.

The seafarers, mostly from India, went on hunger strike earlier this year because their pleas for owed wages, repatriation, and provisions had been dragging on

Some pointed out the large proportion of shipowners who continued to operate without the required financial security in place as per the amended 2014 Maritime Labour Convention, while others suggested that all states should sign up to the MLC “as soon as possible”. Many of the abandonment cases concerned states that had not signed up to the convention.

Flag states had a major role to play.

The head of the Panama Maritime Authority Rafael Cigarruista said on a webinar last week that abandonments were “of concern” with all stakeholders needing to be involved. It has recovered $2m in owed salaries since the start of the pandemic.

It is working to resolve cases, although “sometimes it is not easy,” he said, such as when countries have restrictions on repatriation. The registry is also monitoring and following up with shipowners to make sure they comply with the rules.

Meanwhile, the United Arab Emirates, one of the most notorious regions for abandonments, has signed a national law for the protection of seafarer rights, which hopes to address the abandonment issue, according to London-based charity Human Rights at Sea.

Other discussions at the IMO centred on a proposal by China, Indonesia and Philippines to set up a seafarers mutual emergency fund, although details of how it would work needed to be ironed out for consideration at the next legal meeting in March 2022.

One view was that the fund should only cover repatriation and not outstanding wages. It should also not present unfair advantages for those flag states not fulfilling their obligations.

Another said the fund should be carefully considered as costs could easily mount.

Meanwhile, a tripartite working group of member states, seafarers and shipowners of the IMO and the International Labour Organization should be set up to identify and address the issue, but it needs to be endorsed by the ILO’s governing body, which meets in November.

Master of bulker abandoned off Egypt allowed to leave