The smaller-sized bulk carriers are gaining momentum, with rates pushing past $30,000 per day. While not quite at par with capesizes, supramaxes and handysizes are earning more than the larger panamaxes

Fixtures were heard of at the $50,000 per day level in the ultramax segment on some routes as tonnage tightness forced charterers to pay up 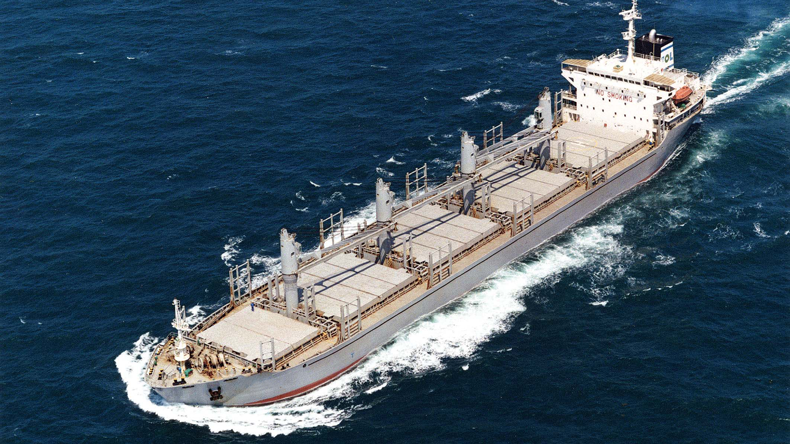 The handysize average weighted time charter on the Baltic Exchange inched up 3.1% to $31,676 per day by the July 30 close.

SMALLER bulk carriers are continuing to gain momentum as strong demand for commodities and fleet inefficiencies lead to tonnage tightness.

Both segments outperformed the panamax market, which slid below $30,000 for the first time since June 11, closing at $29,734 per day, while a sudden leap in capesizes saw earnings hit $35,713 per day.

An operator in Hong Kong said that that China was back with plenty of cargo demand for different minor bulks, which has been supporting freight rates for the Pacific region.

Coal cargoes from Indonesia to China remained attractive, although due to the recent covid lockdowns, some disruptions were seen.

The Black Sea and Mediterranean regions were “full of life” with a lot of inquiries from the market, but the major concern now was the reduction in available tonnage. East Coast South America was also “on fire, with huge demand” for both supras and handies, with vessels being fixed at rates as per the destination.

“It is one of the reasons why charterers are ready to pay more money to get the fixture done as soon as possible,” he said.

The Baltic Exchange said it was “a week of positive gains as sentiment remained strong in many areas, although it was a gentler push”.

Demand from the Mediterranean kept rates solid, with an ultramax said to be fixed from Turkey to Nigeria via the Black Sea at the $50,000 per day mark. Most other fixtures were in the $30,000-$40,000 per day range.

A broker said that with container port congestion becoming more of an issue, a number of dry cargoes, namely agri-products, which would be carried in boxes were again being carried by handies, especially for Chinese port deliveries.

According to brokerage Braemar ACM, fleet inefficiencies caused by the pandemic such as quarantine requirements and diversions for crew changes boosted freight rates.

A key driver for the supramax market has been steel trades, which has benefited from regional imbalances, it said in a recent note. But the unwinding of these effects could be a risk for freight further out.

The brokerage expects China’s steel production growth to slow to 8.7% in the last six months of the year compared with 11.5% growth in January to June.

The total output gain of 10% in 2021 could be slashed to 3% growth next year as the economy cools and steel intensity starts to decline, it said, adding that further easing could continue in 2023.

Excluding China, where output grew by 17% in the first six months of the year compared with the year-earlier period, the recovery should continue, albeit at a slower pace, with production rising by 7.2% over July-December, according to Braemar. A pullback of 0.2% is expected in 2022 from overall growth of 12% this year.

Coal trade is meanwhile expected to increase by 10% in the latter six months of 2021 after 3.6% growth to 673m tonnes in January-June, Braemar estimates, bringing the total year rise to 6.7%, as the reopening of economies required more electricity generation, while a general surge in energy prices was making coal more competitive.

Braemar, which has a general positive outlook for the dry bulk market, is expecting a swift recovery in trade in 2021.

After falling by 3.1% in 2020, minor bulk trade surged by 11.5% over the last six months, with estimated volumes to rise by 10% over the remainder of the year, helping to keep rates for the geared ships at strong levels, it said.