Container supply chains were hit by further disruption this week following a cyber attack on the chief terminal operator in South Africa, and terminal closures in China as typhoon In-fa made landfall. But there is renewed optimism for the dry bulk sector, in what could prove to be its best cyclical expansionary phase for more than two centuries 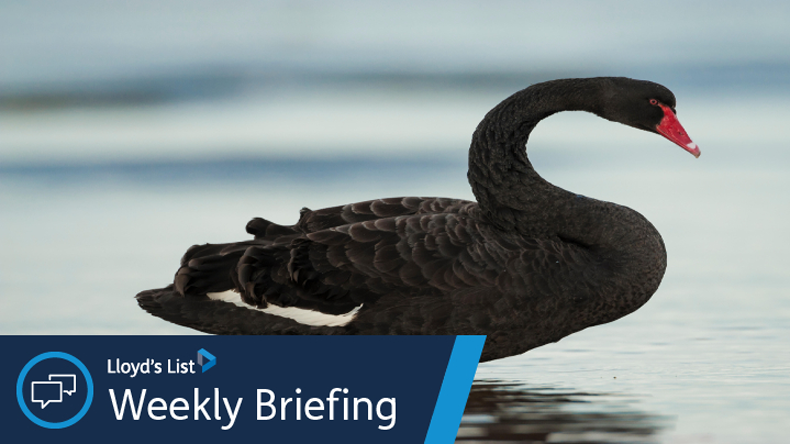 BLACK swans, once considered fanciful creatures, have now become an invasive species for anyone working in container shipping.

South Africa, battered by civil unrest that disrupted its ports and distribution networks only a week ago, faced further problems when state-owned terminal operator Transnet was hit by a cyberattack.

The outage affected the NAVIS automated operating system, causing disruption at the container and multipurpose terminals.

Transnet was forced to declare force majeure at some Durban, Port Elizabeth, Ngqura and Cape Town terminals. Delays can be expected as dozens of vessels head to the four ports in the coming week.

In the port cluster around Shanghai, it was natural rather than man-made disasters that brought services to a grinding halt.

As typhoon In-fa developed over the East China Sea, terminal operators braced for its impact. Shanghai Port International Group has told its subsidiary terminals to accelerate operations before the typhoon arrives and make ready for the post-storm production peak, among other measures.

By the weekend, terminal operators at the Yangshan Deepwater Port, which accounts for about 45% of Shanghai’s throughput, suspended box pickup and delivery.

AIS data from Lloyd’s List Intelligence indicate that only 10% of the usual number of container-related vessel movements in Shanghai and Yangshan took place over the period.

All these events will have an impact on the smooth flow of containers through the world’s supply chains. In a system that is already highly congested and working at near-breaking point, any additional glitch in the system just pushes a recovery further away.

Meanwhile, shippers with cargo on Ever Given, the black swan that landed on the Suez Canal, should expect to see their cargo finally arrive in Rotterdam overnight.

But that could just be the start of a long and complex process to have cargo released. With general average declared, customers with goods on board will need to post a bond before cargo can be released.

The full settlement of the general average claim could take years to resolve, meaning yet more distraction for those suffering the ill-effects of the broken container supply chain. 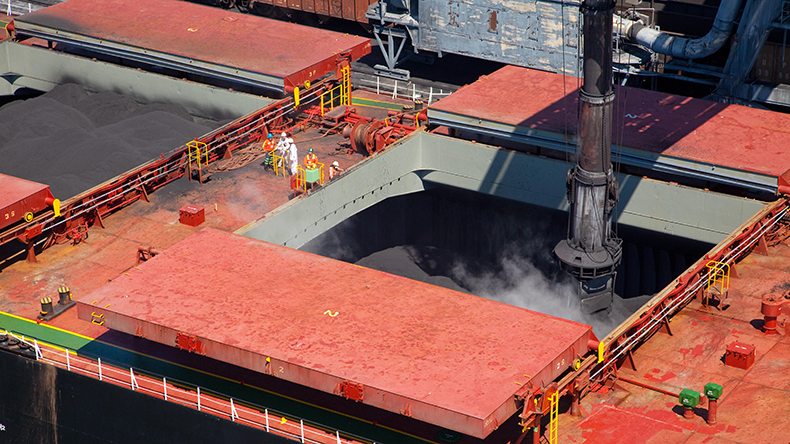 Optimism is back on the agenda for the dry bulk market, which looks set to witness the best cyclical expansionary phase since 1741, according to Cleaves Securities.

The upbeat forecast stems from strong demand growth from China combined with a slowdown in shipbuilding activity, with uncertainty related to future regulations and technology keeping a lid on new vessel orders.

Jefferies was also bullish on the sector, highlighting how Chinese steel production has remained robust, while many countries continue on their paths towards economic recovery, which should support the iron ore and coal trades, and encourage more steel exports from China into other regions. According to data from Oceanbolt, the first six months of the year saw 772m tonnes of iron ore shipped globally, a record for the period.

But, can the iron ore trade in the second half of the year keep pace, thereby propping up the capesize segment? The dry bulk market is certainly pinning hopes on this.

The expected higher iron ore exports, which are seasonally stronger in the third quarter, will coincide with greater demand for coal transportation, which has the potential to ‘significantly tighten’ vessel supply, says Breakwave Advisors.

While that may be the case, some miners have adjusted their full-year guidance figures due to ongoing issues. Rio Tinto, for example, expects to hit the lower end of its 325m-340m range, while Anglo American has brought down its top range by 1m to 66.5m tonnes. The guidance is subject to any pandemic-related disruptions.

Vale, meanwhile, reiterated its 2021 production at 315m-335m tonnes. It produced 143.7m tonnes in the first half of the year, 90% of which was shipped. That means the Brazilian miner will have to pump out 85.5m tonnes per quarter to meet the lower end of its range and 95.5m tonnes to meet the higher figure.

It is targeting output of 1m tonnes per day for the rest of the year, which translates to about 92m tonnes per quarter.

Ardmore Shipping Corp kicked off what is sure to be a depressing earnings season for tanker stocks, reporting a second-quarter net loss of $8.3m this week.

The owner of 27 medium range and handysize product and chemical tankers tried to paint the brightest picture possible amidst the gloom of what many claim has been the worst half-year for earnings the sector has seen this millennium.

In doing so, executives made the ambitious claim that tonne-mile demand for MR tankers will rise by 2-3% every year until 2030. The basis for this very positive spin was so-called “refinery dislocation”.

That won’t be the last time these words will be trotted out over the next four weeks as listed tanker owners try and put lipstick on a very ugly pig of a market when reporting second-quarter results.