The final accident investigation report is still pending one year on. It is being held up by a lack of access to the voyage data recorder and to official ship documents, while the vessel’s master remains in custody 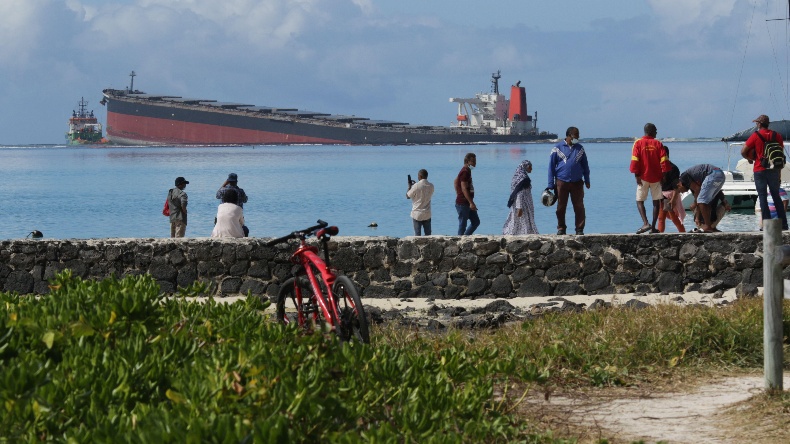 ONE year after the Wakashio (IMO: 9337119) grounding that caused the worst environmental disaster in Mauritius’ history, the final accident investigation report, which could identify the cause of the incident for lessons learned, is still pending.

The Panama-flagged, 203,130 dwt bulk carrier ran into coral reefs on July 25 last year. It broke in two parts on August 15, spilling about 1,000 tonnes of fuel oil into the pristine waters of the island.

While the forward part of the vessel was scuttled in deep waters later in August, the aft section was being dismantled by a Chinese salvage firm.

A representative from Panama Maritime Authority said that while a report has been uploaded to the International Maritime Organization’s Global Integrated Shipping Information System, which records maritime incidents, it has not been made public because vital information is missing.

The flag, which completed its report at the end of last year, has not yet had access to the crucial voyage data recorder as it is still with the Mauritian authorities. Official ship documents have also not been released, the representative said.

Panama Maritime Authority’s preliminary investigation into the grounding of the bulker vessel Wakashio off Mauritius says it deviated from its course to pick up an internet connection relating to an on board celebration. The Panama authorities say the statement is ‘not designed to apportion blame’

Panama produced a preliminary report in early September, which found that the vessel, owned by Nagashiki Shipping and chartered by Mitsui OSK Lines, deviated from its planned course for wi-fi coverage. It also found that the vessel did not appear to have an appropriate electronic nautical chart, which was using the wrong scale, which meant that officers on deck could not properly assess the approach to the coast.

The master of the 2007-built vessel is still in custody after the Supreme Court in Mauritius rejected an appeal for his release, according to a Lloyd’s List Intelligence casualty update in early June, citing press reports.

In February, the captain was reported to have told a Mauritian court that he had modified course to avoid a tropical depression, and in so-doing, the crew were able to pick up phone signal to contact loved ones. He said the crew were initially due for changeover in January 2020, but because of coronavirus-restrictions the crew change had been cancelled.

Mauritius, which relies on tourism and fishing, reported damaged mangrove forests and marine life losses as a result of the incident.

MOL, which stepped up its safety measures at the end of last year, has set up a charitable trust in Mauritius to help with remediation works, while Nagashiki has also drawn up an accident prevention plan.

Wakashio stern removal to be completed in April