Lloyd’s List’s weekly showing of the data and figures behind news, analysis and markets coverage

Scrapping rates continue to rise on the Indian subcontinent, with boxships leading the way topping $600 per ldt. Meanwhile, more than 500 bulkers were anchored outside key Chinese grain, coal and other bulk commodities terminals, driving up rates in the sub-capesize segment 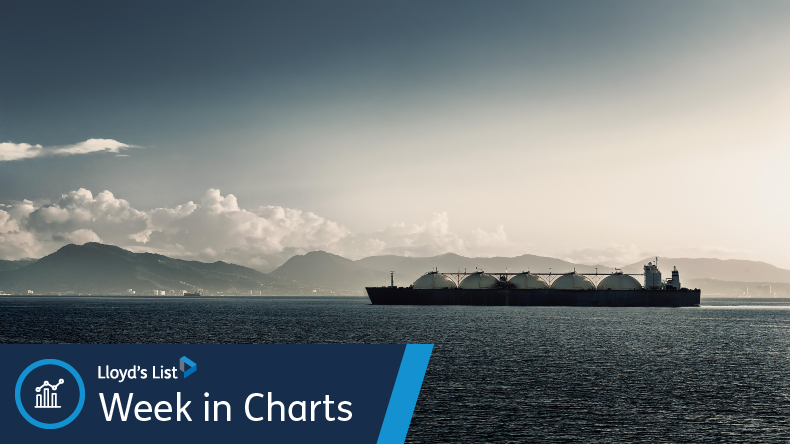 RECYCLING rates for containerships in Bangladesh climbed up and above $600 per light displacement tonne this week, levels not witnessed since before 2008 global financial crash.

Scarcer tonnage in the quieter monsoon months and a renewed rise in local steel plate prices on the subcontinent has pushed prices for surplus boxships to their highest price in 13 years. And the current boom still has legs to run, Lloyd’s List’s Declan Bush reported this week.


The ldt price of a medium-sized tanker in Bangladesh on Friday was double that of a year ago, according to Baltic Exchange data.

Latest figures from Lloyd’s List Intelligence shows that 151 ships more than 10,000 dwt have been sent to recycling yards in 2021 thus far (see graph below).

Congestion at grain and coal ports across China is causing major delays for commodity transfers with average waiting times as high as 10 days to secure berthing slots.

Data from Lloyd’s List Intelligence earlier this week showed as many as 565 vessels at anchor outside key grain, coal and other bulk commodities terminals.

Some 44%, or 270 bulk carriers of 17.4m dwt, were seen at anchor in the Bohai Sea, outside coal and grain terminals in northern China, awaiting discharge at Jingjiang, Tianjin, Qinhuangdao, and Jinzhou.

A further 140 ships, of 10.1m dwt, were waiting off the ports of Shanghai and Ningbo, while 97 (8m dwt) were outside Rizhao and Lanshan, home to several grain and bulk materials terminals.

Liquefied natural gas imports grew 12% in the first half of 2021, with higher volumes buoying time charters on the spot market.

Some 195.8m tonnes of LNG was imported over 2,817 voyages in the first six months of 2021, Lloyd’s List Intelligence data show.

Spot market time charters — comprising about 32% of employed LNG carriers — are more than $65,500 daily for US-Gulf-to-Asia voyages and $64,000 per day to Japan from Australia, according to Baltic Exchange indices.

In a clients note, Oslo-based investment bank Cleaves Securities assessed rates for LNG carriers with 160,000 cu m capacity and tri-fuel diesel electric propulsion peaked at $195,000 daily in early January and averaged $71,000 daily over the first half. 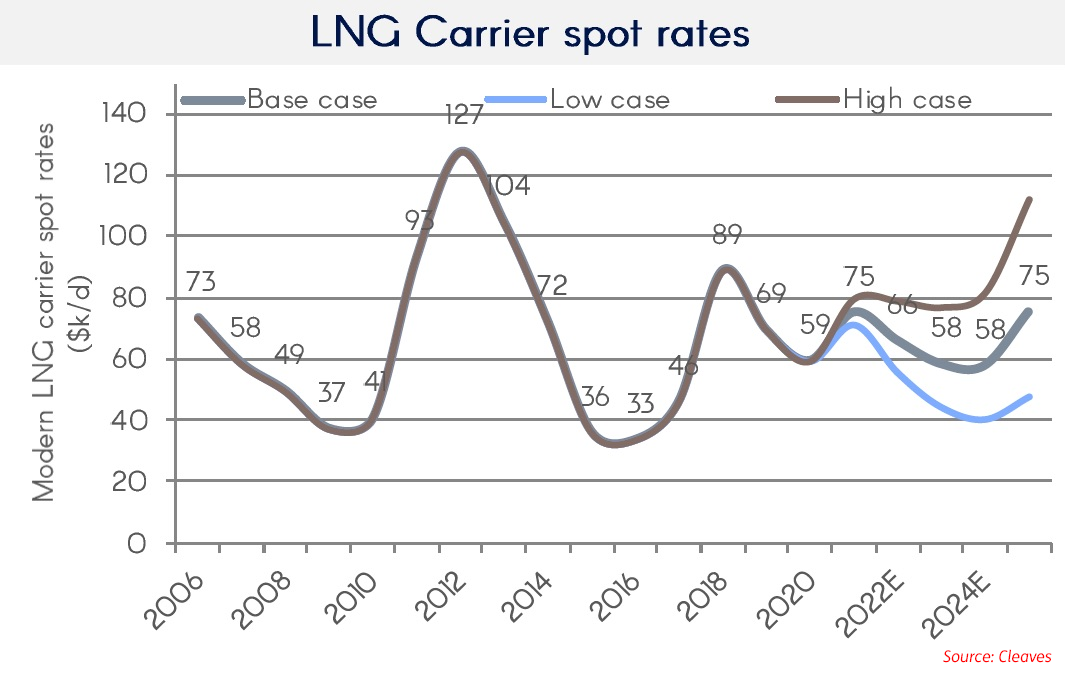 Cleaves Securities forecasts this vessel type will average time charters of $60,000 per day in the third quarter, rising to just under $100,000 daily in the fourth, but signals looming overcapacity as newbuilding deliveries flood the market amid delayed or cancelled projects the following year.