Nordic market may have considered floating its own replacement for Lloyd’s Open Form if Lloyd’s had elected to ditch the contract, it has emerged 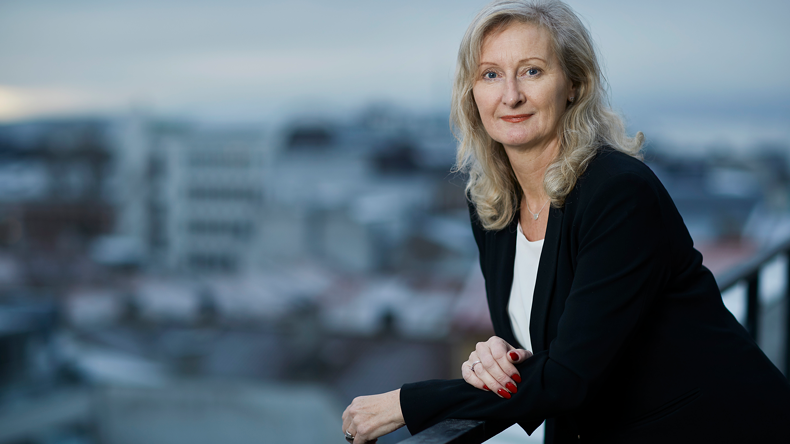 Source: Cefor Hammer: A Nordic alternative could have been considered in the event Lloyd’s closed the Salvage Arbitration Branch.

THE Scandinavian marine insurance market may have come up with its own alternative to Lloyd’s Open Form if Lloyd’s had acted on a proposal to shut down the Salvage Arbitration Branch, the support mechanism for the salvage contract, it has emerged.

But Scandinavian insurers, often seen as a leading rival of the London market and frequently painted as an epicentre of animosity towards the LOF contract, were as scathing as most other parties in lobbying to keep it.

The Nordic Association of Marine Insurers, known as Cefor, even warned Lloyd’s that such a move was “somewhat impetuous” and could damage Lloyd’s reputation.

Lloyd’s informed interested parties on July 21 that it had come to a decision not to proceed with closure of the SAB, a course of action that was mooted after it was determined earlier this year that the branch was not a core activity.

Instead it was decided to continue operating the branch and LOF after “a high volume of representations” received in support of the current LOF framework.

“Lloyd’s is now determined to increase the use of the form and highlight the benefits that its use can bring,” wrote Lloyd’s Agency head David Lawrence in a circular to stakeholders.

Cefor welcomed the decision “as our preferred option.”

Its managing director, Helle Hammer, told Lloyd’s List: “A Nordic alternative could of course have been considered in the event Lloyd’s went ahead with their proposal to close down the Salvage Arbitration Branch, but was never addressed at the time (and within the short time frame) as our primary objective was for Lloyd’s to re-consider.”

In its response to Lloyd’s, the Norway-based association that represents 15 different marine insurers warned against closing the branch, saying that it would create an unacceptable vacuum for the market.

“The consequences of the abandonment of LOF should not be underestimated,” Cefor wrote. “Salvage cases could take longer to deal with, increasing the risk of pollution, injury and death and potentially increasing the costs of salvage to an extent that impacts the bottom lines of every marine underwriter.”

LOF provided international insurers with “some degree of comfort and foreseeability in even the direst of cases, and we fear it will be a difficult one to replicate successfully elsewhere,” it argued.

As Lloyd’s List has reported, the Nordic market now calculates that it is bigger than Lloyd’s in terms of marine hull premium volume.

According to a salvage industry source, there had been “a universal rejection” of Lloyd’s proposal to ditch LOF.

That appears to have been the case with a wide spectrum of shipowning, legal, technical and other service organisations, both UK-based and global, united in opposition to the idea.

But it may have been the weight of negative reaction from within the insurance sector itself that provided the biggest jolt to Lloyd’s.

The International Union of Marine Insurers registered its opposition to closure, warning that the move “could seriously impact the support provided by the international marine insurance industry to international trade.”

Hamburg-based IUMI said: “Without such a framework, there is a serious threat of inconsistent handling of marine casualties, not in line with [the] 1989 International Salvage Convention’s principles and purposes.

“Indeed, without the LSAB framework, salvage awards could have the potential to cause marine insurance professionals to simply walk away from the process.”

The Lloyd’s Market Association, whose members include all Lloyd’s managing agencies and all Lloyd’s members agents, was also “pleased” with the outcome of the review.

The LMA’s members and the London market insurance community, alongside the global marine market, had opposed the closure of SAB and LOF as part of Lloyd’s consultation process, confirmed Lee Elliston, claims director at the LMA.

The SAB and LOF “are a critical backstop for the handling of complex marine losses, whilst the operating standards of both mitigate the environmental risks and impact that can be associated with a marine event,” he said.

However, it was right, added Mr Elliston, that the LOF service be “reviewed and adjusted to be better utilised and promoted within the marine market.”

UK sanctions divergence may be headache for marine insurers