The setting of new records barely rates a mention these days; a new record seldom lasts long enough to be of significance before it is surpassed by the next record and there’s no sign of anything slowing down yet. In dry bulk things have slowed to the point that congestion outside Chinese ports has now tied up 565 bulkers. For tankers, it’s more of the same and few really believe that Opec states patching up their differences is going to save them 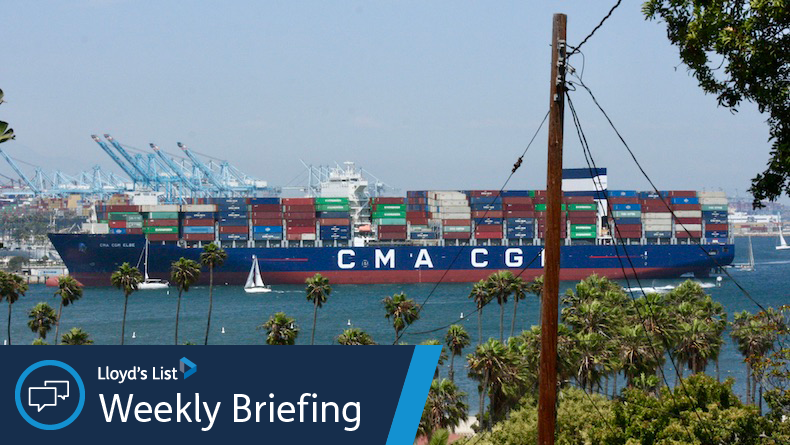 Any thoughts that the dog days of summer might provide some relief to the beleaguered container shipping sector have been dashed as the red-hot segment continues to power ahead.

Freight rates continued their upward surge this week, with the Shanghai Containerised Freight Index breaking the 4,000 mark for the first time in its history.

The setting of new records barely rates a mention these days; a new record seldom lasts long enough to be of significance before it is surpassed by the next record.

As financial results begin to emerge for the second quarter and first half of the year, it appears that record-breaking will continue to be a theme for some time yet.

Taiwanese carriers Yang Ming and Wan Hai, for example, both told investors they expect the market to remain strong through the rest of this year as serious port congestion leads to a shortage of capacity going into the traditional third-quarter peak season.

Logistics giant Kuehne+Nagel also noted the year was characterised by “uniquely high” consumer demand combined with supply chain uncertainty, an issue that had helped it report record earnings during the first half.

There are few signs of the congestion and disruption going away, as event after event continues to batter the supply chain.

In the US, congestion at inland rail freight terminals saw the cancellation of rail services from the US west coast to the Midwest, a move that will exacerbate congestion and dwell times at the country’s leading gateways.

Meanwhile, in South Africa, civil unrest led to the halting of most logistics movements in parts of the country and the temporary closure of two major ports.

So fragile and expensive has the system become that some shippers are now unable to economically ship there goods, as the price of carriage outweighs the value of the goods in a container.

Freight sources are warning that this could lead to sharp inflationary pressures in many consuming countries.

Route maps out of the current situation remain vague, however. While the US appears to be ready go down the regulatory route others are taking a more pragmatic approach.

The Global Shippers’ Alliance has called for collaboration, rather than regulation, to ease the path towards resolving the capacity crunch.

Meanwhile, the port of Rotterdam, itself affected by the congestion that is slowing the wheels of commerce, also said that collective efforts between all parties in the supply chain would be more helpful than pointing the finger of blame at any one party. The end of the Opec impasse sees oil producer members of the cartel plus Russia add a further 2 million barrels per day of supply to the market by the end of 2021, but tankers are by no means out of the woods yet.

Shipowners do not need to be reminded that crude and product tanker freight rates and earnings in the first six months of this year have been the worst this millennium — but few believe that the Organisation of the Petroleum Exporting Countries patching up their differences is going to save them.

Opec boosts supply by 400,000 bpd each month from August, of which half will come from member countries in the Middle East Gulf, the epicentre of the moribund tanker market, and dominated by very large crude carrier loadings.

But it is worth remembering that not only are non-Opec exports from countries such as the US rising, but also any oil demand recovery is fragile. The Delta coronavirus variant rampages globally; most of Australia went into harsh lockdowns over the last week.

Add to that China’s first-half crude imports contracted over the year-ago period, even as monthly refinery output surged to a new record, signalling that inventory drawdowns for the biggest oil importer will not add as many tonne-miles as tanker owners hope for.

The only bright light: the biggest one-day correction since last March in the benchmark Brent price on Monday on news of the Opec deal saw prices fall by 6%, which will filter down to lower bunker prices.

This will lower daily operating expenses for tankers, which for those tankers without scrubbers installed might mean the difference between negative earnings and actually coming out above zero. 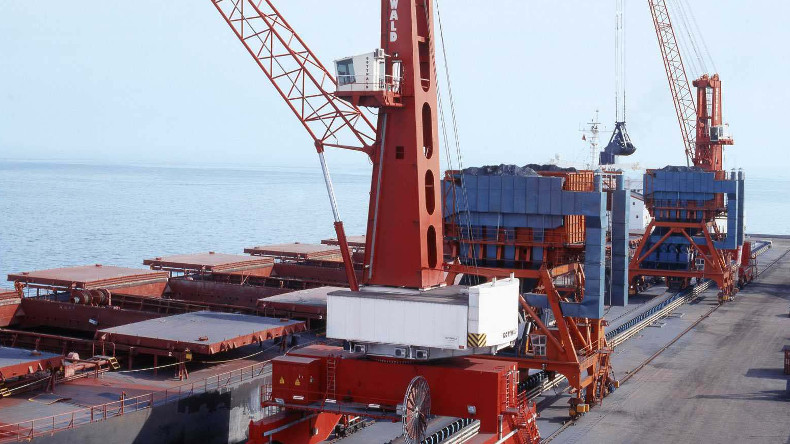 Congestion outside Chinese ports has tied up 565 bulkers, according to Lloyd’s List Intelligence data. Panamax and supramax vessels were mainly affected, with average waiting times outside key grain and coal terminals rising to about 10 days.

Analysts said the congestion is being caused by exceptionally strong demand for commodities moving into China combined with coronavirus-related disruptions.

“A strong uptick in coal demand from China is one of the reasons behind the recent rise in congestion, but there are also a lot of vessels carrying grain in the line-ups,” said Maritime Strategies International senior analyst Alex Stuart-Grumbar.

In addition, smaller-sized tonnage spend more time in port discharging cargo as they are less automated, he said.

Coronavirus-related delays along with infrastructure constraints were also adding to port congestion, according to shipbroker Simpson Spence Young. Meanwhile, only a dozen of the bulk carriers identified as waiting to discharge were laden with Australian coal.

A trade dispute with Australia saw China ban imports of coal, copper ore, barley and other commodities in mid-2020, which stranded more than 60 bulk carriers for months into early 2021.

As fleet inefficiencies support higher freight rates, an expected increase in Black Sea grains exports in the coming weeks and months will add to demand for sub-capesize vessels, according to analysts.

A rise in wheat and barley production from Ukraine, Romania and Bulgaria will likely be channelled to the export market as Black Sea-origin supplies become price competitive, said Danish grains consultancy BullPositions.

Supplies from Russia, although seeing a dip from last year, are still projected to be the third-strongest on record, with shipments heading to the Middle East and North Africa. Barley exports from Australia are finding their way to Saudi Arabia given the ban by China, with Ukraine taking up market share.

US regulator to begin auditing alliances