The Lloyd’s List Podcast: Shipping’s coalition of the willing

Our sustainability editor Anastassios Adamopoulos caught up with Johannah Christensen, the new chief executive of the Global Maritime Forum this week. They discuss where she sees the international NGO heading, why the global crewing crisis is likely to worsen and how this sector is still doing so little to decarbonise 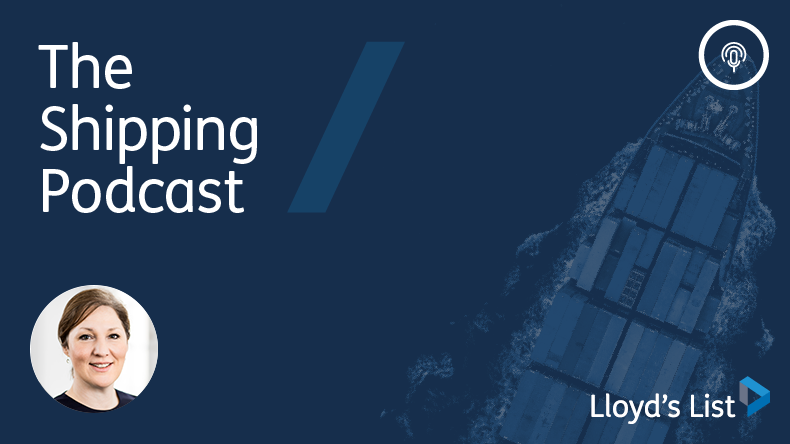 THE Global Maritime Forum has quickly cemented itself as one of the key drivers of corporate action for sustainable and responsible shipping, which will have long-lasting consequences not just on shipping’s emissions but on the very way this industry conducts business.

The direction of this influential non-governmental organisation says a lot about where the sector as a whole is headed and how much agency the industry’s coalition of the willing have in terms of determining their own fate.

“Things are just going too slowly — there is no other way to put it,” says Ms Christensen talking to our sustainability editor Anastassios Adamopoulos in this week’s podcast as they discuss progress towards zero-carbon shipping.

Ms Christensen, who has been head of projects and programmes for the international group since 2017, was recently appointed chief executive of the non-governmental organisation and now starts to roll out her vision for what happens next.

She has been one of the leaders within an organisation that has expanded greatly in a short time period and she often represents the group on panels, forums and other public engagements.

The international not-for-profit organisation emerged from Danish Maritime Days in 2017, where Ms Christensen was already working when the new organisation was launched.

It is now one of the most influential actors in promoting maritime decarbonisation, having enabled landmark initiatives such as the Getting to Zero Coalition, the Sea Cargo Charter and the Poseidon Principles.