The Lloyd’s List Podcast: Why shipping is not going to get any sanctions risk relief

Don’t mistake the anticipated lifting of Iranian sanctions for an easing of compliance risk. For those banks and insurers seeking to apply transparency to the opaquest end of seaborne trade, many are only just realising how far they still need to go in order to mitigate the risk that the Trump era in some way helped expose. For shipping, this means more investment in due diligence and surveillance. Amalie Korning Wedege, head of sanctions compliance at Danske Bank, and Leigh Hansson, a partner at the law firm Reed Smith specialising in sanctions compliance for shipping, tell Lloyd’s List editor Richard Meade how shipping can navigate the murky waters of sanctions risk and compliance 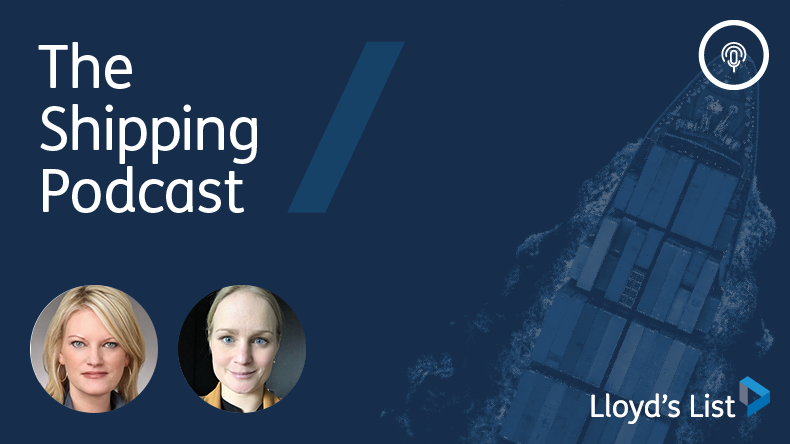 THE revival of the multinational nuclear deal, known as the Joint Comprehensive Plan of Action (JCPOA), that was signed in 2015 and abandoned by President Donald Trump three years later is a significant one for shipping.

Should the talks currently ongoing in Vienna bear fruit, the return of Iran to the international stage with US sanctions against the Islamic state potentially being dropped will have immediate consequences.

Before sanctions were reimposed, Iranian monthly exports were between 2.5m and 3m barrels per day. This suggests at least 800,000 to 1m bpd will be added to the market once exports resume.

Those hoping that the punitive sanctions Trump imposed on Iran and Venezuela that have disrupted global shipping and catalysed an industry-wide upgrade of compliance risk processes will start to be eased are likely to be disappointed.

The increasingly onerous and expensive compliance burden that has been borne by the shipping sector over recent years is not going to evaporate in the wake of an Iranian nuclear deal.

On the contrary — Lloyd’s List has been arguing for some time now that compliance is getting more complex because the evasion tactics used by those circumventing scrutiny are evolving and outpacing the existing sanctions effectiveness.

In this week’s podcast, two experts reinforce this view, arguing that whatever happens with Iran next, the target of the maritime sector’s back is not about to be ripped off and the compliance genie is not being put back into the bottle.

Talking to Lloyd’s List editor Richard Meade on this week’s edition about how shipping can navigate the murky waters of sanctions risk and compliance are:

For those banks and insurers seeking to apply transparency to the opaquest end of seaborne trade, many are only just realising how far they still need to go in order to mitigate the risk that the Trump era in some way helped expose.

As the former US Deputy Attorney General Paul McNulty pithily summarised it: “If you think compliance is expensive, try non-compliance.”