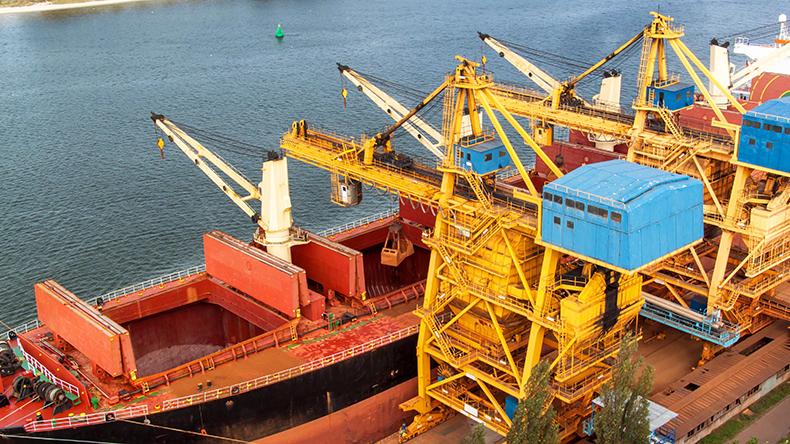 SURGING demand for commodities such as iron ore has not only lifted bulk carrier earnings, but also fuelled the strongest first-half result yet for dry bulk freight future volumes.

Forward freight agreements bought or sold for bulk carriers surged to just under 1.3m lots, equivalent to nearly 1.3bn tonnes of freight in the first half of 2021, data from the London-based Baltic Exchange show.

The higher volumes signal yet another stellar year is in store for the dry freight derivatives sector, which reported more than 1.5m lots in volumes for all of 2020, returning trading to the halcyon days of 2008.

The financial contracts allow buyers or sellers to fix the future price of freight to hedge against volatility and are used as a risk management tool.

Volatile freight rates — which have seen capesize earnings rise from $10,000 daily last December to surpass $40,000, collapse to half these levels before rising again — are underpinning the surge in FFAs.

The first-half results are the highest volumes in records going back to 2007 and compare to the almost 1.2m lots traded in the first six months of 2008. The volumes are 35% greater than the same period last year.

By contrast, tanker FFA volumes dropped to the equivalent of 292.3m tonnes of seaborne crude or refined products in the first half of 2021, compared with 411m tonnes for January-June 2020.

This came despite record daily volumes trading on May 21, amid rising speculation that US sanctions on Iran would be lifted, which would impact not only the price of crude but available tonnage in the crude tanker market.

Tanker rates have been consistently low and rangebound, unlike global oil prices indices, which has discouraged trading in freight.

Dry bulk rates have been boosted by record demand for iron ore and grains, especially in China, which has seen capesize and panamax rates touch the highest since 2010.

That has also led to increased demand for supramax vessels, with added support coming from handysize FFAs which began trading in April.

Based on data from the United Nations Conference on Trade and Development for seaborne coal, iron ore and grain shipments, 2020 FFAs represented 48.5% of the market, up from 42.5% the year before.

But the half-year results suggest that trading in FFAs is almost at levels that measure nearly 80% of the physical trade, a development not seen since 2008.

Volumes are reported by shipbrokers to the London-based Baltic Exchange, which publishes the indices against which contracts are settled.