The transformation of shipping driven by decarbonisation will distinguish the progressive companies from the regressives. And as the spotlight shines on the industry’s sustainable initiatives, shipping will recognise many obvious, yet studiously and widely ignored shortcomings


A round table discussion led by Lloyd’s List identifies long-standing issues and offers pertinent solutions. The deficiencies go to the heart of the industry and there will be winners and losers 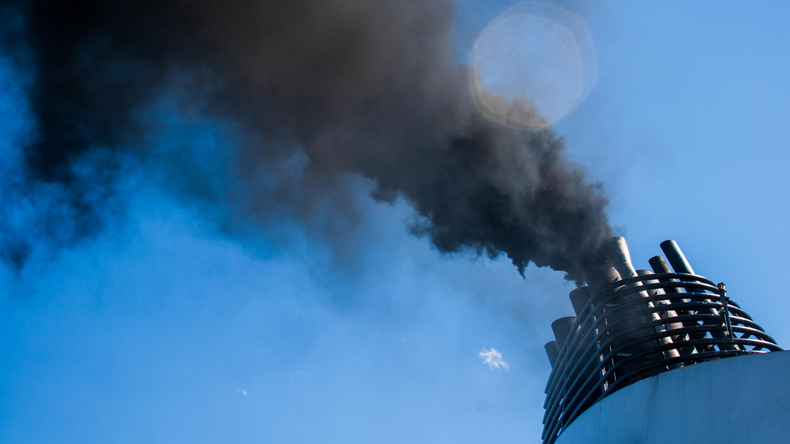 Source: Michele Ursi / Alamy Stock Photo While a carbon tax is a clear solution for some shipping interests, it is more difficult for others.

SHIPPING is a conservative business. It has a long heritage and a valuable role in connecting economies across the world. Unfortunately, its heritage too often restricts change, and its place at the heart of globalisation has taken advantage of a lack of transparency.

The demands of decarbonisation will inevitably drive a transformation of shipping that flows far beyond anything seen before. Tradition and commercial obfuscation stand for nothing in the eyes of internal and external stakeholders crying out for cleaner, greener shipping, ports, and logistics.

Among the many elephants in the room identified by a Lloyd’s List-hosted round table discussion is the sharp focus on the impact of any decision on a company’s profit & loss statement, even when the benefit is at one remove. Many time charters require ship owners to invest in new technology even though they do not benefit from savings — charterers pay the fuel bill.

However, the significance of cost goes way beyond p&l statements. It plays a part in dissuading shipping companies from trying out new technologies even when savings have been proven.

Several new technologies, such as innovative wind propulsion technologies with proven payback periods, have only recently begun to be adopted, with the oft-stated excuse that pioneer cost is too high.

Investment in new tech also has an economic significance.

Then there’s the issue of fairness, with parts of the industry arguing in favour of a level playing field to allow all players to benefit equally.

This position hides an uncomfortable reality: shipping has never enjoyed a level playing field. Business acts through a kaleidoscope of decisions which leaves winners and losers. The drive for decarbonisation will inevitably accentuate this division.

While the undoubted advantages of digital solutions are endlessly discussed at shipping forums, the biggest elephant of them all is overlooked even though many owners and operators have been very vocal in its favour.

Shipping’s transformation will only be achieved if the huge gap between the price of heavy fuel oil and alternative energy sources can be bridged. As it stands, the cost of ammonia makes it unrealistic even for the most progressive companies.

How to build that bridge is a contentious quandry that has divided opinion at every level. The imposition of a carbon tax, a levy on fossil fuels with the unambiguous intention to reduce emissions, is indeed advocated passionately in some quarters as the only solution.

Not only would a carbon tax encourage a transition to cleaner shipping through greener operations, it would also reduce the payback time of data-led technologies by making the burning of fossil fuels much more expensive.

But while a carbon tax is a clear solution for some shipping interests, it is more difficult for others.

Faced with this dilemma, all eyes turn to the International Maritime Organization, which regrettably has been found wanting. Most member state delegations support their governments’ economic positions, and consensus is rarely achieved.

It is clear that a carbon tax will only be implemented on a global level with the full regulatory support of IMO, and that support looks unlikely.

This will put shipping under considerable pressure. Even in the event that the bones of a levy were put in place later this year, implementation wouldn’t happen until the second half of the decade, delaying much-needed early action towards achieving IMO’s 2050 goals for reducing absolute emissions from shipping by 50% relative to 2008 levels.

Not all shipping organisations regard the transformation of the industry brought about by decarbonisation as an existential challenge. Some also see it as an opportunity for positive change.

Among the many benefits they see are an encouragement for greater collaboration and the prospect of welcoming a much wider pool of skills and talent from within the business itself, from other sectors of shipping, and from different industries.

Many shipping companies have hitherto drawn from a shallow pool of talent, focusing on seafaring. A digitally driven, decarbonisation-focused company might need to recruit customer skills, digital and technological expertise, and search for new leadership.

Further, shipping’s lack of transparency has been encouraged by the fragmentary nature of the industry. Charterers, shipowners, and shipmanagers work with hundreds of industry parties, all of which seek commercial anonymity.

A sustainable business in future will push for closer but more targeted collaboration, and that will mean wider influence.

Shipping has been slow to innovate and reluctant to see the bigger climate change picture, and it thrives on a lack of transparency. But many see the decarbonisation agenda as a catalyst for change, a mechanism for identifying the many environmental, social, and corporate governance elephants in the room.

Real global transformation will require the IMO to take the initiative, and to align its policies and procedures with the climate change cause. Failure to do so will invite regional alternatives, from the European Union, the US, China and elsewhere, to become the necessary drivers.

This round table discussion agreed that transformation is inevitable, that digital wins must come in parallel with the push for alternative fuels, and that IMO should be the vehicle for change.

But it also accepted that such transformation would split the industry between the progressives who drive collaboration and seek sustainable solutions and the regressives who, struggling to compete, would be pushed to the margins.

Transformations are very rarely straightforward. They proceed unevenly, they have consequences for interests up and down the supply chain and involve a high level of dissension in industry forums.

Even so, shipping has resisted change for far too long, with the result that the coming transformation is likely to be seismic.

Shipping can achieve carbon neutrality by working together