This Day of the Seafarer, cut the crap and get the crews home

Despite the usual outpouring of platitudes and warm words, efforts to address the crew-change crisis have left too many facing abandonment, cancelled repatriation, severe social isolation, and routine unending fatigue as their daily reality

What is the value of sounding ships’ horns in solidarity with seafarers if the powers that be are not even listening? 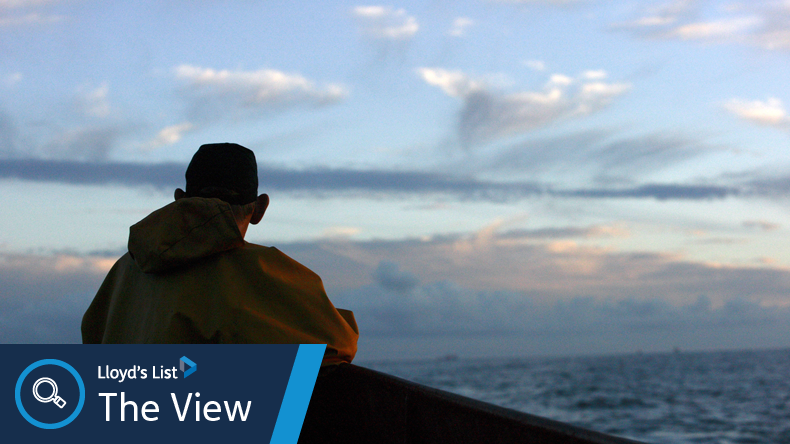 ANOTHER year, another Day of the Seafarer. Then again, the last 12 months have not exactly been ‘another year’.

The impact of the pandemic has been felt by us all. But it is no exaggeration to say that hundreds of thousands of the 1.6m men and women who crew the world fleet have had their lives turned upside down like no other group of workers.

Despite the usual outpouring of platitudes and warm words, efforts to address the crew-change crisis have left too many facing abandonment, cancelled repatriation, severe social isolation, and routine unending fatigue as their daily reality.

As shipping rallies behind calls for a fairer future for seafarers, we need to consider why we have collectively failed to deliver a fair present.

The industry — from its manifold single-ship companies to the International Maritime Organization itself — has proved impotent to protect those who serve it. The harsh truth is that all too often, shipping doesn’t really seem to care.

Most developing world seafarers are quite rightly proud of their job and the route it has often provided out of poverty for them and their families.

But the pandemic has underlined the way in which conditions for too many are only a few rungs up the ladder from slavery.

Conscripted into indentured service because of their economic circumstances, they are unable to strike or indeed take any action to improve their lot.

Shipowners will say they have borne extraordinary costs in diverting ships and chartering flights to bring their workers home, and that governments are not listening to them. We applaud their efforts.

But it is naïve for shipping to expect a warm welcome ashore by the same governments it has done so much to evade in their pursuit of profit, registering their ships in far-flung tropical tax havens far from the taxman, the accident investigator and the press.

Shipping insists that all rule-making be centralised under one ostensibly powerful global regulator, beholden to its interest groups and hobbled by its need for consensus.

Yet when push comes to shove, that regulator has shown itself inadequate to the task of co-ordinating international efforts to sort out the plight of those at the industry’s coalface, despite its standing as a fully-fledged United Nations agency.

Shipping must face up to these difficult questions and more if it wants Day of the Seafarer to be anything more than a hashtag and a collective sigh of defeat.

Whatever is the point of sending nicely worded statements, copied to journals including Lloyd’s List, asking for consideration of the seafarers’ plight, if no-one is listening?

Where is the value in sounding ships’ horns in solidarity with seafarers if the powers that be are not even listening?

The idea of an International Day of the Seafarer is all fine and dandy. But after 15 months of Covid-19, it’s time to cut the crap and get the crews home.

Vaccines and crew change overshadow Day of the Seafarer

The Lloyd’s List Podcast: A fair future for seafarers?

The Lloyd’s List Podcast: Shipping has an image problem

Shipping apes G7 to spread the word for seafarers