Latest statistics reveal the crew-change crisis remains a concern, but crew managers have found ways to keep seafarers and ships moving. Single-shot vaccines are a gamechanger.

Ports and their wider industrial ecosystems can make the Green Deal happen. But investment needs to be targeted wisely.


Most of the participants in the dry bulk market are expecting the strong freight rate sentiment to continue through the year, bar any unexpected black swan events.

Concerns over replenishing heavily drawn-down inventories have pushed buyers in Europe and Asia to snap up spot cargoes following an unusually cold winter spanning late 2020 and early 2021, while Europe’s support for an indirect carbon tax has also promoted a coal-to-gas switch in the region’s power sector.

Shipowners are looking at increased premiums in the order of 5%-10% this year for both P&I and H&M, a development that comes after similar annual rate hikes for the past year or two. 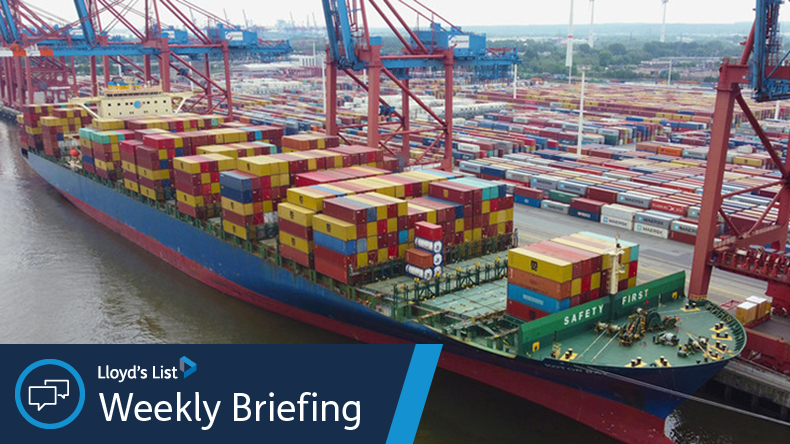 
Liquefied natural gas shipping rates are trading at more than double their usual, as prices for the commodity advanced to levels often only seen during the winter peak.

The liquefied petroleum gas shipping market is in much better shape than this time last year, with spot rates verging on the strongest levels seen in years as owners hope for a positive winter.


A slot management system based on sharing port optimisation data could help in preventing delays and congestion at ports by utilising a shared just-in-time arrival model.

Vale, the Brazilian mining giant, is to test the first-ever very large ore carrier fitted with an air lubrication system designed to reduce fuel use and cut greenhouse gas emissions.

Hyundai Mipo Dockyards will build the 2,100 teu dual-fuel feedership that Maersk has committed to operating on carbon-neutral methanol.

A unit of Sembcorp Marine, Singapore’s leading yard group, has secured a $175m contract from Brazil for work on a floating production, storage and offloading vessel.

The UK Chamber of Shipping has appointed Sarah Treseder as its new chief executive, effective October 2021.

Bulk carriers transiting the Singapore Strait have been targeted by armed robbers on five occasions in recent weeks, according to latest data.

US Pacific and US Gulf coast ports face possible disruption as projected heat waves boost demand for electricity and increase the chances of fires which threaten power production and transmission facilities.

Kuehne+Nagel said it has agreed to sell a 24.9% stake in its recently acquired Apex International subsidiary to private equity investor Partners Group.

Pelagic Partners, a Cyprus-based shipowning fund, said it is looking to make further vessel investments after lifting its current portfolio to five units.