Why Ever Given cargo claims will get ever larger

The vessel still sits in Great Bitter Lake as a legal wrangle goes through Egyptian courts, which means the bills are probably piling up

The longer the Evergreen-chartered boxship is prevented from sailing, the more perishable cargoes will spoil and the more retailers will order replacement consumer durables, legal experts warn 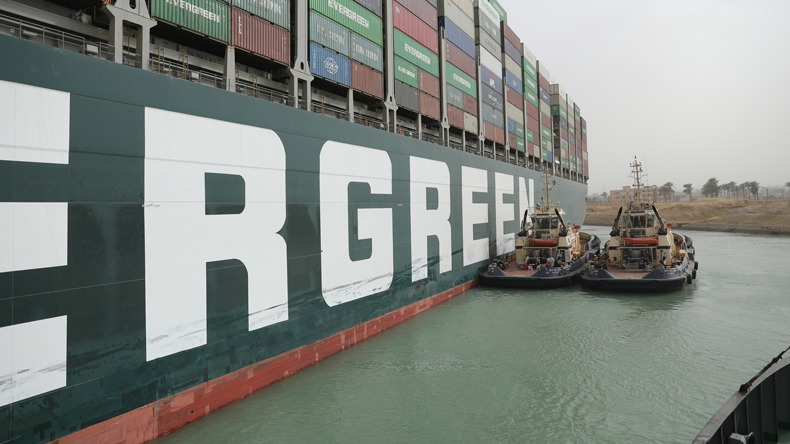 Source: Suez Canal Authority The delays in settling the aftermath of the Ever Given incident will pile bill upon bill.

ADDITIONAL cargo claims will result from Egypt’s continuing refusal to let Ever Given sail on, and the longer the vessel is held, the more expensive those claims will ultimately get, legal experts believe.

Once the boxship does finally move, some containers are liable to find themselves dumped at subsequent ports of call, with consignees having already collected on cargo cover, they add.

Ever Given (IMO: 9811000) has remained at anchor in the Great Bitter Lake ever since its grounding caused a six-day closure of the Suez Canal in March, as its Japanese owners battle the issue out with the canal authority in the local courts.

In the last reported legal move, an appeal against the arrest was rejected last month.

The Suez Canal Authority has reduced an initial compensation demand in excess of $900m to around $600m, and has agreed that the vessel can proceed on the back of a $200m deposit.

But insurers, including Japanese market hull and machinery cover and the UK P&I Club, believe those terms to be onerous, and question substantial elements for ‘salvage bonus’ and ‘loss of reputation’.

No immediate legal resolution is in sight, and some commentators privately believe that the Egyptian judiciary will naturally side with the SCA.

General average has been declared, meaning that cargo interests are liable to contribute towards some of the costs of the salvage.

This requirement is almost certain to be contested by insurers, who could even dispute whether Ever Given has been ‘salved’ at all in the legal sense of the term.

As lawyers have already pointed out, there were at least 10,000 boxes on the 20,000 teu ship, depending on how many were 40 footers, and there were up to 20 cargo interests per box. Even collecting security will be a major task.

“If Ever Given had sailed on after a slight pause, the dispute between the cargo owners and either the shipowner or the contractual carriers would have revolved around cargo’s liability to contribute to the cost of salvage,” said James Turner QC, of Quadrant Chambers.

That liability would arise directly from a Lloyd’s Open Form, although there is no LOF in this instance, but otherwise arises from the GA. But that would have been the end of the matter.

“It would have been vanishingly unlikely that in this instance there would have been any wider damage claim. But the longer it stays in the Great Bitter Lake, the greater the likelihood of losses arising, either simply because of the delay, or from cargo damage caused by the delay.”

Some of the boxes on board are understood to contain perishables. This was not an immediate issue, as reefer boxes slow the process of deterioration of fruit and vegetables for months on end.

But even refrigerated foodstuffs go bad eventually, and the longer the litigation drags, the more this will be the case. This will mean cargo damage claims.

Even where goods are durable, supply chains and delivery times have been disrupted and customers are getting impatient.

The SCA has valued the property salved at around $2bn or even $3bn... Based on our experience of other large containership casualties the cargo value on the Ever Given is likely to be in the region of $600-700m,’ Clyde & Co head of casualty says

This will mean cargo delay claims, if for example a bicycle retailer decides it cannot wait for more stock of bikes and orders another batch from the same manufacturer.

Issues will also arise as to the value of consignments, Reed Smith partner John Ellison told Lloyd’s List in an interview in April.

“Where these things get into a dispute often is how you value the loss, especially when you are talking about a lost revenue claim or lost income,” he said. “There is never a black and white answer to that question. Accountants, just like lawyers, are good at coming up with different ways to argue about things.”

It is difficult to quantify just how much delays will add to the bill, but eight-figure dollars seems a reasonable guess.

Moreover, some cargo interests with a paid-out valid claim on cargo insurance will opt to dump the containers.

“The box will sit on a quayside somewhere for quite a long time until someone decides they have had enough and empties it,” said Mr Turner.

What happens after that will vary according to the jurisdiction in which the box ends up and the terms and the conditions under which box in question was carried, likely set out under bill of lading.