Supply chain chaos at Chinese ports, the politics of China's pitch for a Hamburg terminal stake, and why shipping may not be able to swerve the new push for a global corporation tax 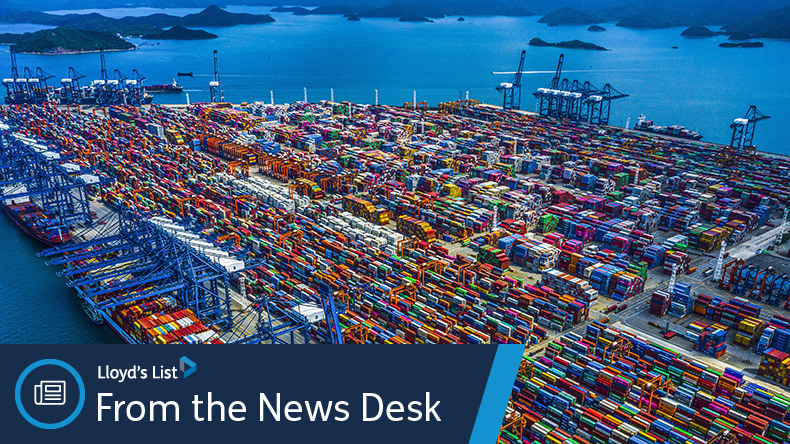 GROWING box congestion at China’s Yantian Port, which halted some operations after positive Covid-19 tests, has shown how local disruptions are having global ramifications, so tight is the present squeeze on shipping capacity.

The snarl-up has crippled growth in throughput at major Chinese ports and there are warnings its effects will be felt around the world, with cargo delays comparable to the more dramatic Suez Canal blockage.

Meanwhile, China’s infrastructure expansion drive continues undimmed, with Cosco Shipping’s port arm pitching for a stake in a Hamburg container terminal. Editor Richard Meade says the move is down to pragmatism, not politics.

Death and soon, taxes: The US-backed push for a global corporation tax could force larger shipping companies to pay the same tax as other industries for the first time ever, experts have warned.

Nautilus International chief Mark Dickinson reckons such a deal would “help end the 70-year-plus nightmare that is the corrosive flags of convenience system”.

The Lloyd’s List View: Pleading for exemptions from world leaders is unlikely to work. It’s time for shipping to scrap secretive accounting practices that contribute to its shady reputation.

Listen Out: On the podcast, sustainability editor Anastassios Adamopoulos on what to expect from the IMO’s Marine Environment Protection Committee meeting, which kicks off from today.

We’ll have daily coverage of MEPC 76 through the coming week. See also: the UK’s COP26 climate head calling for more zero-emissions pledges ahead of the big UN summit.

Cosco’s Hamburg move is commercial pragmatism, not a political play