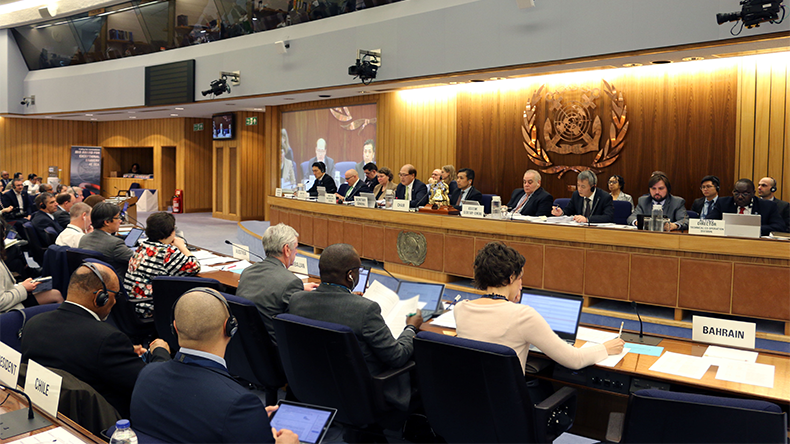 
Shipping needs decisions from the International Maritime Organization this week on key issues like short term emissions measures, a $5bn research and development fund and a structure for future market-based measure negotiations.

Container throughput growth at major Chinese ports slowed last month, highlighting the impact of the coronavirus crisis on the country’s southern export hubs and the disruption in the global supply chain.

The Global Shippers’ Forum has used the current disruptions in the supply chain to renew its call for the removal of the consortia block exemption regulation.

Climate experts are calling on more shipping companies to develop zero emission strategies and pledges ahead of the biggest UN climate meeting since the Paris Agreement.


Despite the rapid influx of Chinese investment in European ports over the past decade, barriers are rapidly being erected to scrutinise deals and counter what the EU regards as the unfair trade and investment distortions produced by Chinese state capitalism. So why then is Cosco’s proposed stake in Hamburg, a steadfastly independent hub amid a sea of global operators, apparently not triggering too many concerns for now?

Shipping has long been a low-tax industry and demands for a global minimum corporation tax could have a profound effect on some owners. But officers’ union Nautilus believes the measure is essential for fairness, writes general secretary Mark Dickinson.


Carriers are likely to blank more sailings from southern China as increased dwell times and a shortage of equipment increase at the congested ports of Yantian, Shekou and Nansha.

The capricious capesize market is still an enigma, particularly in comparison with soaring panamax rates that have been supported by thriving grain trades.

Weekly briefing: No end in sight for box boom | A capsize breather | Tankers wait for action


Global Ship Lease says it has agreed a $233.9m deal for the acquisition of 12 boxships from Borealis Finance.

The International Group of P&I Clubs has been warned that the 2022 renewal of its reinsurance contract will come at a particularly difficult time for reinsurers.

Temasek-backed Pavilion Energy said it signed a long-term agreement with BP for the sale and purchase of liquefied natural gas cargoes.

Pembina Pipeline Corp is injecting equity into a proposed floating liquefaction plant under a deal with a Canadian indigenous group that will deliver a much-needed shot of confidence into that country's fledgling liquefied natural gas sector.

A second west coast port has signed co-operation agreements with a US inland port authority to facilitate the movement of containers, reduce terminal congestion and boost railroad transport over trucks.