Free to read: Yantian ‘contagion’ will spread around the world | Shotgun marriage of shipping and private equity stumbles on | Lives are being lost amid crewing crisis, Anglo-Eastern chief says 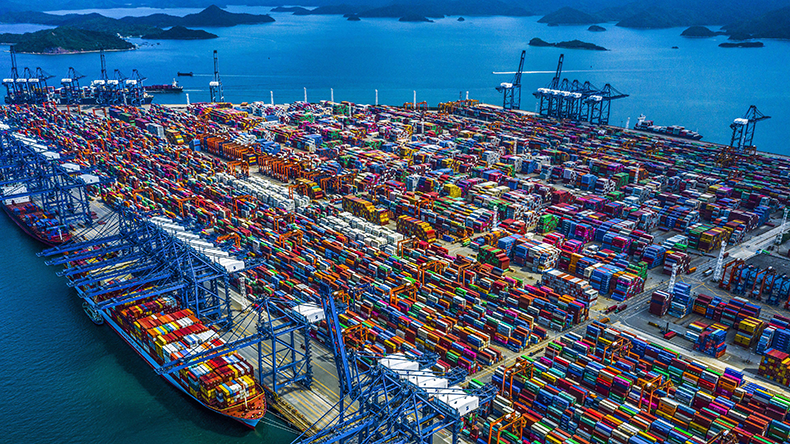 
Long-suffering cargo owners face another wave of pain as the terminal congestion from the coronavirus outbreak in southern China threatens to ripple around the world.

Funds have been selling out of the likes of Genco and Star Bulk, but new private equity deals are still being done in shipping, sources indicate.

Eighteen seafarers working for shipmanager Anglo-Eastern have died while on home leave in recent months, the company’s chief executive has said, amid frustration from shipping heads at lack of progress on the crewing crisis.


Shipping is facing intense pressure to comply with decarbonisation targets but ‘the Greta Thunbergs of this world’ are likely to call for a shortening of timelines, a webinar discussion heard.

US containerised imports, buoyed by the return of consumers to normal shopping patterns, had their busiest April on record and look set to improve further.

Rising consumer expectations of the availability of goods and the speed of delivery is proving damaging for global supply chains and terminal operators need to pay as much, if not more, attention to digital infrastructure as to physical infrastructure if they are to maximise the opportunities created by the global shift towards ecommerce.


Sembcorp Marine, the Singapore-based marine and offshore engineering company, has warned that a skilled manpower shortage owing to draconian border controls linked to coronavirus restrictions is holding back its project completions.


Argentina plans to import liquefied natural gas from a leased floating storage and regasification unit to fulfil its heating demand during the coming winter.

Norwegian shipowner Höegh LNG said it has bought a minority stake in aspiring green hydrogen producer Gen2 Energy and will collaborate on carriage and potentially the use of the zero carbon fuel.

Spain has signed up to the International Maritime Organization’s treaty aimed at safe and environmentally sound ship recycling.

Capital Maritime has signed a letter of intent with Hyundai Mipo Dockyard for four medium range two tankers that will be configured for a range of emissions reduction technologies.

As the UK and the European Union prepare to do battle over the transport of sausages across the Irish Sea, shortsea shipping is continuing to emerge as one of the winners in the Brexit lottery.

The New York Shipping Exchange is to begin operations in Europe in the second half of this year and has appointed former chairman and Maersk executive Jeremy Haycock as managing director for Europe.