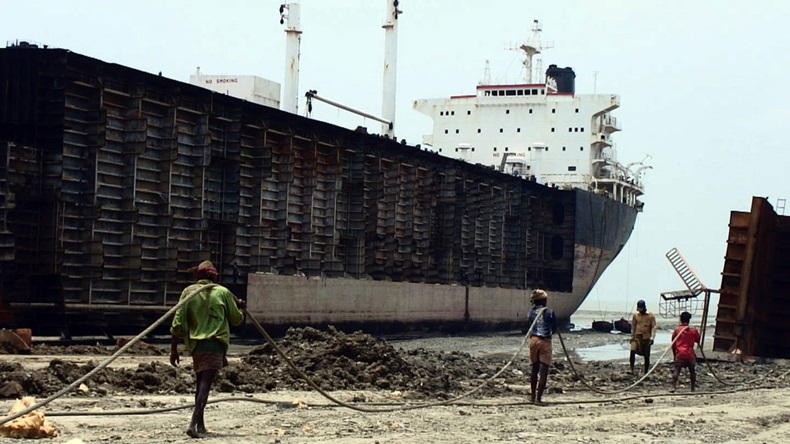 
Three registries which flag just 0.3% of the world’s tonnage were responsible for over a fifth of all vessels scrapped over the last 10 years, a Lloyd’s List investigation has found.

Fires on boxships continue to cause concern among marine insurers, with X-Press Pearl the latest in a long line of such casualties in recent years.

The European Union’s regulatory proposal for shipping fuels would likely boost the use of biofuels, creating potential compliance and enforceability problems for shipowners and regulators, according to a study.


Short-term boxship rates are said to have reached a record high as Cyprus-based shipowner Andreas Hadjiyiannis reportedly received between $100,000 and $145,000 a day for a 15-year-old, 5,060 teu containership for a single voyage.

A grounding incident off Scotland has raised questions about the use of Ecdis, the Electronic Chart Display and Information System.

Asia is the region that has been hit hardest by the adverse impact of the coronavirus pandemic on the expansion of global liquefied natural gas import capacity.


Braemar Shipping Services has reinstated dividend payouts which were suspended 12 months ago after a positive underlying financial performance despite unveiling declines in revenue and profit.

Driver shortages and Brexit-related customs difficulties are thought to be behind a shift in modes towards containerised freight for cross-Channel services between the UK and mainland Europe.


Salvors working on the burnt out hull of X-Press Pearl are preparing for oil pollution containment in case of leaks from the vessel’s bunker tanks.

A berth at Yang Ming’s Kaohsiung Terminal in Taiwan has been closed following a collision involving a containership operated by Orient Overseas Container Line.

D’Amico, the Italian product tanker owner, will test the lifecycle emissions and performance of biofuels against fossil fuels in a joint decarbonisation project.

Maran Gas Maritime has exercised options for two liquefied natural gas carriers at Samsung Heavy Industries, it has been confirmed.

NYK, the Japanese shipping line, has signed an agreement with Norway’s Yara International for a joint study on the practical application of a carrier that will transport and run on ammonia.

AP Moller-Maersk has unveiled an emissions analytics tool to show customers the carbon footprint of their supply chains to help disclosures.

The world’s first hydrogen refuelling station has opened at Antwerp.