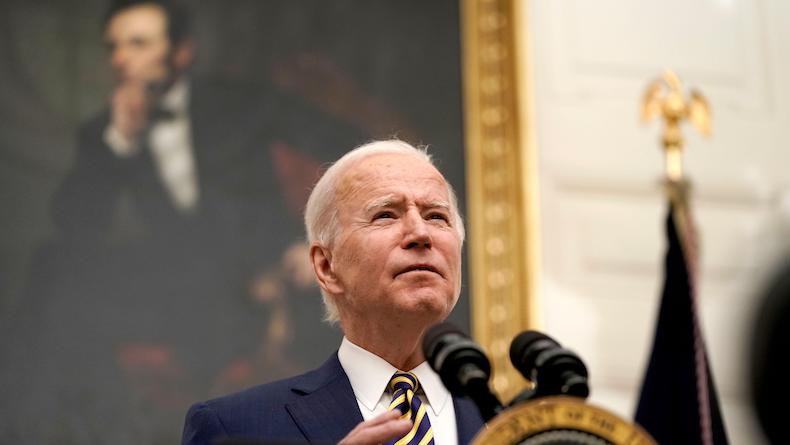 
US-backed plans for a global minimum corporation tax could see larger shipping companies hit with tax bills similar to those levied on other major industries, experts have warned. The move would end decades of de facto soft treatment for owners in many jurisdictions, and entirely scupper the business model of lower-end open registries competing in large part on the basis of effectively zero tax. The idea has been kicking around in policy circles for some years now. But strong backing from President Joe Biden’s new administration in Washington makes enactment some time soon more likely than not, those following developments believe.

Maersk chief executive Soren Skou says he advocates a global tax of at least $450 per tonne of fuel oil — which is around $150 per tonne of CO2 — “in the medium term at the current oil price” to bridge the gap between fossil and zero carbon fuels. But he did not clarify when exactly this levy should hit that price point.

After almost two weeks of fires raging aboard containership X-Press Pearl (IMO: 9875343), the charred remains of the four-month-old vessel began to sink in the waters off Sri Lanka on Wednesday.

Leading Greek shipowner Panos Laskaridis has stepped down from the board of the Union of Greek Shipowners amid controversy over some of his remarks made in the ‘Black Trail’ documentary. In a letter of resignation on Tuesday, Mr Laskaridis made it plain he was outraged that his patriotism had, in effect, been called into question.


A new zero-carbon initiative to shift 5% of the global fleet to zero-carbon fuels by 2030 by supporting projects in marine fuels, vessel technology and port infrastructure, has been launched. The Global Maritime Forum launched the new shipping mission with US, Denmark and Norway, just as another new project to build green ammonia-powered gas carrier by 2024 was also getting underway.

Liquefied natural gas is still in the money despite green critiques. Banks and investors are not pulling back funding for LNG shipbuilding projects despite recent comments from the World Bank and IEA. Ships ranging from small-scale bunker vessels to large ocean-going tankers and FSRUs still stand to benefit from buoyant interest from financiers keen on decent returns for excess liquidity on hand.

Shippers must rethink their supply chains to respond to future shocks, but ‘resilience’ will be hard to achieve. According to SeaIntelligence Consulting chief executive Lars Jensen, the global port congestion and container shortage — forecast to last well into this year — is no closer to being solved than it was five months ago. “The counter question to that is: ‘well who would want to pay for it?’ Resilience is just another word for overcapacity and we spent the last decade whittling down overcapacity.”

A shortage of vessels and equipment in global container shipping markets is hindering the pace of economic recovery in countries emerging from pandemic restrictions. Box lines have deployed all available capacity to meet a surge in demand. But shippers say the system is full and limiting international trade

Energy firms Ørsted and Eversource have agreed to charter Dominion Energy's Charybdis, an offshore wind turbine installation vessel now being built in Texas, for use in the construction of Atlantic coast wind farms. This comes as Orsted, the world's largest offshore wind farm developer, is ramping up its investment in renewables to $57bn by 2027, seeking to become a global leader in green energy and fend off growing competition.

The Lloyd’s List Weekly Briefing: Chinese policy, strikes, port delays and expectations for higher iron ore exports out of Brazil makes short-term predictions tough for dry bulk, but as key global economies recover from lockdown conditions, strong demand for dry bulk commodities will likely translate into higher earnings. Similarly in containers it seems nothing can hold back the sky-high earnings. No such luck for the energy shippers. In the tanker sector the optimists are talking a good game, but the needle has barely moved for crude and product tanker rates


Singapore-based Eastern Pacific Shipping has placed orders for containerships, each worth about $70m, with New Times Shipbuilding, with options for two more. The latest deal brings the total number of newbuild orders for Eastern Pacific to more than 60 ships worth $5.6bn.

MSC has acquired about 40 vessels in recent months and several of these have been feeder vessels. Contships Management, the feeder containerships specialist, is just the latest to sell in a further sign that soaring charter rates in some instances are tempting leading carriers to make outright purchase offers instead.

Oldendorff Carriers, Germany’s privately owned dry bulk operator, is adding more Japanese-built bulkers to its fleet through a combination of newbuilding and secondhand acquisitions. The shipowner has confirmed the order for a capesize vessel in Japan and has acquired three secondhand post-panamaxes from Japanese owners.

US-listed owner and operator Eagle Bulk has bought two 2015-built ultramaxes, while it sold one of its oldest supramaxes, as its fleet renewal continues.