‘How shipping pollutes the planet, avoids taxes, dodges regulations, and gets away with it’ — is the eye-catching strapline to the recent documentary Black Trail which has caused a stir in shipping circles. The film may not have taught us anything new about emissions, policy-making or the business of shipping, but seeing an outsider’s view of shipping on display offers a revealing, and worrying, insight into how the industry is being portrayed. This week’s podcast features the two lead journalists behind the film Zeynep Sentek, and Craig Shaw. 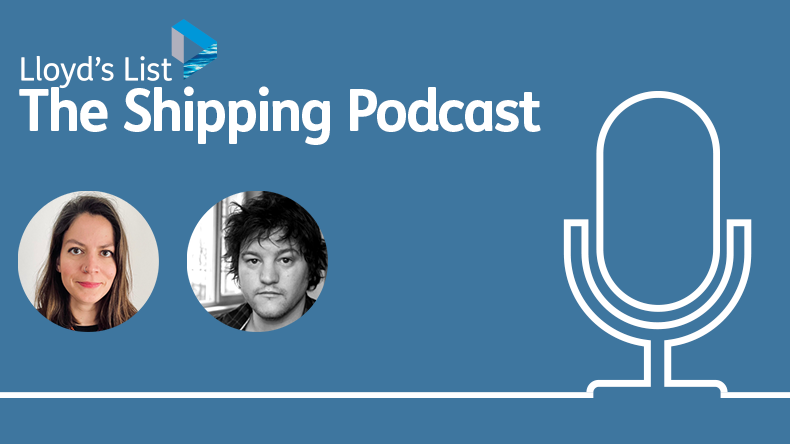 THE shipping industry complains it is invisible.

Nobody appreciates the complexities of a global supply chain that quietly and efficiently keeps world trade moving, runs the often repeated internal navel gazing that routinely ends with eager voices concluding that something must be done about our public image.

And yet when eyes of the world are upon us, the industry has a tendency to hide in the shadows.

But that is an increasingly difficult tactic to uphold because the world is now watching shipping and that intrusive glare from outside influences is not going to disappear.

We don’t tend to do film reviews here at Lloyd’s List, but along with the rest of the industry, we have been watching the European documentary Black Trail this week.

For those yet to see it, the film offers a compelling 60 minutes on what its makers view as shipping’s damming record on climate change.

How shipping pollutes the planet, avoids taxes, dodges regulations, and gets away with it — this is the strapline that they certainly deliver on with gusto.

It’s fair to say that the film has had a mixed reception from the shipping sector.

Some have applauded the frank take on the industry’s failings while others have slammed the cheap tabloid TV tactics it employs to skim over important topics with a deliberately negative agenda.

We are respectfully choosing to dismiss the voices who would rather that we didn’t give more air time to this film than it has already had because we think it is important to engage and look at what this outsider view of shipping says about where we are as an industry.

So with that in mind, Lloyd’s List editor Richard Meade invited the two lead journalists behind the film, Zeynep Sentek and Craig Shaw, to come on the podcast and talk about how they came to see shipping as an industry with something to hide, how they view the industry’s response to the film and what they make of the criticism that they have unfairly represented the industry as barely regulated tax-dodging polluters.