As part of efforts to raise public awareness, BIMCO has rolled out its second film in a series featuring the role of seafarers and the challenges they face 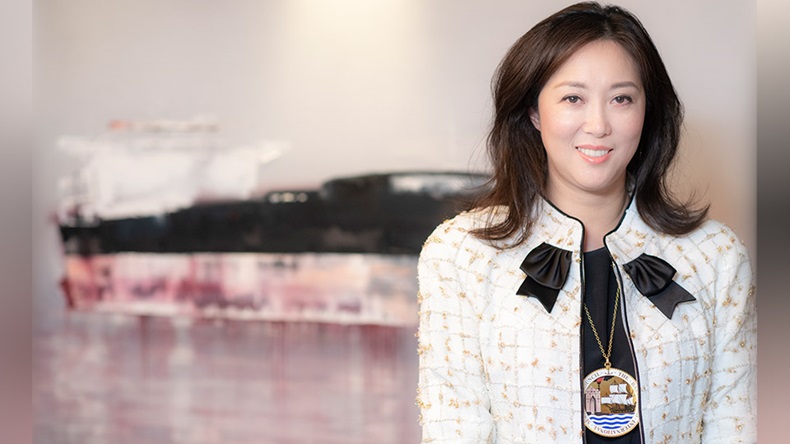 Source: BIMCO Chao: The pandemic has exposed the fact that too many outside the shipping community are ignorant of the role that seafarers play.

SABRINA Chao, the new president of BIMCO, has pledged that the task of making shipping’s voice better heard by the outside world will be at the top of her agenda over the next two years.

The shift comes at a time when there is mounting regulatory pressure on the industry amid stricter emissions rules and an unprecedented crew crisis triggered by the coronavirus pandemic.

“The pandemic has exposed the fact that too many outside the shipping community are ignorant of the role that we play,” Ms Chao told a webinar organised by the international shipping association.

“Over the next two years, one of my key priorities is to use this opportunity to help increase the awareness of the important role that our industry, our seafarers and our members play in society.”

Alongside the speech, she launched the second episode in the series of industry films produced by BIMCO and ITN, its UK-based television production partner.

Featuring seafarers, the 150-second long film tells the story of their contribution and the challenges they face, as well as an appeal to governments and the public.

“As we work to connect the world, to enable your everyday, the way you live, the way you play, life on demand, a seamless flow, we are the people on board the ships that make the world go,” it says.

“It’s our responsibility to facilitate your lives. It’s the government’s turn to look after ours. It’s time for this sea that brings us so much to bring us all together as we ask you to recognize the role we play, not only in world trade, but the world.

“Governments need to take action to eradicate piracy and allow us to change crew so that we can keep the world supplied and get home safely. We are key workers too. We hope for a future of care, treatment that is fair.”

The first film, which focused on merchant shipping, has generated 1.3m views since its launch in January and drawn attention to the role of seafarers, said BIMCO chief executive David Loosely.

“So really the absolute objective of this movie was to bring the seafarers front and centre,” he said. “It’s designed in a way which hopefully is compelling and short enough that people will watch it. But specifically, we need more countries to declare seafarers as key workers.”

The “key worker” recognition, vaccination and piracy deterrent are the three key aspects on which BIMCO will step up efforts to push for government action to help seafarers.

Mr Loosely said BIMCO was planning a large Facebook campaign for International Day of Seafarers on June 25 to try and reach out to an audience outside the maritime industry.

Ms Chao said: “Never have we faced more urgency to make sure seafarers are given the support they need and the fairness they deserve.”

Another critical task on her agenda is, of course, about shipping’s battle against climate change.

BIMCO is one the major promoters behind the proposal to set up a $5bn maritime research fund to develop zero carbon technologies.

It and other shipping groups have also urged governments at the International Maritime Organization to examine the role of market-based measures to speed up the industry’s decarbonisation process.

“We need fair and equitable market-based measures to transition to the new fuels and technologies that will be necessary to phase out greenhouse gas emissions in our sector,” said Ms Chao, adding that the association’s new London office near the IMO headquarters would help strengthen its voice in the international policy-making arena.