By interacting with the latest available autonomous technologies and working within joint industry projects, ClassNK is playing a key role in an extraordinary chapter of digital advancement in shipping 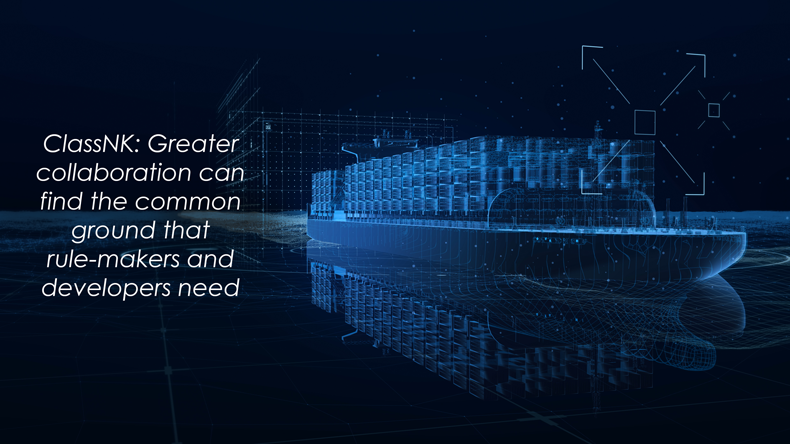 AUTOMATION in ship systems is far from new, but autonomous ship operations pose a unique challenge for regulators because they devolve part — and potentially all — of decision-making behind safe operations to technology. Evaluating the safety of autonomous ship manoeuvring algorithms, for example, demands verification that they can respond appropriately to the scenarios that lead to accidents.

In the future, computer simulation should offer a very effective evaluation tool but, in the development phase of new technology, shipping’s multiple stakeholders need to go through physical evidence to establish the capability of autonomous ships in the real world.

By interacting with the latest available autonomous technologies and working within joint industry projects, ClassNK is playing a key role in an extraordinary chapter of digital advancement in shipping. At least eight demonstration projects are underway off the coast of Japan to showcase different capabilities in autonomous ship technology. Three are on course to be completed in 2021, while the remaining five are scheduled to conclude by March 2022.

ClassNK released its initial guidelines covering autonomous ships in May 2018, updating and augmenting them in January 2020. It has also developed Approval in Principle of the APExS autonomous ship framework for NYK and MTI. ClassNK continues to work towards the early realisation of safe and secure autonomous ship procedures, with the aim of meeting the Japanese government’s target to start commercial operations from 2025.

The Japanese government has divided its roadmap for autonomous ship development into three phases. Phase 1 includes the greater use by ships of IoT-based technologies as part of operational management, and has already been realised.

Technological development and national laws are now progressing toward the realisation of Phase 2 which focuses on techniques such as remote manoeuvring from land or AI-based functionality to support operations, while leaving final decision-making to the crew.

The Phase 3 development of highly autonomous ships, on which final decisions for some tasks are not made by crew, lies beyond the scope of Japanese government targets for 2025.

However, significant developments are due in 2022 when early results emerge from the Nippon Foundation’s MEGURI 2040 demonstration project. ClassNK is a member of MEGURI 2040’s steering committee for safety evaluation.

As a whole, the project covers the activities of five consortia, which are conducting the Joint Technological Development Program for the Demonstration of Unmanned Ships. Ultimately, these initiatives envisage making half of Japan’s domestic coastal ships crewless by 2040.

For the moment, the focus of projects will be on how autonomous technologies can reduce the burden on crew, and cut human errors. Even so, ClassNK is convinced that the means of ensuring safety requirements align with advancing technologies will rely on collaboration, as moves to adopt autonomous ship technologies progress in stages.

ClassNK will continue to develop not only safety requirements and standards, but also the tools necessary for safety evaluation. In doing so, its interactions with members of the various groupings will create a reservoir of knowledge on which to base further development of autonomous ship safety guidance.

Finalising the safety requirements and standards for autonomous ships will involve disseminating ClassNK’s accumulated knowledge, globally, and being responsive to feedback.

The Lloyd's List Podcast: The big and challenging role for class societies in autonomous shipping