Malta-flagged combined chemical and oil tanker Valrossa seen loading at the Lake Charles berth for Citgo, which along with Valero was one of two refineries that received a Jones Act waiver 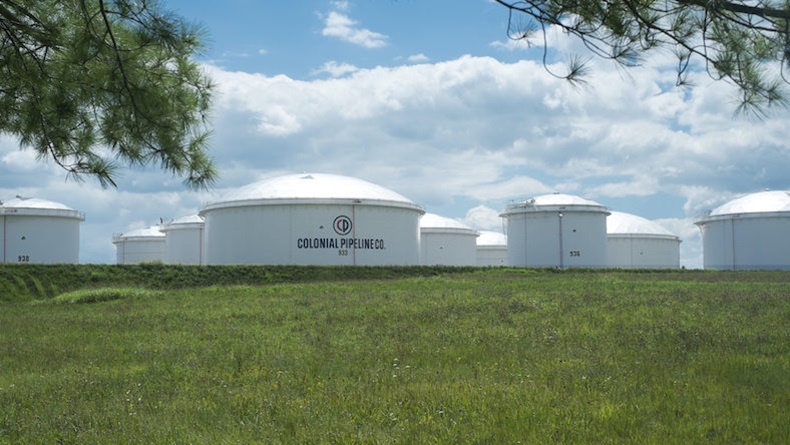 The Colonial Pipeline, which delivers 45% of the Atlantic coast’s refined products, resumed operations on May 13.

TRANSATLANTIC tanker rates have deflated almost as quickly as they spiked after two Jones Act waivers and the resumption of operations of the Colonial Pipeline ended additional demand for shipments of refined products to the US east coast.

The two exemptions, granted to Citgo Petroleum Corp and Valero Energy, allow foreign vessels to ship refined products from the US Gulf to the eastern seaboard to replace the shortages of gasoline and middle distillates from the pipeline cyberattack.

The Malta-flagged 2008-built, 50,333 dwt chemical tanker Valrossa (IMO: 9391505) was tracked at Citgo’s berths at Lake Charles on May 17 at 1700 BST, vessel-tracking analysis shows. This suggests that the tanker is the one most likely to be sail for the east coast under the Jones Act waiver.

Transatlantic tanker rates have steadied, with fixtures agreed earlier this work to ship gasoline and other refined products to the US east coast not going ahead as urgency abates with pipeline restart

The 5,500-mile Colonial Pipeline that delivers up to 2.5m barrels per day and 45% of the Atlantic coast’s refined products was closed for five days because of the ransomware attack. The pipeline resumed operations on May 13.

Transatlantic earnings for medium-range tankers dropped 36% in three days to $13,038 per day on May 14, according to the London-based Baltic Exchange.

The index averages the time charter equivalent rates for a triangulated voyage shipping gasoline to New York from Rotterdam and diesel to the Amsterdam-Rotterdam-Antwerp hub from the US Gulf.

Very few tankers provisionally fixed earlier in the week at these high rates to ship gasoline from northwest Europe ended up going ahead, as news of the Jones Act waivers first materialised.

The Act means only US-flagged, crewed and built ships can operate in cabotage trades.