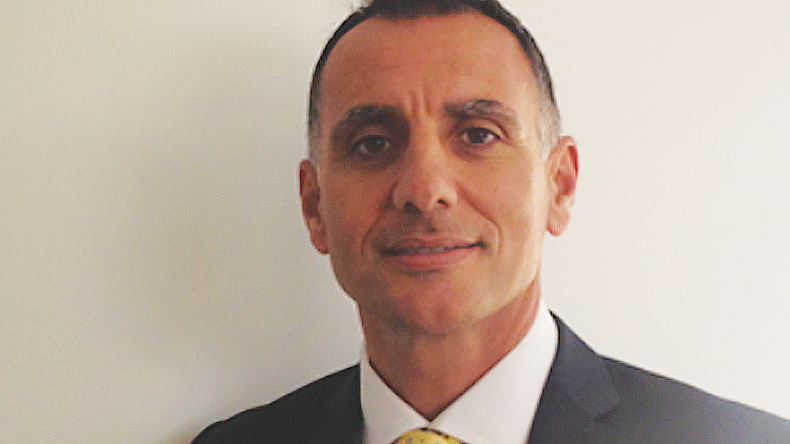 Gargiulo: ‘Many [IMEC] members are having to put a hold on Indian placements, which will soon escalate the crisis to the heights of the 2020 late spring, I fear.’

The International Maritime Employers’ Council and the International Transport Workers’ Federation, which set up virus hotels in Manila last year, are working with Indian shipping groups on similar facilities in Mumbai and Chennai.

The initiative is being approved under Singapore’s SG-STAR crew change regime, according to IMEC chief executive Francesco Gargiulo.

They will work to restart charter flights to see if they can reassure governments enough to allow Indians to travel again. Repatriating Indians was “the hardest thing in shipping”, he said.

Separately, Intermanager, the shipmanagers’ trade group, has agreed to buy 1m Johnson & Johnson vaccines for seafarers, while the International Chamber of Shipping has issued a vaccination road map to help set up hubs around the world to speed up vaccinations.

About 30% of an estimated 80,000 Indian seafarers are stuck at home without an income as owners and managers work to extend existing contracts for those at sea

“Many [IMEC] members are having to put a hold on Indian placements, which will soon escalate the crisis to the heights of the 2020 late spring, I fear,” said Mr Gargiulo. “Don’t be fooled by those that tell you they are looking to replace Indians with other nationals. Most Indians are officers and the cupboard is bare already in that sector.”

He said the problem was “very different” to last year’s shortage of Filipino sailors, who were mostly ratings. “Officers are a whole different story as these limitations will add to historical shortages,” he said.

Mr Gargiulo said the waiting list for the Philippines quarantine hotels jumped 50% overnight after the Singapore rule change, since it added the need for another seven days’ quarantine on top of the original 14 days.

Intermanager said it needs a recognised governmental body to place and receive the vaccine order to comply with international law — and has had no luck finding one so far.

It is working with the British and Cypriot governments and “has others in line too, but so far its efforts have drawn a blank”.

“I tear my hair out as to why we can’t get a single government body to authorise this,” said InterManager president Mark O’Neil. “We could have these vaccines in a pretty short timeframe.”

Shipping groups see the one-dose J&J vaccine as key for the shipping industry since seafarers do not stay in one place long enough to get second doses.

Mr O’Neil, the chief executive of Columbia Shipmanagement, urged shipmanagers to use their contacts to find a government body to use as a conduit.

“If we miss this opportunity then we’ll be kicking ourselves in a few months’ time when some vessels come to a grinding halt because we do not have vaccinated seafarers,” he said.

Mr O’Neil vowed in April to try to secure seafarers vaccines independently amid frustration at the slow pace of international efforts.

A coalition of industry groups led by International Chamber of Shipping has encountered the same problem for months as pharmaceutical companies sell only to governments.

Health authorities have said only health workers would get priority for jabs. This is a problem for seafarers, who hail mainly from poorer countries with little access to national rollouts.

Poland and the Netherlands have joined the US and Russia in starting to vaccinate seafarers and progress is being made in support of seafarers in Belgium, Romania and Denmark.

The Dutch group said about 49,000 vaccine doses would be made available from mid-June at bigger ports and Schiphol airport.

The health ministry will provide the vaccines, with private shipping companies to pay for the logistics.

A similar initiative starts at Belgian ports on May 26. It aims to vaccinate 2,100 Belgian seafarers with the single-dose J&J jab and hopes to open the programme to all seafarers by summer if supplies allow.

France has also given seafarers priority status, the French shipowners’ association said. They can now apply at vaccination centres by ticking the box reserved for health workers.

In the US, the North American Maritime Ministry Association, a Christian charity, has published a list of ports vaccinating foreign seafarers here.

It said pharmacies and health authorities in many US states and cities have made coronavirus vaccines available to foreigners in past weeks, but eligibility requirements differ.

The industry group Vaccine Taskforce has warned liability can be unclear in case of complications, since these programmes are not endorsed by the seafarers’ home countries.

But there have also been reports of profiteering by US firms and medical agents, with one employer quoted $1,500 for a vaccine that is supposed to be free.

“There’s been some bastards out there,” said Mr Gargiulo. He added that some of the more extreme cases had been reported to Florida health authorities and the US Coast Guard.

The 21-page ICS document has information on how to solve eligibility, distribution and legal problems.

ICS secretary-general Guy Platten said seafarers would soon deliver vaccines by sea and already delivered crucial medical supplies, so they should get priority for jabs themselves.

Australia’s Port Botany, in Sydney, is planning to vaccinate “a small number” of seafarers on vessels that transport gas between Australian ports.

The Maritime Union of Australia said the programme should be rolled out across Australia.

V.Group calls on vaccine-shunning nations to back seafarer countries