Shipping’s resilience and ability to find workarounds to seemingly intractable problems has carried trade this far, but without some urgent action serious disruptions to the global supply chain are inevitable

The crewing crisis never left us, but it is about to get much, much worse. There is still a gulf between what governments and charterers are saying versus what they are prepared to do in practice. The time for gesture politics is over, words need to be replaced by actions 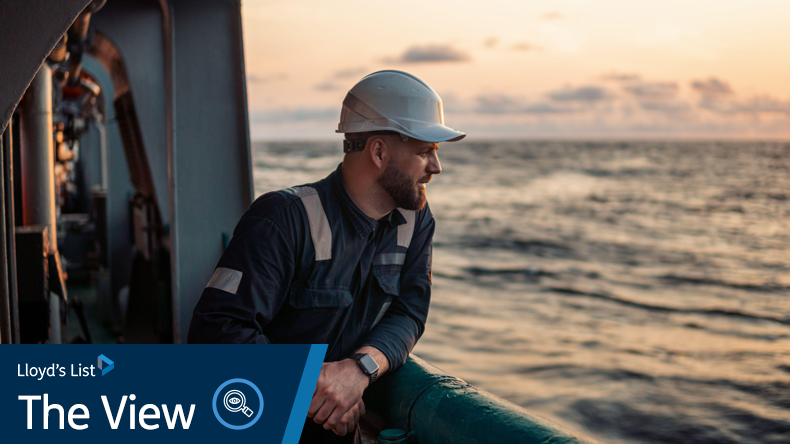 Crew changeovers vital for maintaining global seaborne trade have been paralysed by the new wave of coronavirus restrictions.

THE sight of one of the world’s largest containerships stuck firmly in the banks of the Suez Canal revealed the link between shipping and trade to bewildered consumers.

For governments, the fragility of global supply chains and the risk inherent in those chokepoint risk assessments they had been ignoring, quickly became a high priority.

But when 400,000 crew were left stranded at sea last July threatening the same supply chains via a floating humanitarian crisis, the response was more muted.

The crewing crisis is back.

In truth, it never really went away; the industry just worked around the problems, paying through the nose to do so.

The crewing crisis never went away, the industry just worked around the problems, but with India now engulfed with a new coronavirus strain, Myanmar seafarers locked out due to sanctions at home and existing logjams getting worse, there is a very real possibility that shipping has a global crew shortage coming in the post. Joining the podcast this week to...

But with India engulfed in a new coronavirus strain, Myanmar seafarers locked out due to sanctions at home and existing logjams getting worse, shipping is facing a global crew shortage.

Left unaddressed this will create a supply chain snarl up that will make the recent Suez blockage look like a minor local traffic jam.

Crew changeovers vital for maintaining global seaborne trade have been paralysed by the new wave of coronavirus restrictions, with most of the world’s seafarers currently unable to leave vessels once contracts expire or sign on to start their jobs.

Expensive workarounds previously deployed no longer work. Shipmanagers have reached a stalemate as crew logistics once again ground to a halt this week as the second wave of Coronavirus hitting India was revealed to be a tsunami.

For now, trade is moving, albeit with crew wearing hazmat suits and a growing fear that certain high-risk routes will be temporarily pulled. The current contradictions of measures being imposed by national bodies blocking crew changeovers is changing by the hour. The familiar parade of paradoxical restrictions and inconsistencies are once again ramping up.

Whether formally communicated or not, quarantine restrictions for vessels which have called in high risk areas are now widely anticipated and will cause serious trade disruptions in the process.

There will be a lag in the impact of these actions, but it will come.

Attention has naturally shifted to government responses and the familiar calls for action and pledges to overcome challenges are already being cranked out by weary industry officials wary of previously broken promises.

The lack of traction within governments prior to this re-emerging crisis does not bode well.

Governments must recognise seafarers as key workers, prioritise their access to vaccines and implement health protocols that will allow crew changes to take place safely. This is especially important in the current situation where coronavirus infections are starting to spread again, including in important seafaring hubs.

Expect these messages to once again be stressed, requests to be urged, memorandums to be signed and high-profile interventions to be made.

However, it should be noted that we are a year into this process with little evidence to suggest these messages are getting through, so temper expectations of actions preceding the inevitable crisis.

So does the industry simply brace for impact and the prepare the ‘we told you so’ response?

This is not simply a case of hoping for government intervention — industry must also collaborate to overcome the crisis and this is where we have some agency to make a difference.

Positive progress has been made over the past 12 months and the industry collaboration inherent in industry guidelines such as the Neptune Declaration offer some defence against the coming storm.

Those charterers and shipowners backing Neptune acknowledge that managing crew changes is a shared responsibility and the guidelines developed present a clear set of commitment towards dialogue and transparency.

By Michelle Wiese Bockmann and Inderpreet Walia 05 May 2021

Some charterers have embraced this call and players including Rio Tinto have been widely recognised for their exemplary commitments in public and in practice. They are sadly still in a minority.

According to senior industry officials and several high-profile shipowners who have raised concerns directly with Lloyd’s List, there remains a gulf between what is being pledge and what is being delivered in practice.

In January, we reported that charterers were refusing to fix ships with imminent crew-change requirements or demanding that crew changes are postponed in order to avoid costly disruption to voyages.

Four months on, that practice seems to be routine and the only change has been the increase in gesture politicking that has accompanied pledges of dialogue and transparency.

Shipowners polled by Lloyd’s List report a gulf between what charterers say and do in pursuing the lowest possible cost and avoiding the expensive disruption of crew change. They simply do not fix certain vessels.

Efforts such as the Neptune Declaration are to be lauded and those who signed up to it and stuck to it should be recognised, but unless more companies live up to spirit of the declaration it is a meaningless gesture.

Shipping has been left in an impossible position, ostracised by government policy seeking to protect populations, but required to keep the wheels of trade turning regardless.

The shipping industry’s resilience and ability to find workarounds to seemingly intractable problems has carried trade this far, but without some urgent action, serious disruptions to the global supply chain are inevitable.

Those signed up to the Neptune Declaration’s principles argue that it is by recognising our shared responsibility for the seafarers, who make global seaborne trade possible, and by collaborating, that the maritime ecosystem will be able to tackle this crisis.

It is time to turn those laudable words into actions.