Trade group Danish Shipping wants a bilateral deal between the EU and India to lift environment and safety standards at breakers’ yards in South Asia, where almost 90% of ships are recycled

Industry groups defend Maersk’s record on shipbreaking after Danish government says it will investigate the reflagging and recycling of four ships at Alang, India 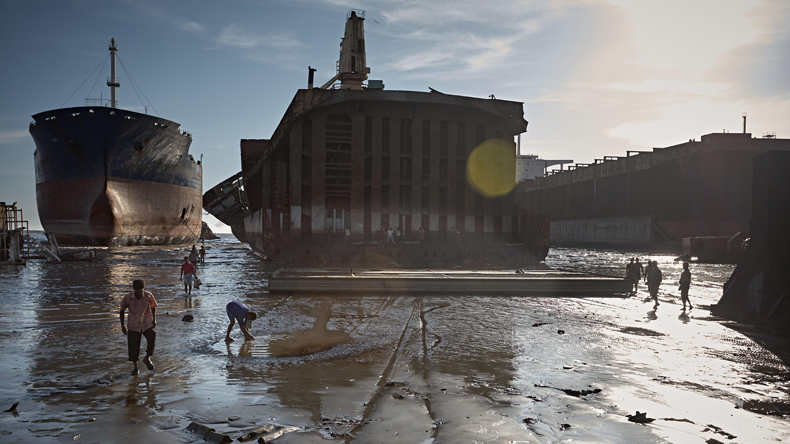 INDUSTRY groups have defended Maersk’s record on scrapping after Denmark questioned a decision to recycle four ships at Alang, India.

Nikos Mikelis, non-executive director at GMS, which buys ships for scrapping, said Maersk deserved praise for helping improve safety and environmental standards at the South Asian beaches where most cargo ships are scrapped.

Mr Mikelis, who helped set up the 2009 Hong Kong Convention on ship recycling, said the company had been among the few shipowners to demand higher standards from yards and to accept lower scrap prices for their ships as a result.

“Instead of being congratulated for being an example to the shipping industry, Maersk risks finding itself accused of breaking a non-existing law while the authorities are contemplating a witch hunt that actually causes damage to the interests of Europe and its shipowners,” he said.

The ships were sold to cash buyers, reflagged to non-European Union states, and beached. The ministry said it would look into whether the reflaggings were grounds for an enforcement action, according to reports.

“It is absolutely essential that ships are recycled in a safe and environmentally friendly way according to the effective rules and regulations. If there is any doubt that a ship has been recycled according to the rules, the Danish Environmental Protection Agency will of course look into it,” Ms Wermelin said in a statement.

The EU Ship Recycling Regulation requires EU-flagged ships to be recycled at approved yards in Europe, Turkey and one in the US.

But almost 90% of ships are more cheaply broken up on three beaches: Chittagong in Bangladesh, Alang in India, and Gadani in Pakistan. Critics decry this ‘beaching’ as dirty and dangerous.

Mr Mikelis said standards had been “transformed” since the Hong Kong Convention was adopted. He said the Maersk ships were broken up “under strict HKC conditions” and were trading outside the EU before being sent to India.

He said the European yards were “not even of academic interest to ocean-going ships” and called the flagging out of European ships “an expected consequence of implementing a mutation of the HKC as an instrument of European political will”.

She said two at Alang met the EU standards except for those governing hospital facilities and downstream waste management – factors she said were beyond the yards’ control.

“If the Indian yards are to make it to the EU list, then we need to have a bilateral agreement between the EU and India,” she said. “It’s a matter of improving the conditions where almost 90% of all recycling takes place. You can close the door to South Asia if you want to but you will still see recycling there.”

Maersk said it was open to collaborating with Danish authorities and was confident AP Moller-Maersk had fully complied with all applicable laws.

“We are fully committed to responsible ship recycling not least in Alang, India, where our local engagement has made a very concrete positive change,” it said in a statement. “We believe that the quality of the best yards in Alang is today utterly compatible with yards approved by EU.”