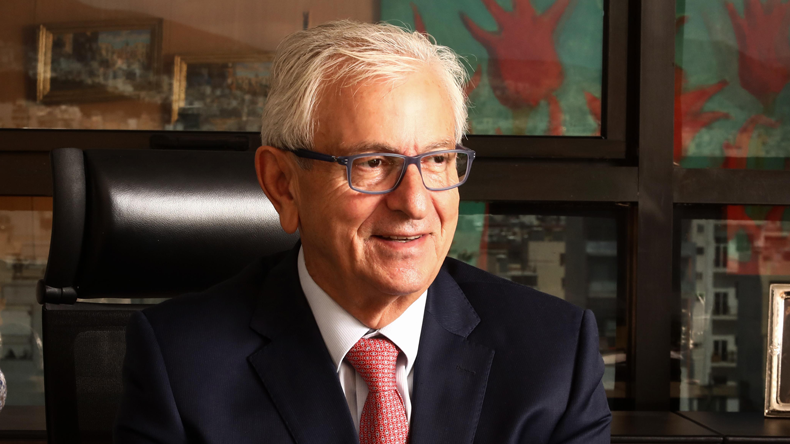 
The Union of Greek Shipowners has distanced itself from controversial statements made by prominent member Panos Laskaridis in a documentary which depicts shipping as an unreformed emitter of greenhouse gases.

A US hedge fund and Germany’s Christian Oldendorff have emerged as key stakeholders in Taylor Maritime, which raised $253.7m in an oversubscribed issuing on the London Stock Exchange.

An Egyptian court has rejected an appeal by the Japanese owner of containership Ever Given (IMO: 9811000) against the vessel’s detention in the Suez Canal, where it blocked traffic for six days in March after becoming grounded.


Euromar, the Portuguese company providing management services to the International Shipping Register of Madeira (MAR), has opened a full branch office in Greece marking a new phase in the flag’s growth strategy.

Agreeing climate measures at the International Maritime Organization has been slow going, with the law thrown up as a regular roadblock. However, legal worries are not a barrier to urgent climate action, write Aoife O’Leary, International Climate director at the Environmental Defense Fund Europe, and Michael Prehn, representative of the Solomon Islands to the IMO.

The Loyd's List Podcast: Despite its reputation for opaque business practice, the shipping industry has, over the past decade, been going through a quietly effective anti-corruption revolution. The Maritime Anti-Corruption Network now represents over 50% of the global fleet and commands serious leverage when tackling systemic corruption wherever it finds it. This week’s guest is MACN’s chief executive Cecilia Müller Torbrand.

A landmark bond issue in the Greek market by containership owner Costamare has been hugely oversubscribed, fuelling optimism that the market could open up for similar issues by other owners.


Terminals at one of China’s largest export hubs have been partly closed after four workers tested positive for coronavirus.

Mitsui OSK Lines says it is considering acquiring a newbuilding panamax vessel to transport wood biomass for energy because of the strong demand for carbon-neutral biomass fuels in Japan.

Ocean Network Express shareholder Mitsui OSK Lines expects container rates and volumes will level off as the effects of the pandemic on consumer behaviour begin to ease.

Sri Lankan maritime authorities have asked the owners of the 2021-built, 2,700 teu X-Press Pearl (IMO: 9875343) to remove the vessel from its territorial waters to avoid pollution after a fire on board.