‘Doing this successfully will lay the foundations for the London Stock Exchange and London investors to attract high-quality shipping companies in the future,’ says son of shipping legend 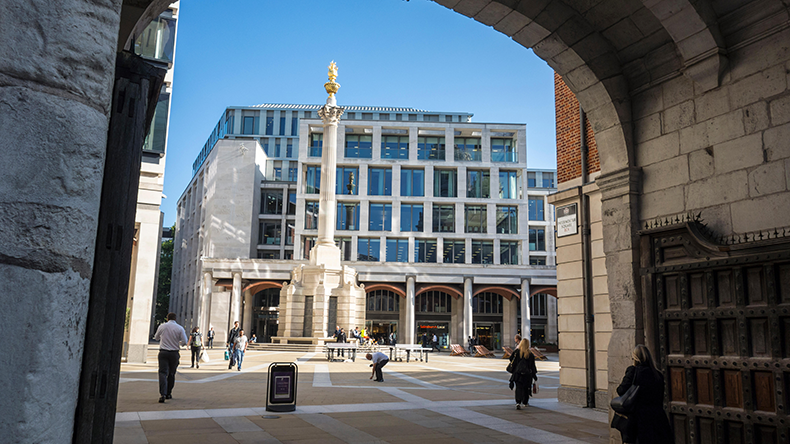 Source: CAMimage / Alamy Stock Photo The London Stock Exchange was chosen over New York and Oslo, largely because it offers the chance to align the right money behind the right assets.

GIVEN the clout that London still undoubtedly packs in global shipping, the paucity of shipping companies with a main board listing is an obvious anomaly.

So the announcement that Hong Kong shipmanager Taylor Maritime is to launch an initial public offering as Taylor Maritime Investments will come as a welcome boost for the UK capital on this score.

And perhaps counterintuitively, all of this actually forms part of the plan, according to Taylor Maritime founder Ed Buttery, a British expat.

Naive patriotism has not played any part in his calculations. London was deliberately chosen over more intuitively obvious locations such as New York and Oslo, largely because it offered the chance to align the right money behind the right assets.

“London has a history of shipping but unfortunately doesn’t have a great deal of shipping,” he said. “It’s an opportunity — and I don’t want to sound cocky — to try to bring shipping back to London. That’s an important thing for us.

“I’m really happy with the potential for London maybe becoming a future place for shipping companies. I hope that doing this successfully will lay the foundations for the London Stock Exchange and London investors to attract high-quality shipping companies in the future.”

Nor are we looking at a matter of a storied family tradition dating back to the glory days of the Red Ensign.

Yes, Mr Buttery is a second-generation shipowner, as the son of Chris Buttery, an industry legend given his standing as the founder of Pacific Basin and Epic Gas.

But his paternal grandfather was a maths teacher at an English grammar school, a career as far away from shipping as it is possible to get.

Taylor Maritime is essentially a play on the recent bulk surge, which has pushed the Baltic Dry Index to levels last visited a decade ago.

The plan is to buy the Taylor Maritime fleet, a diversified mix of secondhand handysize and supramax bulk carriers, appealing to value investors on the promise of steady 7% annual dividends, and using it as a platform for further growth.

The pitch is very much steady as she goes; early presentations have stressed the workhorse role of smaller bulkers in carrying essential goods such as food and industrial raw materials.

Such units can be had at good prices right now, and Mr Buttery is moreover promising a disciplined approach to sale and purchase activity, with aggregate borrowing not exceeding 25% of gross assets.

To invert an old investment markets saw, this offering very much is for widows and orphans, with downside potential kept to a minimum as a matter of policy.

Mr Buttery and his team, many of them veterans of Pacific Basin and Epic, will also have skin in the game, as they will be rolling over $100m of existing capital from management, investors and partners.

They will be looking to raise $150m at least from the offering, and can comfortably upsize that to $250m.

Other attractions for investors will including internal management, meaning no management fees, just basic cost recharge, and no S&P or performance fees.

“Our most direct comparator is Tufton Oceanic,” Mr Buttery said in an interview. “We have the greatest respect for Tufton. They have blazed the trail and [Tufton Investment Management chief executive] Andrew Hampson is a very talented guy.”

The difference, Mr Buttery argues, is that Tufton are financial managers running a very much larger fund than just the listed vehicle, while Taylor Maritime are pure shipowners.

“We are putting $25m of our own money into this, and 100% of our time. As such, we’re complementary to being in a portfolio alongside Tufton, as opposed to a competitor.”

Most of the main centres for shipping equity were considered before opting for London, and — perhaps counterintuitively — the investor base was one of the factors in the choice.

“New York didn’t work, there are loads of shipping companies there, a lot of them trading at discounts, a lot of them owned by hedge funds and short-term money,” he said. “There’s a lot more competition in Oslo. But we liked London because it’s a much bigger market.”

He rejects the charge that in buying his own fleet with public money, TMI is essentially an effort to cash in on a temporarily buoyant BDI.

“We’re absolutely not cashing in. We’re rolling over everything and signing up to a long lock up. There’s no exit at all for us. This is finding long-term capital for something I want to be a long-term business, something I can grow over the rest of my life.”

The strategy post-IPO will be to organically grow, raise more money, and invest in assets that are currently discounted with good upside, and which can also generate double-digit gross yields.

“I’m not a manager who signs up to aiming for hundreds of ships,” he said. “I’m not someone who’s married to a number. We’re not aiming to shoot the lights out and make people 30-40% Internal Rate of Returns. We are much more realistic about our targets.

“If the market does well in the next few years, there’s no reason why we shouldn’t be looking at exiting some investments and reducing our fleet size. But there will be opportunities to buy in other asset classes. There will be an opportunity to continue to buy bulkers after the IPO.

The IPO prospectus is due for publication next month. Jeffries International will act as sole sponsor, global co-ordinator and bookrunner.

No big show for Zim IPO