Shipowners had offered a 3% pay rise over three years, but unions had demanded 6.5% from 2022

The seafarers’ minimum wage of $641 a month will not rise for two years after International Labour Organization talks collapsed, with owners and unions blaming each other 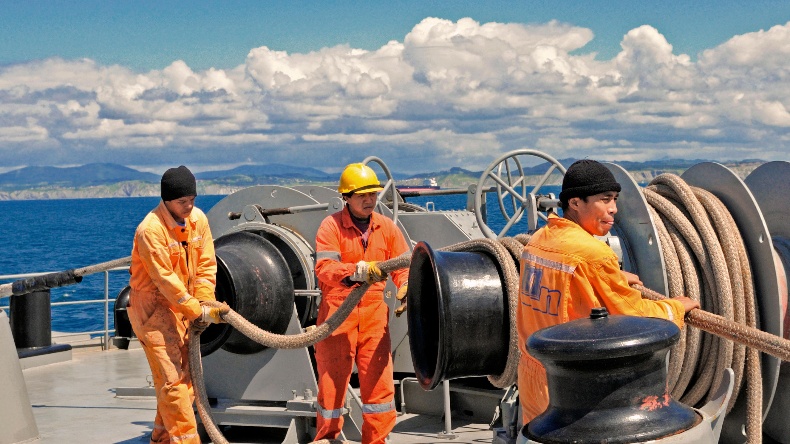 TALKS over a rise in the global minimum wage for seafarers have collapsed at the International Labour Organization in Geneva, with owners and unions blaming each other.

But the two sides told Lloyd’s List they hoped the row would not imperil the relationship built up during the pandemic and crew change crisis.

Shipowners had offered a 3% pay rise over three years, but unions had wanted at least a 6.5% rise from next year.

But the unions wanted the sum increased to at least $683 a month starting from next year.

“We went further than we had anticipated but the offer was still rejected. However, our door is always open.”

The ICS said the result meant able seamen were now not entitled to a rise in their minimum wage for two years.

The ITF responded by saying shipowners were to blame for the failure of the talks and accused them of “an astounding lack of self-awareness” and respect for seafarers.

The two sides’ negotiating positions were based on different interpretations of an ILO formula — based on the cost of living in 53 countries and the fluctuating US dollar — used to calculate the minimum wage.

The union argued its $683 figure was based on newer cost-of-living data. It accused shipowners of trying to “blow up” the formula, vowing to confront shipping companies ‘head-on’ to set wages unilaterally.

The ILO, a UN body, sets the minimum wage to provide a safety net for seafarers, but many are paid more. Separate wage talks are held at the International Bargaining Forum, which next meets in September.

A source on the shipowners’ side called the union demands unrealistic in a year when costs had gone “through the roof” because of the crew change crisis. The source added the ILO minimum did not include guaranteed overtime and other mandatory payments.

Shipowners have paid for repatriation flights, vessel diversions to crewing hubs plus extra testing and quarantine costs for sign-on crew.

But the unions pointed to booming markets and rising profits for companies like Maersk to argue companies could afford the rise.

ITF spokesman Mark Dickinson said the shipowners’ proposal exposed “their long-term strategy to undermine the social dialogue that has been so critical to the success and stability of this industry for years.”

He said this threatened the co-operation built up between seafarers and unions during the pandemic.

“We’ve heard time and time again from shipowners and their representatives that they care about the seafarers, that seafarers are ‘vital’ and ‘critical’ to our industry and the global supply chain,” he said.

“But the moment it comes to recognise the contribution of seafarers and value them practically, by respecting institutions most fundamental to seafarers’ welfare and delivering a modest real wage increase — the shipowners show their true colours.’’

India and Belgium to vaccinate seafarers as supply fears grow