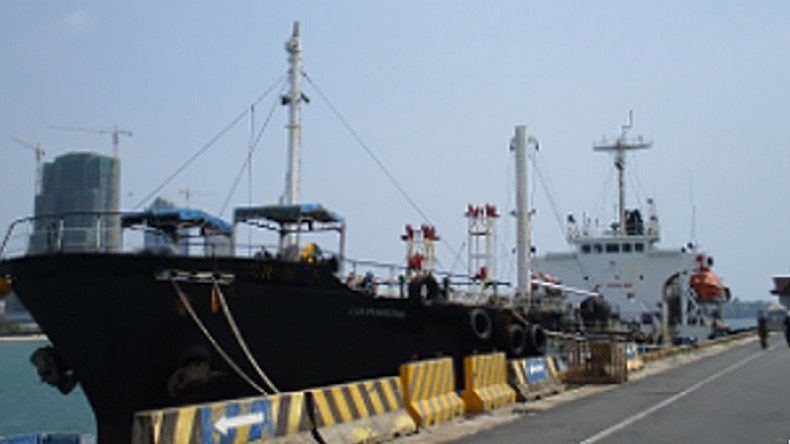 Courageous disabled its Automatic Identification System transponder for a four-month period between August 17 and December 4.

US courts have again invoked civil forfeiture laws to seize a sanctions-evading vessel, with a North Korea-linked tanker and its Singaporean owner accused of illicit deliveries of refined products.

The Cameroon-flagged, 1987-built tanker Courageous (IMO: 8617524) violated United Nations and US sanctions against North Korea, according to the filing of civil and criminal complaints lodged on April 23 in the US District Court Southern District of New York.

The 3,912 dwt tanker, detained in Cambodia since 2020 for US authorities, is the second known North Korea-linked vessel seized by US courts after defendants used the US financial system to support the sanctioned activities.

The first tanker, 27,881 dwt Wise Honest (IMO: 8905490) was seized using the same legal argument back in 2018 after being held in Indonesia following counterintelligence investigations that found it involved in shipping coal to North Korea.

Similar moves to seize the cargo of Iran-origin and Venezuelan refined products and crude in 2020 and early 2021 have been undertaken with varying degrees of success.

Fujairah International Oil & Gas Corp told the US District Court for the District of Columbia that the US government seized the property ‘while subject to coastal state authority in a foreign nation (UAE) aboard a foreign-flag vessel and while subject to a supply contract governed by UAE law.’

In the case of Courageous, Singaporean national Kwek Kee Seng was accused of money laundering and conspiracy to transport, transmit and transfer funds via front companies that routed payments through US banks to buy the vessel, meet crew salaries, registration and survey fees.

A Panama-incorporated shell company, a Singaporean agent, an undisclosed Thailand-based company and a purported Chinese “straw company” were all involved in the sale and shipment of refined products to North Korea, the complaint alleged.

Courageous was sold in July 2019 from an anchorage at Kaohsiung, Taiwan, to China-registered New Eastern Shipping for $580,000 via Singapore-based Swansea Shipping. It then disabled its Automatic Identification System transponder for a four-month period between August 17 and December 4.

Satellite images showed it undertaking a ship-to-ship transfer in Korea Bay in September 2019 with sanctioned, North Korea-flagged Saebyol (IMO: 8916293), and then reappeared at the North Korean port of Nampo on November 4. The ship also falsely identified itself as another tanker during this period.

Courageous was stateless for most of the four-month period, as St Kitts & Nevis, has deflagged the vessel in August and operators had to yet to apply to the Cameroon flag for provisional registration until November 4.

Cameroon authorities appear to have been suspicious, given the emails and correspondence cited in the complaint between the registry, master and operator.

They were given false information about the tanker’s whereabouts, claiming it was in the South China Sea in September when satellite imagery showed it 1,200 miles north in Korea Bay.

Taiwan is the centre in a black market for fuel sold illicitly to North Korea according to a joint report by US international defence and security think tank Royal United Services Institute, and C4ADS into North Korean subterfuge shipping.

Nine of the 50 foreign-flagged tankers observed visiting North Korea via satellite imagery in 2020 accounted for a third of all petroleum delivered to the republic, according to the report.

More than 200 tankers could flood market if Iran sanctions lifted