Yard Talk | Should a green ship be produced by a green yard?

Chinese yards are facing challenges from South Korean competitors, which have pledged to reach carbon neutrality by 2050. They are expected to be burdened with extra technical requirements and financial costs driven by China’s decarbonisation strategy 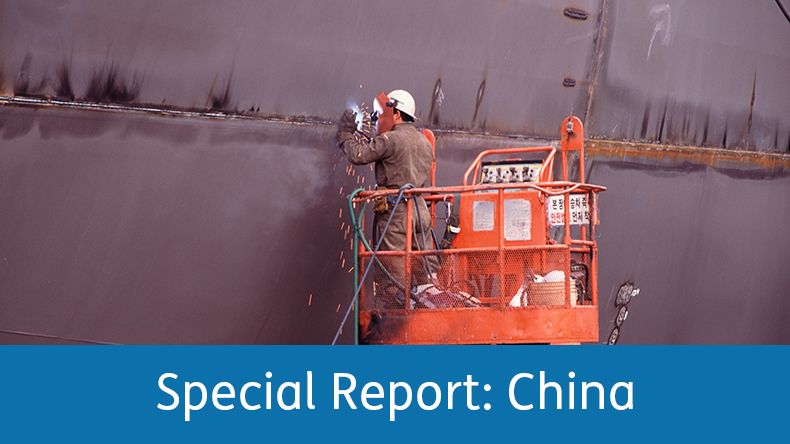 IF THE emissions of a clean fuel need to be assessed on a well-to-wheel basis, perhaps it is also important to tell whether a carbon-free vessel is built by a grey, blue or green shipyard.

Wearing a more environmentally friendly colour may well become one of the core competences for builders, while some players seem to have already seen that trend coming.

They said plans included the use of more renewable fuels and tailor-made energy monitoring systems to reduce shipbuilding emissions.

There are greenhouse gases released directly from yard operations.

Steel cutting, for example, involves the use of natural gas and propane, among other combustible gases. Testing ship engines and certain equipment would also consume fossil fuels at the berth.

These might be a drop in the bucket compared with what power plants or steel mills emit.

However, it is a different story when the consumption of electricity is taken into the equation.

The South Korean yards said the country’s shipbuilding sector discharged about 2.1m tonnes of greenhouse gases into the atmosphere in 2017, of which 60% was contributed by the consumption of electrical power.

Their carbon-neutral pledge is likely to pose an inevitable challenge to Chinese builders, their biggest competitors.

After all, China is home to the world’s largest coal-fired power plants. Last year, nearly 57% of the energy consumed by the country came from burning coal, according to government statistics.

A major domestic shipyard needs about 200m KWh of electricity to operate every year, estimated by an industry expert. That is equivalent to more than 100 large shopping malls.

Such type of “indirect emissions” needs to be factored in when measuring factories’ environmental impact should China want to hit its target to peak greenhouse gas emissions by 2030 and reach carbon neutral by 2060, transport ministry researcher Peng Chuansheng recently told local media.

That means Chinese manufacturing, including the shipyards, will be burdened with higher technical requirements and financial costs.

However, they will have no choice in a bid to stay competitive during a future of green shipping.

Some of them, including Jiangnan Shipyard and Cosco Heavy Industries, have already been included on a list of companies subject to carbon emission quotas issued by the Shanghai municipal government. Those exceeding the limits should pay.

The system is designed to serve the city’s carbon exchange and pave the way for a nationwide carbon trading scheme to be established this year.

A recent survey by China Carbon Forum, a Beijing-based non-governmental organisation, estimated that carbon price per tonne in the country will rise from Yuan49 ($7.6) last year to Yuan71 in 2025 and to Yuan93 in 2030. It will ramp up to Yuan167 in 2050.

The hope is that the Chinese shipyards will not have to foot such expensive bills in the coming decades. It would be best if they could even earn some rewards from that market.

This article is part of a special report on China, available to download here