‘What is the point of the crew change protocols and of key worker status if it all goes out the window when there is a crisis?’ said International Maritime Employers’ Council

Shipping groups have condemned states for claiming to support seafarers’ rights under the Maritime Labour Convention, while continuing to bar them entry because of new waves of coronavirus infections 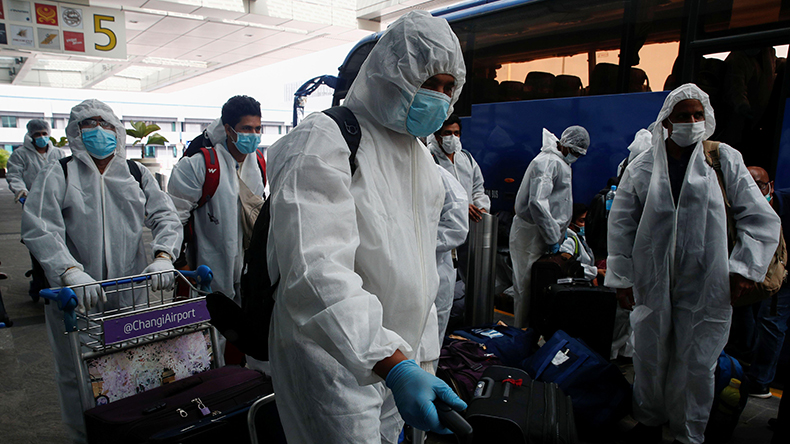 SHIPPING groups have criticised governments for blocking crew changes despite claiming to uphold seafarers’ rights under the Maritime Labour Convention.

Singapore, Hong Kong and the United Arab Emirates have barred crew from India as its pandemic continues to worsen.

“We had hoped we had overcome major hurdles and now the same ones are being put up again,” the ICS said.

Shipping companies will face immediate delays in crew changes and the resulting financial costs, while the situation could worsen with more countries expected to follow Singapore’s suit, according to industry experts. They also warned of mental fatigue, frustration and depression to be experienced by the crew on board

Representatives of shipowners, unions and governments spent the week haggling over the wording of resolutions to support seafarers at the Maritime Labour Convention’s governing committee.

Shipping heads said governments had tried to water down language to avoid binding commitments to treat seafarers as key workers.

International Maritime Employers’ Council chief executive Francesco Gargiulo said the shipping groups had sought to hammer home the point that the Maritime Labour Convention applied in all circumstances, not just when convenient.

“Unfortunately, governments continue to ignore this when things get tough,” he said in an interview. “What is the point in the crew change protocols and in the key worker status if it all goes out of the window when there is a crisis?”

Singapore said it introduced the restrictions to prevent local outbreaks of new coronavirus variants, adding other countries were banning arrivals from India.

“Singapore has kept its port open even during the early stages of the pandemic in 2020 and has since facilitated more than 128,000 crew changes regardless of the nationalities of the crew and flag of the vessels,” it said. “We continue to review and enhance our crew change procedure to ensure that crew signed on board in Singapore are not infected.

“This is important to prevent downstream issues that shipping companies will have to deal with. Singapore will continue to closely monitor the global situation and adjust our border measures to manage the risk of importation and transmission to the community.”

The UK, which has banned travel from India, told the ILO it would continue to allow crew changes under its key worker exemption.

In draft submissions to the MLC committee this week, shipowner and seafarer groups warned the convention “that non-observance of fundamental rights during such a time may render the convention meaningless”.

Where does crew-change crisis leave the labour convention?