Pledges for net zero emissions by 2050 have become the norm. But the US commitment for absolute zero emissions from international shipping by 2050 is a step beyond that 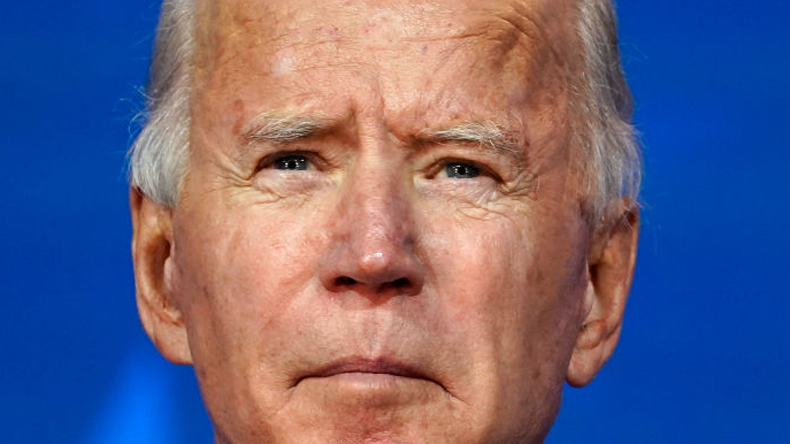 Source: Drew Angerer / Getty Images President Biden wants the US to become a net-zero emitter by 2050.

THE world has radically shifted over the past couple of years to a point where 2050 net zero emissions commitments by governments and even corporations are now the expectation.

The US is one of the countries with such a target. President Joe Biden has committed to putting the country into a pathway to achieve net zero greenhouse gas emissions by 2050, joining the European Union, Japan and South Korea which have set similar goals for the next 30 years.

These net zero targets envisage a world in which emissions have fallen drastically. But they also allow room for at least some emissions to continue.

That is what the “net” in “net zero” is for; it implies that the same amount of emissions a country or a business produces is removed from the atmosphere, leading to a "net zero" result.

Waiting on the carbon offset boom

With the global voluntary carbon market set to grow exponentially in the coming years, what role will it have on shipping’s pursuit of net-zero emissions?

Washington’s ambitions for shipping are more stringent than the ones it has for itself; the US declared this week that it wants the International Maritime Organization to adopt a target for zero emissions from international shipping by 2050.

The goal, unveiled by US special president envoy for climate John Kerry, would mean the sector would have to cut its emissions completely by 2050.

This “zero” target would not allow for any kind of emissions, even if those are accompanied by an equal removal of emissions, as is the case under a “net zero” target. Ships will need to use completely emissions-free fuels and technologies throughout their operations.

Speculation about how the US will pursue this exactly and whether the IMO will ever agree to it is futile this early on in the process, considering the single most important priority at the IMO these days is to finalise a package of short-term measures that has been lingering in one form or another since late 2019.

The significance of the US position, however, cannot be overlooked.

Putting aside for a moment the influence the country holds, the very concept it has put forward could be course-altering for shipping if indeed countries at the IMO went along with it.

Yes, first and foremost it would mean a shipping company could only sail zero emissions ships in its fleet by 2050.

It would also be unable to meet this target by using “negative emissions technologies” that can remove already-produced emissions, such as direct air capture and bioenergy with carbon capture and storage, something which would be acceptable under a net zero target.

But there is another important implication of a pure zero emissions target; it would mean that shipping companies would not be able to use carbon offsets to claim emissions reductions.

Carbon offsets allow companies to compensate for their own emissions by financing external sustainability projects. A firm essentially buys a certain level of carbon credits from such a project based on the amount it has emitted. Each credit equals to a tonne of CO2 equivalent that it has emitted.

Proponents back carbon offsets as a way to act on emissions reductions and climate preservation today in the absence of widely available and affordable low carbon fuels and technologies, while supporting projects that would have had a difficult time existing without issuing credits.

Critics believe carbon offsets are a greenwashing tool and question the entire process, from the low cost of credits to whether many of these projects really need credits.

Carbon offsets may be a small market today but in no way should they be thought of as fringe mechanisms that won’t play a role in the battle of climate change in one way or another; the voluntary carbon offset market's value is expected to grow from around $400m in 2020 to up to $25bn in 2030, according to Trove Research and UCL.

In recognition of its shortcomings, there are high-level efforts to revamp the carbon offset market, which is also a sign of the commitment major policy actors such as the United Nations have in the system — provided it is reformed.

Big corporations have made offsets part of their decarbonisation strategy too; Shell, for example, has said it wants to use 120m tonnes of nature-based carbon offsets annually by 2030.

Carbon offsets have a role to play in a net zero future; net zero emissions targets allow for emissions and require their removal. Those in favour of carbon offsets believe they can contribute to the removal part.

Opponents vehemently reject the idea and have at times expressed concerns that net zero emissions targets will allow for the use of carbon offsets.

This prospect will not materialise in shipping if the current US administration gets its wish; zero carbon emissions from international shipping simply means no emissions from ships, no removals, no compensating and therefore no carbon offsets.

There is still some way to go to 2050 nd a zero emissions target would not necessarily mean offsets wouldn't be allowed until then. That will be up to the future regulations that would facilitate the target.

But it could nonetheless devalue carbon offsets in terms of both public and investor perception and of future use potential by shipping companies.

Those in the IMO who will fight against an absolute 100% reduction target for shipping emissions, as the US wants, will have these impacts in mind.