Ports at the heart of the UK’s green economic recovery

Henrik L Pedersen, ABP Chief Executive Officer, discusses how UK ports have kept goods moving throughout the pandemic and why they will continue to play a key role at the heart of the country’s green recovery


The need to build a greener economy has never been clearer, and ports have a critical role to play in delivering this goal 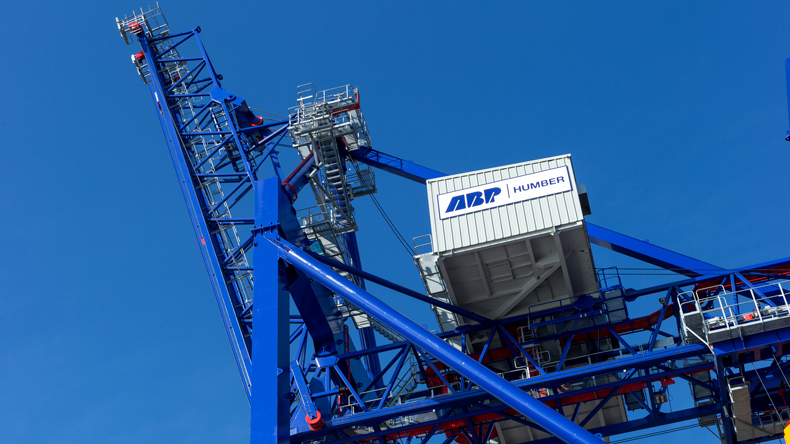 Moving just 10% of cargo from southern British ports to Humber ports could save some 100,000 tonnes of CO2e (carbon dioxide equivalent) annually.

AS Scotland’s city of Glasgow prepares to host the UN Climate Change Conference (COP26) in November 2021, attention is focused not just on how individuals can make a positive difference, but also on how businesses and governments can play their part in operating more sustainably and help to tackle climate change.

Indeed, the UK government has been spearheading global progress towards decarbonisation with its commitment to achieving net zero greenhouse gas emissions (GHG) by 2050. The need to build a greener economy has never been clearer, and ports have a critical role to play in delivering this goal.

UK ports group Associated British Ports (ABP) is committed to supporting progress towards net zero in the maritime industry. While there isn’t a quick fix or a silver bullet, there are a number of ways in which ports can help accelerate decarbonisation.

Firstly, ports need to decarbonise their own operations. ABP has made remarkable progress in this, with a decrease of 35% in GHG emissions since 2014. In February 2021, the company was recognised with ISO 14001 certification for Environmental Management for its suitability across its 21 ports.

ABP has invested millions of pounds in green energy projects, including a new cruise terminal in Southampton that will be powered by solar energy and enable cruise ships to plug into shore power. Across its estate, ABP has invested in electric cranes and vehicles. In the northeastern English port city of Hull, the company has built the UK’s largest rooftop solar array, benefiting both ABP and its customers.

Working with port customers to enable the decarbonisation of supply chains is also vital.

Port operators such as ABP can use their scale, strategic position and expertise to accelerate this process. A recent comparative study by the University of Hull Logistics Institute shows that moving just 10% of cargo from southern ports to the Humber — which is home to the ports of Grimsby, Hull and Immingham and Goole — could save some 100,000 tonnes of CO2e (carbon dioxide equivalent) annually, by importing goods via points closer to their final destination.

“Port operators need to decarbonise their operations, invest in development of renewable energy sources, and work with customers to decarbonise supply chains” — Pedersen

However, meaningful change is not only about optimising cargo flows, it is also about working with customers to move more cargo via shortsea shipping and rail, instead of roads. Scotland’s TimberLINK service, which ABP started managing 21 years ago, is a compelling case study: the service helps remove around 1m lorry miles annually from Scottish roads between Argyll and Ayrshire.

Ports also need to invest in the development of renewable energy sources. There are clear opportunities for sustainable growth, with many renewable energy industries — including offshore wind, hydrogen and carbon capture and storage — experiencing a boom and generating increased demand for enhanced port capacity and capabilities.

Whatever mix of renewables is deployed to achieve the UK’s net zero target, the country will still need a lot of offshore wind energy to support it, with required levels expected to be between 65 and 125 GW. That is why, over the next five years, ABP will develop the Lowestoft Eastern Energy Facility (LEEF), some 216 kilometres northeast of London, which will deliver state-of-the-art port infrastructure to meet the offshore energy industry’s current and future demands.

The Humber ports are also critical to the development of emerging green technologies such as carbon capture, utilisation and storage (CCUS), and hydrogen which are central to the Zero Carbon Humber initiative.

These are exciting times for the maritime industry and ports, as they assume their rightful place at the heart of the UK’s green economic recovery and help win the race towards net zero.