Rejecting LNG as a marine fuel ‘is not yet feasible’

Representatives across shipping rebut World Bank’s take on liquefied natural gas bunkering. Technologies are available to bolster LNG’s carbon credentials and curb methane slip risks they counter-argue, while highlighting the risks of not acting sooner than later to switch to cleaner burning alternatives 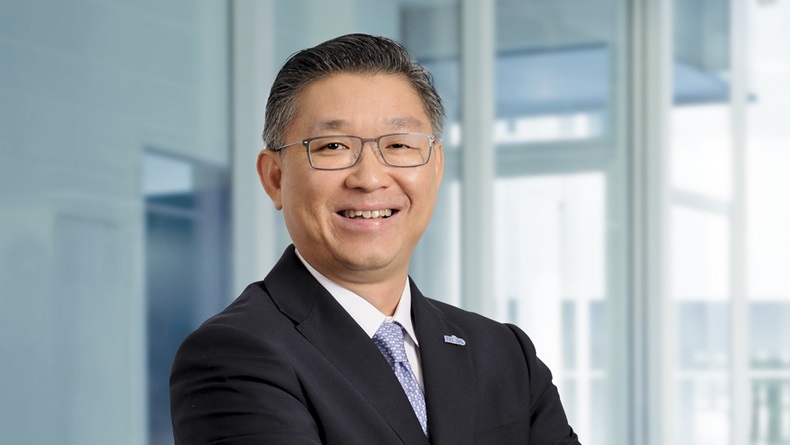 MISC chief executive Yee Yang Chien said MISC hopes the industry will adopt an incremental approach for developing the use of next-generation fuels.

A WORLD Bank call to dial back investments on the marine use of liquefied natural gas — a fuel battling increasing doubts regarding its green credentials — has been dismissed by some industry leaders.

Panellists at the opening of Singapore Maritime Week representing owners, charterers and shipbuilders support switching to LNG as one plausible, interim solution to a transition to a low-carbon transition, sooner rather than later.

BHP chief executive Vandita Pant counter-argued that the maritime industry risk evolving into “a laggard” if it chose not to act first with LNG and other options on the table and wait for “a perfect solution to come”.

LNG is nonetheless, only one alternative fuel that BHP hopes to embrace in its shipping operation.

BHP has unveiled last week its first trial use of sustainably sourced biofuel on an ocean-going bulker.

As a leading charterer of dry bulk tonnage however, the mining firm chose to “try all different things” rather than sitting still, starting first with those that are “commercial and scalable” at present, said Ms Pant.

This is a stance that MISC, Malaysia’s leading shipping line, took when it first made a calculated bet through its AET Tankers subsidiary to commission the construction of LNG-fuelled aframax tankers in 2017.

Back then, one debate that contributed to World Bank’s call last week, had already held back on building fleet to run on the fossil fuel.

Some researchers have cautioned against potential slips of unburned methane, a far more potent greenhouse gas than carbon dioxide, from the LNG value chain.

Methane emissions accounted for around just 0.5% of international shipping emissions in 2018, according to the fourth IMO GHG study. But they also grew by more than 150% from 2012 to 2018, as the use of LNG and dual-fuel engines increased too.

But MISC went on to land charters for these vessels and other shipowners soon followed suit.

Nearly 16% of newbuildings on order — excluding LNG carriers — will be powered by LNG, Mr Yee noted, quoting one industry estimate.

What mattered more to the MISC chief, as he pointed out, is that the shipping line has not dragged on its feet to take the first step towards decarbonisation.

For all its unresolved methane concerns, the marine use of LNG still holds promise in reducing carbon dioxide emitted from powering ships with conventional fossil fuels.

A recent study by pro-LNG group SEA/LNG found that the fuel can reduce lifecycle emissions, which include all those from the fuel’s production to its final consumption by the ship, by up to 23%.

LNG can also nearly eradicate emissions of black carbon, a much shorter lived but also much more warming pollutant than CO2. Black carbon accounted for around 7% of international shipping emissions in 2018, according to the IMO’s fourth GHG study.

Nonetheless, the World Bank warned that overall the temporary use of LNG in shipping would offer "moderate GHG benefits to GHG disbenefits".

Ship-to-ship LNG bunkering for ocean-going tonnage is now possible at two key bunkering hubs, Singapore and Rotterdam, and also in the US Gulf of Mexico.

Mr Kuik highlighted the use of carbon capture, which has bolstered LNG green credential in the power generation sector.

Maritime players have already embarked on research for carbon storage systems on board vessels.

Ms Pant separately argued that policy makers should not “underestimate” how far and fast the industry would go to advance technology tackling methane concerns.

The carriers BHP has agreed to charter in from EPS will come equipped with engines capable of capping methane slippage to negligible levels, she said.

Charterers and tonnage providers have looked beyond LNG and invested on developing ammonia as one among next-generation marine fuels.

Mr Yee said that MISC is aiming for an incremental approach that it has taken with LNG for other future fuels.

The idea is to “break down the larger problem to smaller parts” so “we can afford to stomach the risks of failure”, he said.

MISC is a founding partner of a now six-party initiative aimed at developing an eco-system backing up the supply of ammonia as a marine fuel.

One initial goal set for this collaboration is to demonstrate it is feasibility to run an ammonia-fuelled vessel within the next five years.

The intent is to subsequently promote wider application by looking at retrofitting existing vessels to run on ammonia, added Mr Yee.

Industry study claims LNG cuts emissions by up to 23%