The shipping industry might be back to being ‘out of sight, out of mind’ but the domino effect of the Suez Canal blockage is only just beginning, with port congestion, new equipment shortages and delays in delivering goods to European consumers all seen as inevitable 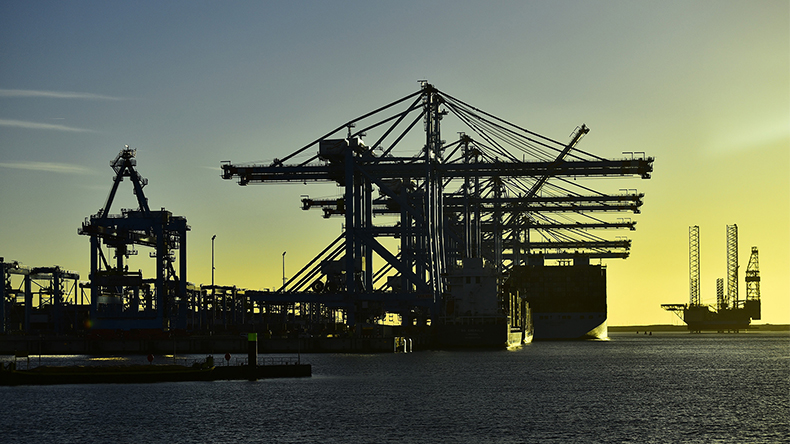 Source: Port of Rotterdam Authority Up to 12% of Asia-Europe capacity could be cut this month to release supply chain pressure, according to MDS Transmodal.

THE unexpected closure of the Suez Canal by a grounded containership has revealed the critical role played by the shipping industry in keeping European business and consumers afloat.

The blockage of the Suez Canal for six days last month by the 20,000 teu Ever Given highlights the dependence of the global economy on a small number of deepsea shipping lines and on the few alliances they have formed.

In 2020, a fleet of around 5,000 container ships moved approximately 150m loaded teu around the world, down by approximately 1% on 2019 despite the pandemic with trade supported by western governments’ fiscal strategies.

Of the 150m teu, 108m teu were ‘deepsea’, or intercontinental, of which approximately 90% was moved by just nine shipping lines, organised into three alliances and with other vessel-sharing agreements in place to manage capacity.

For the European market, we estimate that in 2020 approximately 12% of volumes and 20% of the value of goods imported by the North European and Mediterranean market arrived from countries east of the Suez Canal.

Putting the supply offered by the shipping lines together with the cargo received into the European market, we estimate that the vessels are pretty full — as the pictures of Ever Given suggest.

A high increase in demand accompanied by a lower number of services also means an increase in freight rates — and this was another headache for shippers during much of 2020.

The ships carry a wide variety of goods. The table below summarises those estimated to have been imported into Northern Europe and the Mediterranean last year.

The shipping industry might be back to being ‘out of sight, out of mind’, but the domino effect of what happened on the Suez Canal at the end of March is in progress.

With a barrage of ships previously stuck in the Suez region heading for Europe this means port congestion, especially in the Mediterranean, with shippers likely to suffer new equipment shortages and delays in delivering goods to consumers.

In the meantime, carriers might decide to stop or reduce their booking intake as they will need time to sort out their network options.

Based on our data available at the beginning of April, we estimate that for the month ahead there could be a cut of more than 12% in the capacity scheduled to be deployed for April on the services offered on the Asia-Europe trade lane including services calling in the Middle East Gulf and Indian subcontinent.

These blank sailings are likely to worsen the reliability and punctuality of the services on these routes, already at very low level as reported in the Container Shipping Market Quarterly Review for the fourth quarter of 2020 released by MDS Transmodal and the Global Shipping Forum last month.

Based on the announcements of the shipping lines for April, we expect Italian ports, for example, to see a partial/total cut in four of the seven services scheduled, accounting for 12% of the expected deployed capacity for the month.

In terms of deployed capacity, however, the biggest reduction in percentage terms is anticipated for French and German ports where the blank sailings announced by the lines for the month ahead could affect capacity by 16%.

It is worth noting that these are the reductions announced by the shipping lines, but more reductions both in terms of blank sailings as well as skipped calls could materialise during the course of the month as carriers will need to adjust their network options.

Among the services that will be most affected by the reduction in supply made available by the shipping lines are:

• Ocean Alliance: FAL6/LL6/CEM deploying 11 vessels averaging 19,200 teu operating on the Far East – Middle East Gulf & Indian Subcontinent– North Europe trade. The service on which the Ever Given is deployed has scheduled in a blanked sailing during April.

The closure of the Suez Canal also caused a delay in the usual April network adjustment (although less pronounced this time) made by the three east-west alliances.

For instance, the new Far East – North America East Coast Alliance – EC6 service operated by The Alliance will see Ocean Alliance member Evergreen join as a vessel provider and is now expected to begin in early May rather than April.

Another concern that shippers and consumers have is how much is this event going to cost them?

It is difficult to assess with certainty, but freight rates are moving upwards again. Spot rates on the latest Shanghai Containerised Freight Index show the rate for Far East-Northern Europe is up by 8.6% to $3,964 per teu and for Far East-North America east coast up by 11.4% to $5,334 per feu on the week before.

It is also difficult to say that these increases are linked to the interruption in the operation of the Suez Canal, but shipping lines are already anticipating some spikes in freight rates in the coming weeks.

Should further increases materialise, it would not come as a surprise, as indicated by Olaf Merk (International Transport Forum) in one of his recent analyses.

“The Suez blockage has reduced effective ship capacity, so will likely lead to further increases in ocean freight rates. Customers and ports will pay the price instead, and maybe a few insurers,” he said.

Mr Merk also highlights that “the current disruption of the maritime supply chain is not about a mega-ship stuck in the Suez Canal, and it is not about lack of adequate infrastructure in ports — ultimately, it is about a lack of effective competition policy for global liner shipping.”

With the European Commission’s Consortia Block Exemption Regulation renewed until April 25, 2024, the Directorate General for Competition would not be expected to start the regulation’s review until mid-2023.

Among other parties in the shipping industry, the Global Shippers Forum is asking the European Commission to engage closely with users of liner shipping services in the meantime, in view of the dramatic and unforeseen changes in the market brought about by the global health emergency — changes which the closure of the Suez Canal seems likely to only exacerbate.

Changing Lanes: EU must use time ahead of CBER review wisely