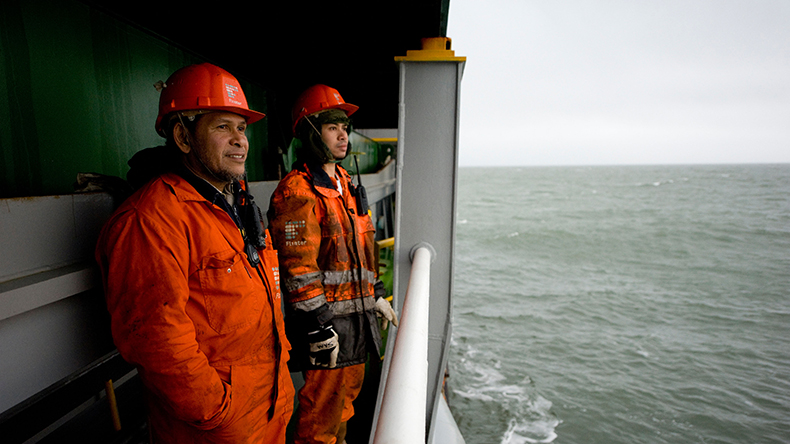 
Crew changeovers vital for maintaining global seaborne trade are being left paralysed by a new wave of coronavirus restrictions, with most of the world’s seafarers unable to leave vessels once contracts expire, or sign-on to start their jobs.

The UK government is being urged by shipping circles to step in to efforts to preserve the world’s most reputed emergency salvage contract as a backlash grows against Lloyd’s proposed axing of support for the contract.

Maersk has had a validation of its container logistics integrator strategy, after posting its ‘best quarter ever’ for its Ocean, Logistics and Services, and Terminals divisions.


An Egyptian court has rejected an appeal from the owners of Ever Given — the boxship whose grounding caused a six-day shutdown of the Suez Canal in March — for the release of the vessel and its cargo, P&I insurer the UK Club said.

Denmark’s government and shipowners believe that shipping companies should be allowed to comply with carbon dioxide rules by improving their fleet’s average performance rather than focusing on individual vessels.

Liquefied natural gas, which boasts a lower emissions profile compared to grey methanol and ammonia, has the potential to be the marine fuel that can help the maritime sector achieve regulatory emission targets for decades to come, according to a new survey of shipowners.

The dire situation for Indian seafarers has prompted charities and leading industry players to set up an emergency relief fund. This initiative reflects an urgent need for shipping to think as one, writes Richard Clayton.


Surging steel costs have struck a blow to shipyards’ earnings despite a recovery in the newbuilding market and ship prices.

DHT Tankers kicked off the first-quarter reporting season by declining to set a timeline when the fragile recovery in global oil demand would translate to higher earnings for tankers.

The European Union should open the door to approving South Asian scrapyards rather than forcing owners to scrap in Europe, a webinar was told.


The ongoing challenges facing the containerised supply chain have helped push Maersk to a record first quarter for earnings and profitability in a market that is set to remain disrupted into the fourth quarter of the year.

Crew welfare charities and leading shipping groups have launched an emergency relief fund in support of seafarers and their families affected by worsening rates of coronavirus infections in India and other countries.

US Congress lawmakers are holding hearings about the specific funding needs of the maritime industry as the administration of President Joe Biden advances its agenda on developing national infrastructure.