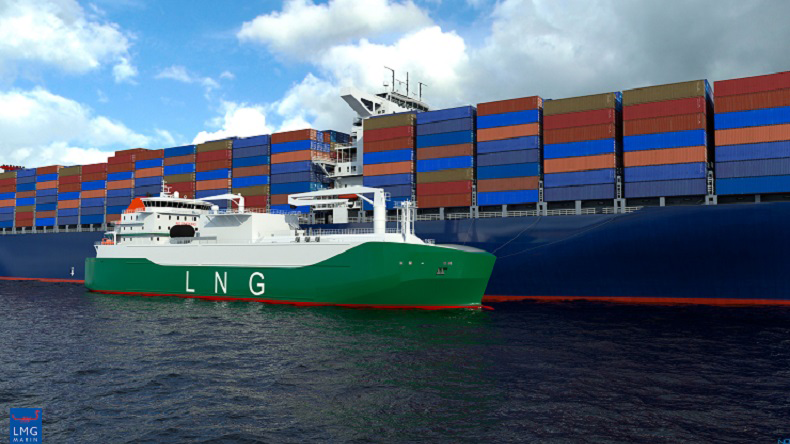 
A controversial new report by the World Bank sees only a limited role for LNG as marine fuel in shipping’s decarbonised future. Policy-makers should curtail existing support and avoid new support for LNG bunkering, according to the bank. That advise directly undermines the value of liquefied natural gas bunkering-related investments and adds another major obstacle to LNG proponents, who despite the fuel's undeniable growth are in a battle to improve its public perception.

HMM is eyeing new orders backed by the South Korean government. The South Korean carrier says it is considering new orders in the first half of the year, including 13,000 teu containerships as it looks to catch up with larger rivals, most of which have already returned to yards spurred by a pandemic-led market boom. HMM’s ordering plans come as the South Korean government confirms it is ready to help support domestic owners to build efficient fresh tonnage, despite widespread criticism from rival shipbuilding states concerned about market-skewing support.

The US has failed to deliver on its promise made more than four weeks ago to enforce sanctions against Iran as April crude shipments to China from the Islamic republic are estimated to surpass 1.3m barrels per day. That is the highest monthly figure of Iran-China shipments tracked since US sanctions announced in 2018 were fully re-imposed in mid-2019.


The fact that US west coast ports and their supply chain partners must adopt a 24/7 work model to compete in a world of consumers ordering goods around the clock from factories that work the same hours to meet the demand, is not new news to the rest of the world. Making the changes, however, is not going to be easy. According to the lines, low productivity at US terminals is one of the main factors behind the slowdown in container transport that is seeing ships stuck at anchor and carriers unable to move containers back to export markets. But according to Port of Long Beach executive director Mario Cordero, the solution required must extend well beyond the dockworkers and the port itself, “because ultimately to have a robust 24/7 model, it has to move to the supply chain” as a whole.

With 150,000 vials of coronavirus vaccine fitting into a single container, it would be possible to ship enough doses to protect the entire world on just a handful of ultra-large containerships. The challenge, however, is far more difficult than that and to date, the vaccines that have been exported from their countries of manufacture have moved by either road or air.

The Suez Canal compensation claim is simply outrageous. For the sake of all involved, there must be a just — and rapid — settlement of insurance issues arising from the Ever Given grounding. A deliberately inflated demand helps nobody, argues this week’s Lloyd’s List opinion. Egypt is wrong to use the crew of the now world famous ship Ever Given as bargaining chips in the insurance claim related to the vessel becoming stranded in the Suez Canal.

Freeing the Ever Given from the sandy banks of the Suez Canal was a relatively straightforward, if immensely difficult salvage task. Now comes the hard part for the white-collar side of shipping.

John Angelicoussis was the shipowners’ shipowner. In a special edition of the Lloyd’s List Podcast we discuss the legacy that the legendary Greek leaves the maritime industry following his sad passing last week. Our Greece correspondent Nigel Lowry and Citi chairman of Global Shipping, Logistics and Offshore Michael Parker discuss what made him so significant, and what his death means both for the business he leaves behind and the wider industry.


Despite the current disruption, globalisation is far from over. Elevated freight rates are set to remain in place for the remainder of this year and any normalisation is unlikely to manifest itself until 2022. Chinese manufacturing has stormed ahead while the US has yet to fully recover. That is causing higher levels of imports and rising freight costs.

As India is set to increase its imports of phosphates over the coming months, smaller-sized bulk carriers should benefit from regional trades.


Seafarers on board a bulk carrier abandoned in Bandar Abbas, Iran are begging for relief from their “inhumane” conditions. The vessel was abandoned in February 2020.

Nauru’s international registry claims the US-sanctioned shipowner that reflagged a tanker with the tiny Pacific registry did so fraudulently. The 21-year-old, 76,002 dwt crude tanker Angel was flagged to Nauru from Cameroon on March 18 and amended in shipping databases on April 5, according to information compiled by Lloyd’s List.

Tanker owner Navios Maritime Acquisition has axed dividend payouts as it posted a loss for the fourth quarter of 2020. Chairman and chief executive Angeliki Frangou said that while the outlook for the tanker sector has begun looking brighter, “the market remains difficult today”.

Tsakos Energy Navigation has clinched two-year charters for four long range one product tankers that it says illustrate the early stages of a recovery in tanker earnings.